Safety is a big concern with this proposal. 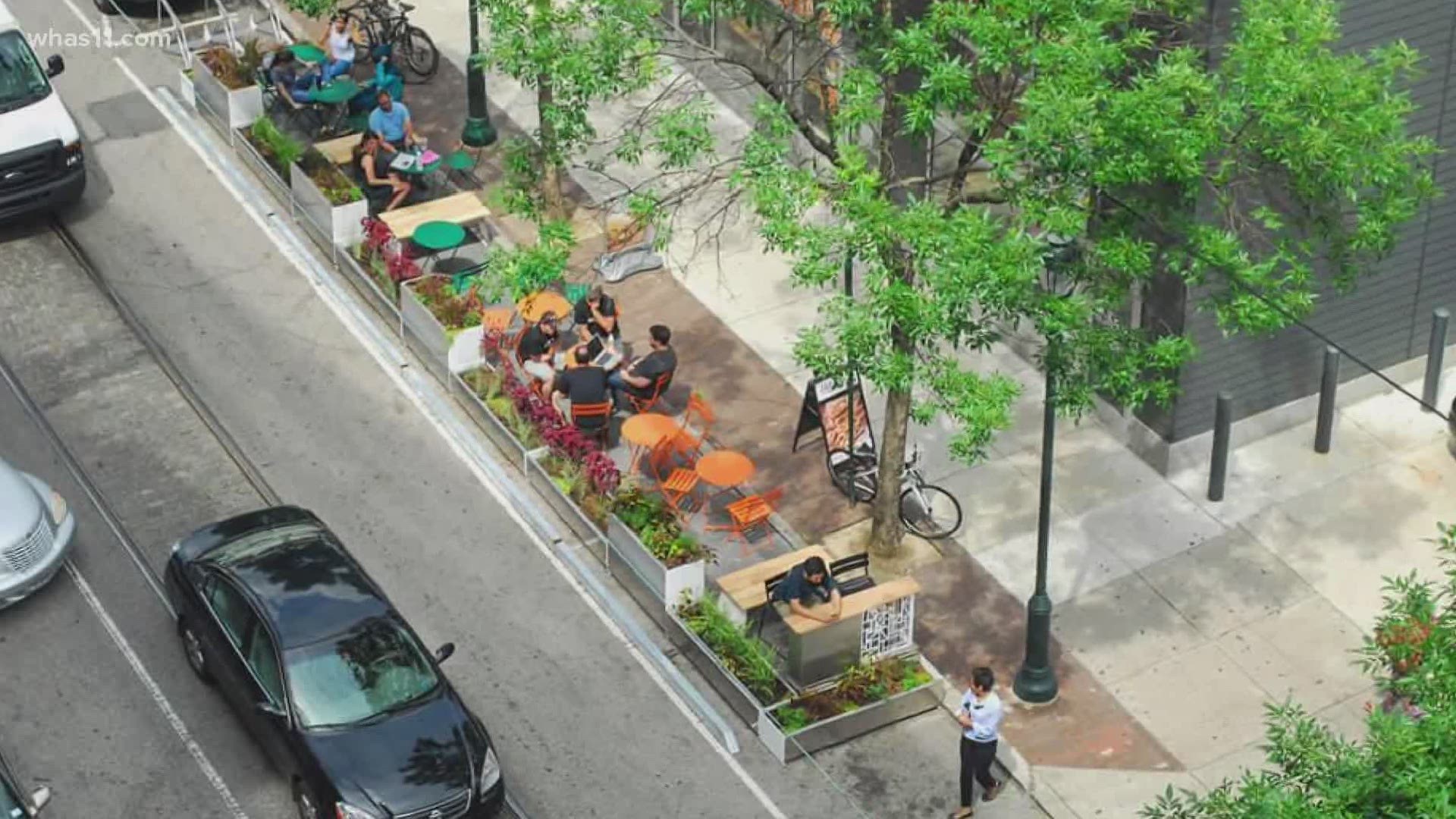 LOUISVILLE, Ky. — Like many restaurant owners in Kentucky, Michael Coe was not thrilled when he learned earlier this week his restaurant, Highland Morning, would once again have to cut down on its seating.

"It was a kick in the beans, I'll tell you what. It's been a struggle," he said. "It's belt tightening time for a lot of people. It's survival mode. It's not about greed. It's survival."

Governor Beshear announced Monday restaurants in Kentucky would be restricted to just 25 percent capacity indoors after seeing the number of coronavirus cases rise throughout the state. Outdoor capacity would remain at 100 percent. While some restaurants along Bardstown Road do have patio spaces and large outdoor seating arrangements, it's a little harder for places like Highland Morning, which had three seats outside its front door, which directly faces Bardstown Road.

Shawn Reilly, a community organizer and the president of the Tyler Park Neighborhood Association, has also been looking at options. He said he has been working with the city and the state to try to implement an idea that he has seen in other cities - turning some of the roadside parking spaces along Bardstown Road into dining spaces.

"If we can help out Highland Morning here add even 15 chairs to his restaurant, I think that would be a big success," he said.

Safety is also a big concern with this proposal. The Bardstown Road corridor is also one of the more dangerous roads in Louisville, with state accident data recording more than 200 accident reports on Baxter Road and Bardstown Road between Broadway and the Watterson Expressway since the beginning of this calendar year.

According to Reilly, the city would work with restaurants in obtaining and setting up large barricades that are seen on the highways to separate the diners from the street.

"Other cities that have done this are seeing that traffic is slowed down a little bit and it's a calmer traffic, so I don't think we're going to have the bad speeding problem that we had if a lot of businesses start adopting this approach," Reilly said.

While this plan would temporarily eliminate some parking spaces along Bardstown Road, Reilly said it is a small trade-off to keep these businesses afloat.

"I think it's a sacrifice that we have to be willing to make in order to help save these businesses that we love, that we love to go to," Reilly said.

Reilly said he has been primarily working with Louisville Metro's Office of Advanced Planning on implementing this plan. He said he has also had to work with the Kentucky Transportation Cabinet because Bardstown Road is a state road.

Coe said he is in the process of getting his application together.

Reilly said at this time, he has not received a timetable as to when restaurants may be able to implement this plan.