The company said it would temporarily furlough some workers, while others are reassigned, and some executives within the medical company take pay cuts. 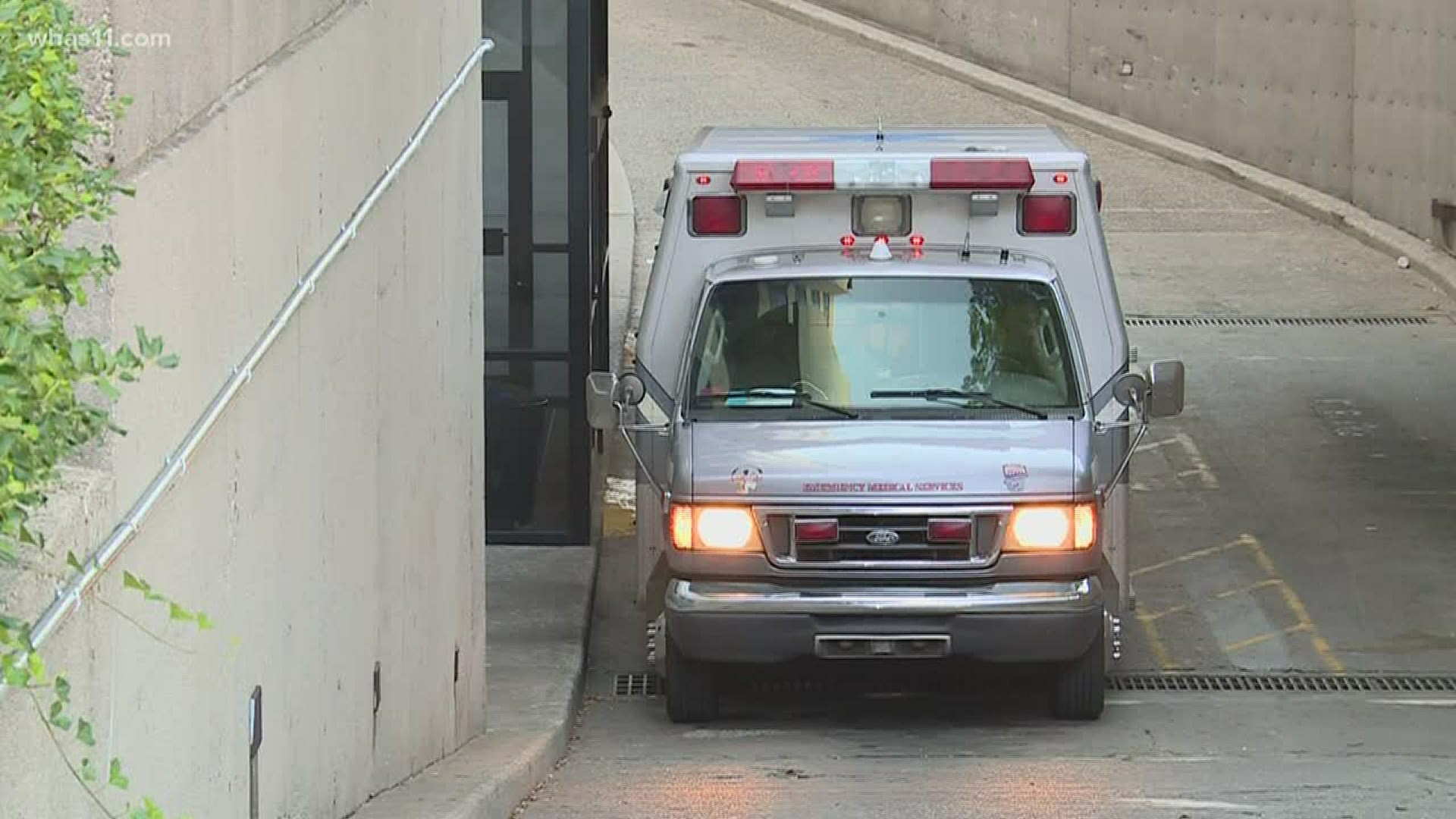 LOUISVILLE, Ky. — Baptist Health announced Thursday it would be making staffing changes across its eight-hospital system, and corporate headquarters, amid the financial strain during the pandemic.

The company said it would temporarily furlough some workers, while others are reassigned, and some executives within the medical company take pay cuts.

According to a news release, employees were notified Thursday that the furloughs would affect both part-time and full-time workers "in jobs that do not support caregivers or are not critical to clinical operations related to COVID-19." The company said the number of affected employees has not been finalized yet.

"After much thoughtful deliberation, we are re-prioritizing and reassigning some staff to serve where needed most, which is at the bedside providing patient care, and in our communities identifying those at risk for COVID-19," Baptist Health CEO Gerard Colman said.

"He wanted to assure me that none of the layoffs are direct healthcare providing personnel. These are headquarter personnel and back office personnel that will be furloughed," Mayor Fischer said.

Baptist Health isn't the only system likely feeling the financial strain already during its efforts to fight the coronavirus. Gov. Andy Beshear issued an order weeks ago requiring hospitals to no longer perform elective procedures. Many others also aren't visiting healthcare providers for non-essential medical needs or check-ups.

"We estimated that the reduction of those services would cost our hospitals for the two month period, the 8 week period, at a minimum, $600 million of revenue," Carle Herde said. "We actually believe its going to be significantly higher than that. We're actually estimating over $1 billion dollars when it's really all added."

Herde is the vice president of financial planning for the Kentucky Hospital Association. With over 30 years of experience in the medical field, Herde said he never experienced the financial strain hospitals are going through now.

He said the "significant" financial hit hospitals around the state are seeing right now is largely due to the lack of elective procedures.

"Typically surgery is what drives the profitability of hospitals that allows hospitals to provide all of the other services that don't make money," Herde said. "It's almost a double hit because what you're doing is taking away your most profitable services that supports your existing business and then what you're left is a waiting period in order to take care of patients as we think they will come in, at some point in time, when the surge finally hits."

"All of this is just happening so quickly. I think everybody is a little overwhelmed with the capacity issue," Herde said. "They're trying to deal with the immediate need at issue for the community, and yet if you expend all your resources on the front end now and don't save some of those resources for months down the line, are you going to be there to serve your constituency at that point in time?"

The bigger concern and uncertainty for hospitals is what will happen in the long-term. Herde said even after the surge, potential patients may still avoid elective surgeries or medical care visits until there is an available COVID-19 vaccine. He raised concerns over that uncertainty.

"It's not just the immediate need. The question is three-six months maybe even a year from now, that's what we don't know," he said.

Herde said he gives credit to the state's legislators who are working to get hospitals resources, including immediate cash, to keep their critical operations afloat.

"One thing is advancing the cash. The question is at what point in time do the hospitals have to pay that loan back and will they have the resources to do so? And that's what I don't think we know yet," he said.

Smaller hospitals may have the ability to apply for small business loans, Herde said. But the bigger hospital systems will possibly get state and federal funds.

In the meantime, Herde said the furloughs were likely something Baptist Health felt it had to do to conserve resources while it waits for funds.

"It is the last resort. You are in a position where you feel you have no choice but to do that," Herde said.

Baptist Health said furloughed workers will be eligible for unemployment compensation and will remain eligible for their health benefits.

The company said these measures are only "temporary" and it intends to return to normal operations as soon as possible.