When you have five dogs, what’s one more, right?

“I would have never looked at Lollie. You saw what our other dogs look like. She’s not the kind of dog I would have gone in and thought about,” she said. 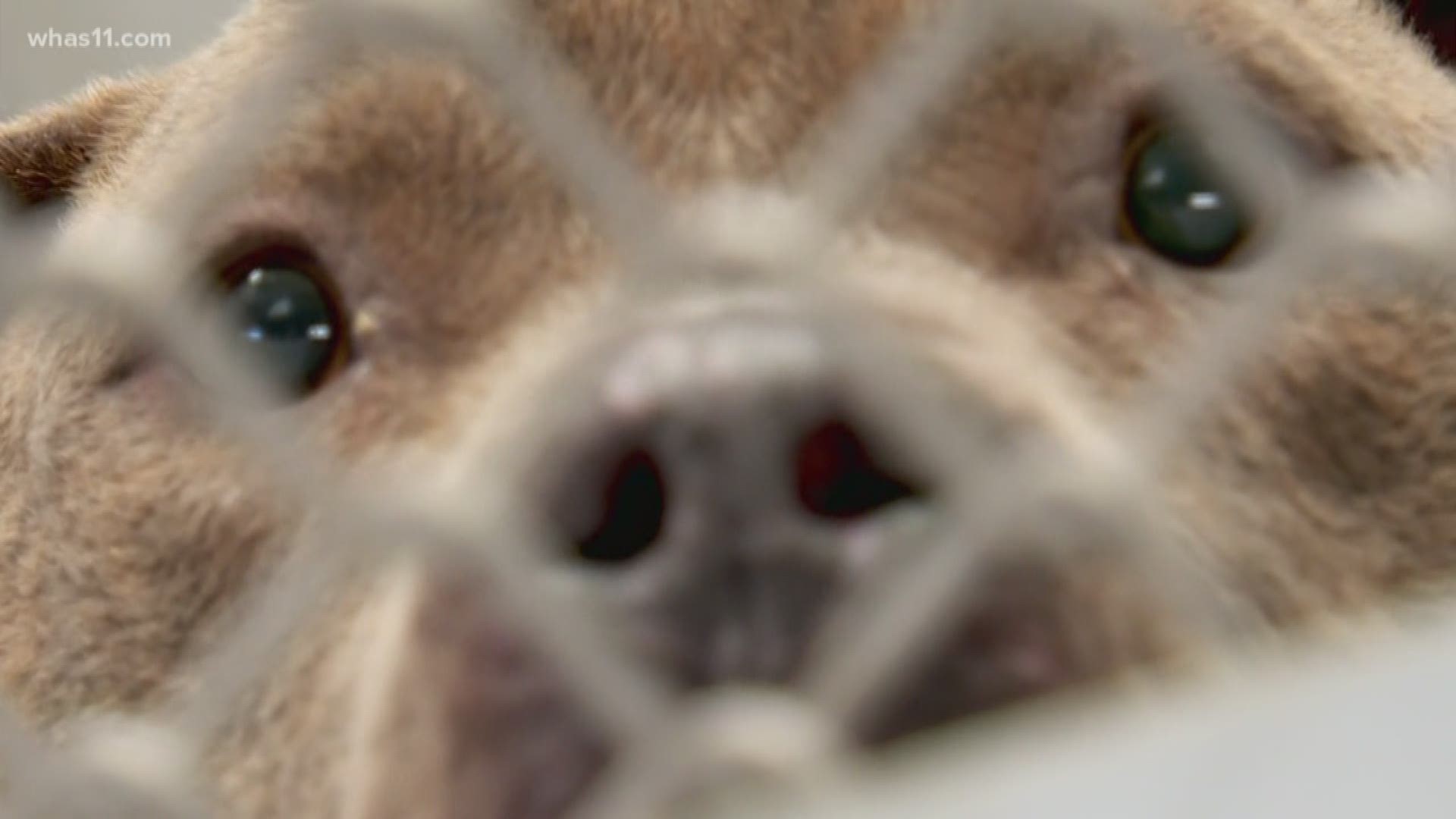 They began their opportunity by participating in the foster field trip program – a program started in 2017, designed to allow potential owners take long-stays at the shelter on special trips to help bring down their stress level and improve their overall behavioral health. It also promotes the adoption program at the shelter.

“I just couldn’t take her back to the shelter that day,” she said.

Most strays are adopted within 10 to 15 days but Lollie has been waiting for a home for six months.

“You can tell that she’s going through some stuff. Her ears are missing, and she’s got some scars – but it doesn’t matter,” Christine said. “I think that scares people. They come in as strays, so you can’t really say. Was this a fighting dog? I don’t know. It could have been a fighting dog that they just let go. So you really don’t know their history,” she said.

Even after pup cups, playtime and kisses, Christine still felt a familiar sense of fear with Lollie.

“I don’t like to admit it but when I got her home and she was with my 16-pound Boston terrier, there was – I felt that. And I caught myself and I was like she’s just like any other dog. There is no reason to feel that,” she said.