All six backboards on the Bryson Tiller Court are shattered. Still, the vandalism did not deter people from coming to the court on Memorial Day weekend. 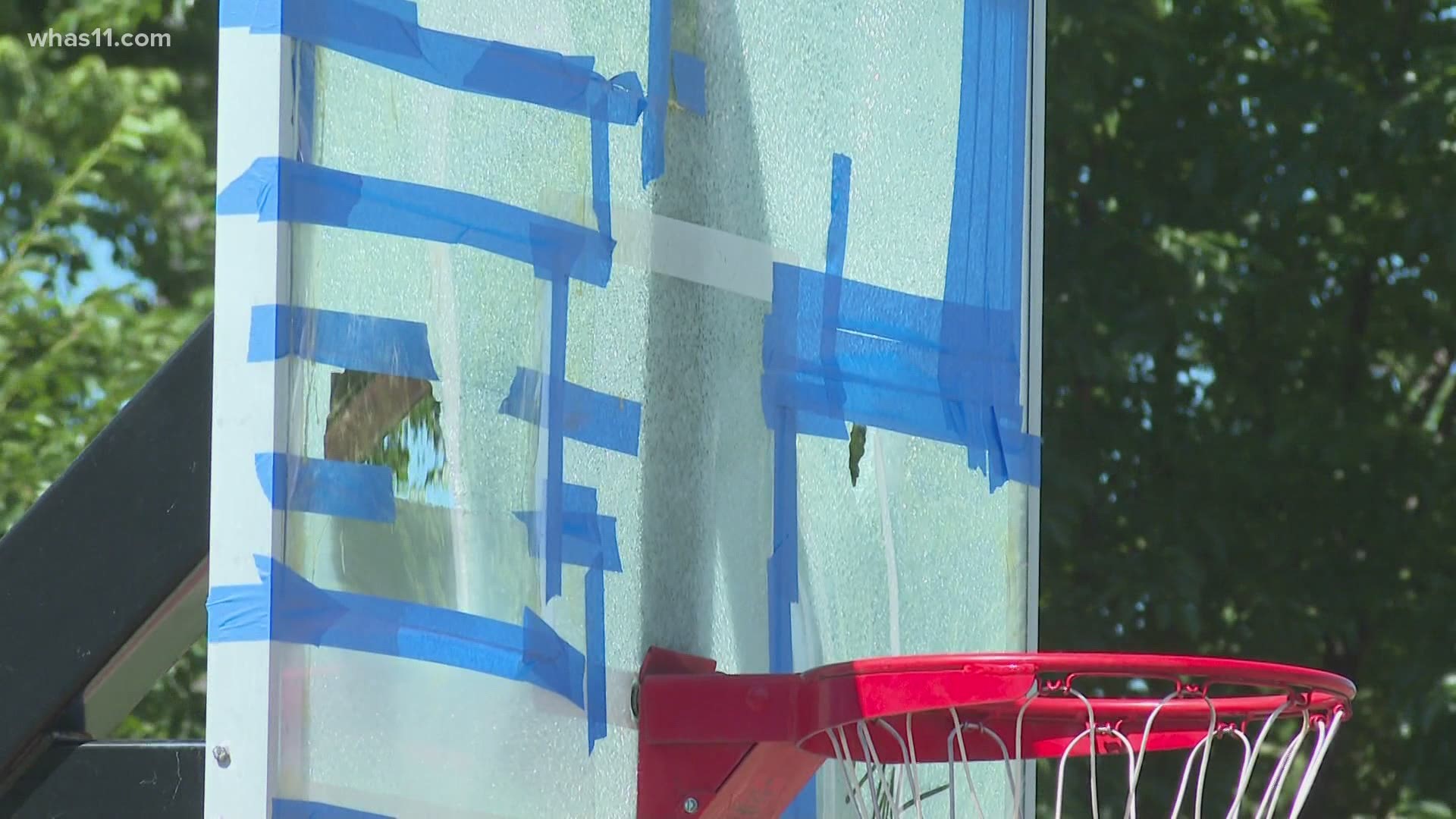 LOUISVILLE, Ky. — Residents in the Beechmont neighborhood are asking for the community’s help after someone vandalized renovated basketball goals in Wyandotte Park.

Photos circulating on social media showed all six backboards on the Bryson Tiller Court shattered. Still, the vandalism did not deter people from coming to the court during the holiday weekend.

"I didn't have work today, I just wanted to go somewhere to play basketball and picked here because it's some of the nicest courts in the city," Drew Brown said. "They're very new and [I was] just extremely disappointed, sad and everything when I came and saw all the damage."

Brown and his daughter Lilly often come to the court to shoot hoops. For them, the court feels like home.

"I started playing because of my dad, and it's something that we can connect and bond over," Lilly said.

Brown grew up near Wyandotte Park, excited when it was announced the courts would be renovated with the help of R&B singer Bryson Tiller, who wanted to give back to the community that raised him.

"When they announced this project, I was really excited, I was here kind of on the opening day for them," Brown said. "My daughter and I, we don't have quick access to go to an indoor gym everyday and even growing up I relied on outdoor courts."

When they arrived at the court Monday, though, they found broken glass and vandalized hoops.

"He brought me here today because I have a really big practice tomorrow, so we were coming up here to get some work in, and then we come up here and to see this and it's really sad," Lilly said.

The two tried to find the least vandalized hoop and went to work.

Mister Ed, a resident who visited the park Sunday, said the damage was not the first he has noticed in recent weeks, and the park has been targeted since the court's dedication in 2017.

"Not something I would say represents our community well and it's unfortunate that a few bad apples really ruined a great place for a lot of people to enjoy," Brown said.

Ed said he is hopeful a security camera caught the culprits in the act. There is a surveillance camera above the court, and Metro Parks said anyone who knows anything should contact the Louisville Metro Police Department.

Metro Parks said it will rebuild the backboards, and community members said they will continue to rally together — not letting any vandals distract from enjoying the court.

"Even if we have to get out here as a community and clean this mess up, to start all over again, we'll do it because you can’t keep us down like that. It was put up there once, we'll do it again because we hope to catch the people who is behind this," Ed said.