Once he goes on exhibit, his time will still be limited as he gets used to it. 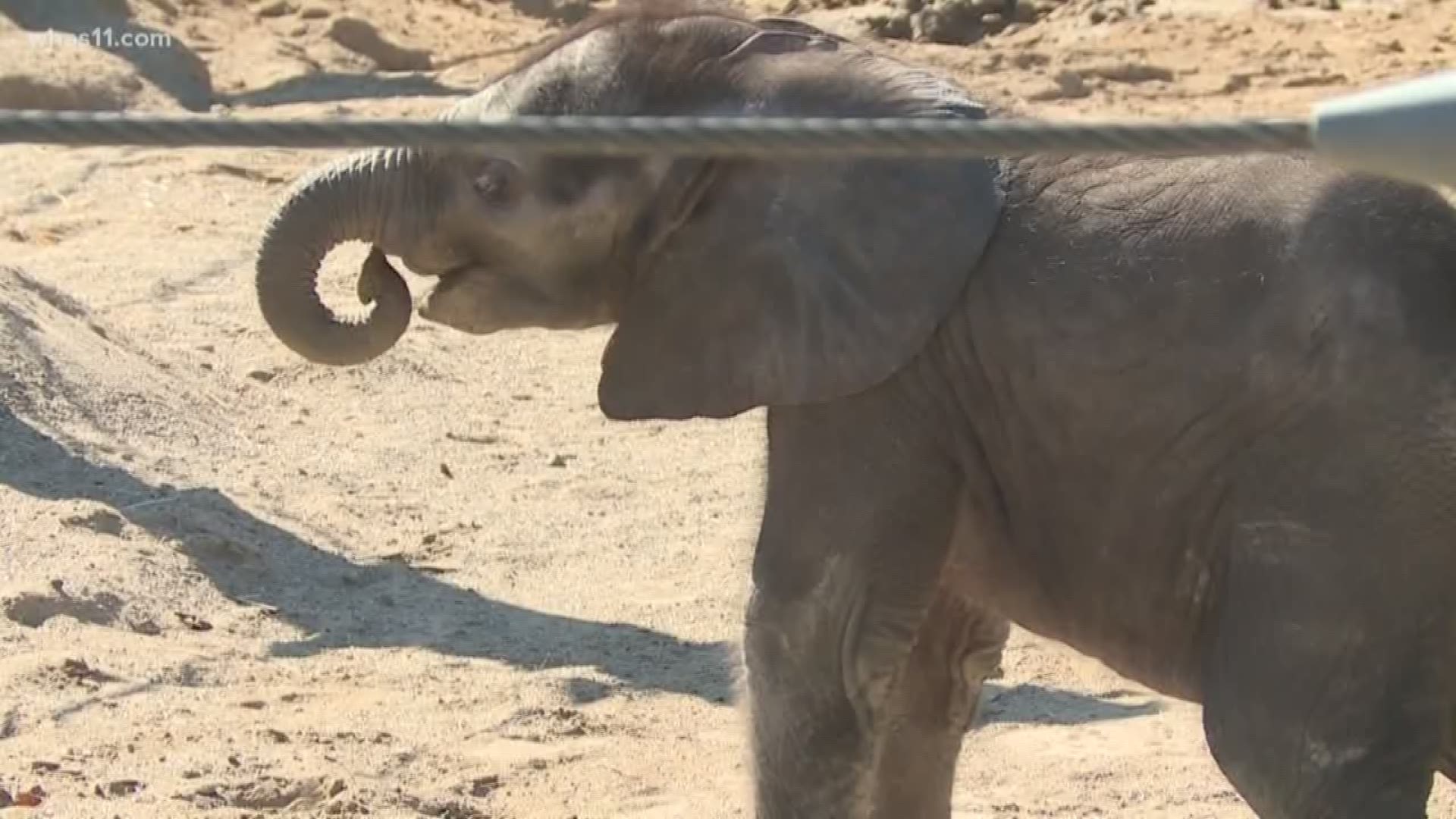 Mikki gave birth to the calf on August 2, making him just the second elephant born at the Louisville Zoo in its history.

Since the birth, the pair have been off exhibit, bonding and spending early mornings in the elephant yard before the zoo opens.

Once he goes on exhibit, his time will still be limited as he gets used to it.