A Metro Police spokesperson said Aubrey Gregory was demoted from major to lieutenant on June 1. 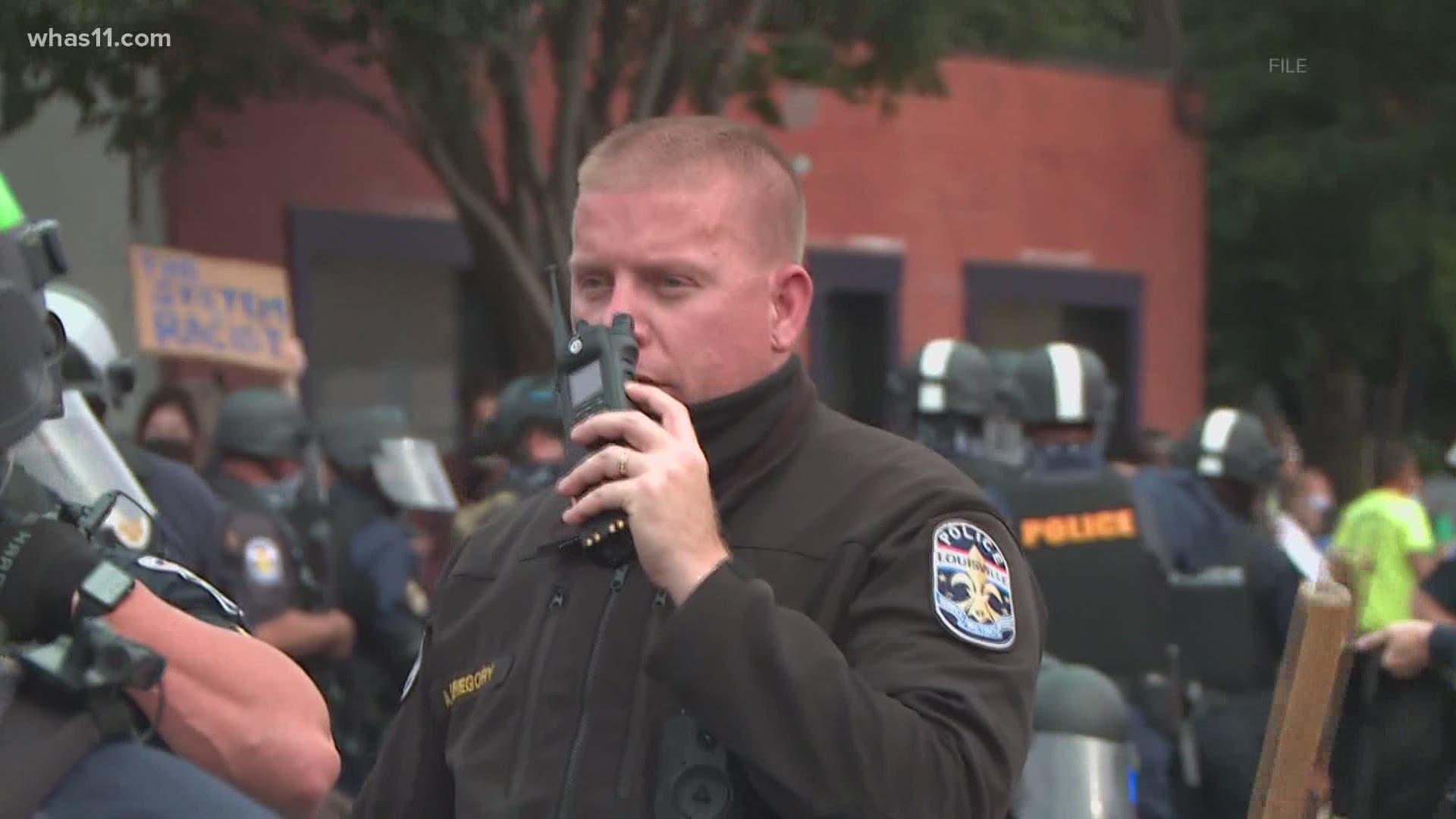 LOUISVILLE, Ky. — A well-known Louisville police officer has been demoted after the department said he used offensive language during a recruiting class.

A Metro Police spokesperson said Aubrey Gregory was demoted from major to lieutenant on June 1.

He had been under investigation since May 21.

Gregory, who was working as the training unit commander, was one of two officers shot during a protest in September.

It was the same day attorney general Daniel Cameron announced his decision in the Breonna Taylor case.