Protesters say the law would outlaw the practice while increasing police accountability in Kentucky. 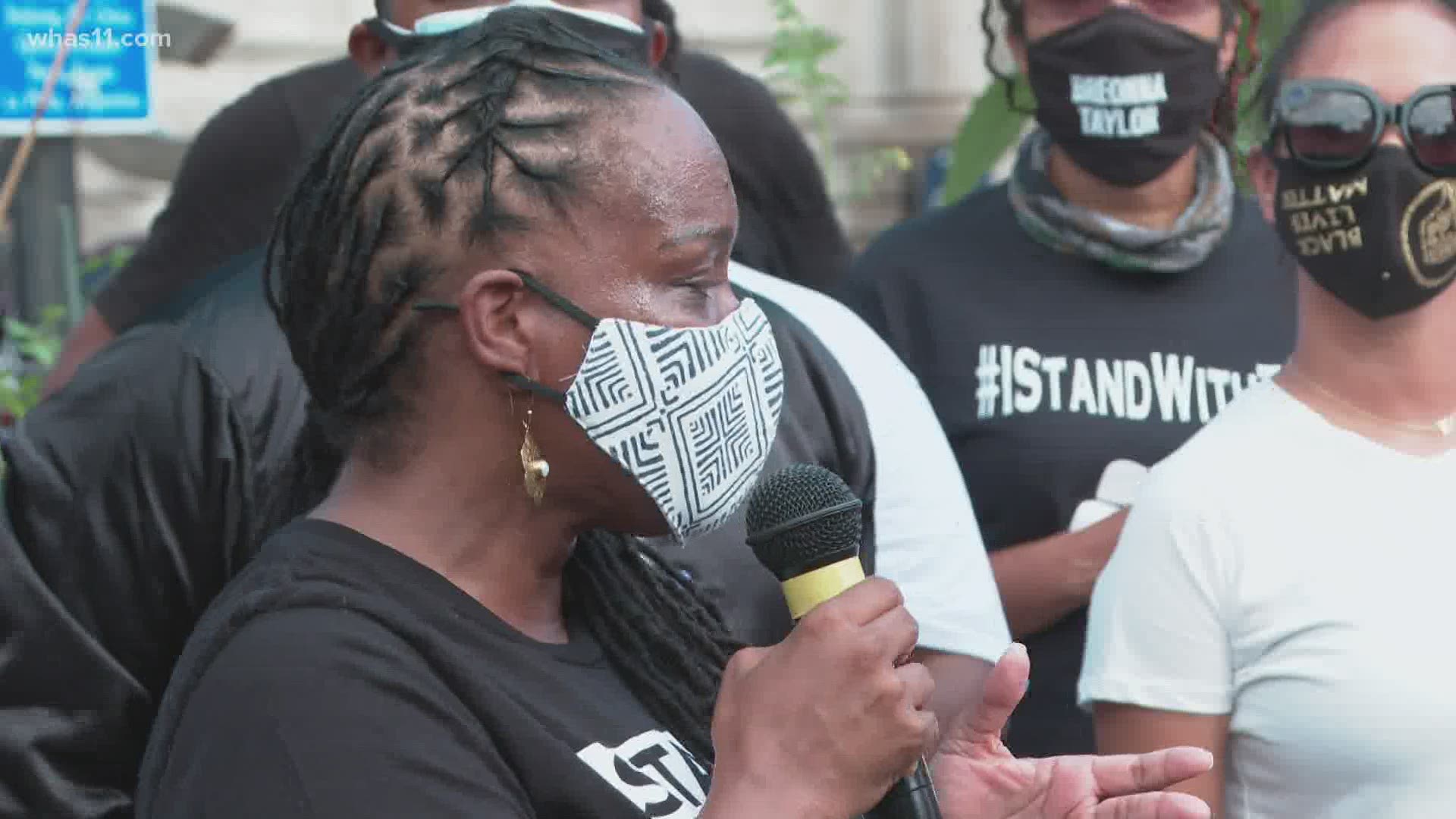 LOUISVILLE, Ky. — Kentucky State Representative Attica Scott is making it her mission to end the practice of no-knock warrants statewide.

Protesters say the law, if passed, would not only end no-knock search warrants but increase police accountability.

Breonna Taylor was shot and killed by police while they were executing a no-knock search warrant at her apartment in March. The incident led to national outcry and calls for action across the country.

“There was never a need for no-knock search warrants like the one used in Breonna’s case, and while this type of warrant is now banned here in Metro Louisville and appears to have little use elsewhere, I want to make sure statewide law keeps it from ever coming back,” Rep. Scott said.

In the bill, Scott said she wants to make sure judges specifically approve “any use of violent entry” when a warrant is executed.

Under Scott's proposed legislation, law enforcement involved in search warrants in Kentucky would always have to have body cameras on and the videos from the incidents would have to be made available if complaints are filed. Officers who aren’t following those requirements “would be subject to being fired or suspended.”

In addition, law enforcement would have to undergo drug and alcohol screenings following a deadly incident, or if they discharge their weapon while on duty.

“Breonna’s Law was an important step for reform for the City of Louisville, and it is an even more important step for statewide reform,” Aguiar said. “Unannounced home invasions are dangerous and deadly for people in homes and for law enforcement. The research and data on no-knock warrants confirm that far too often they end up in tragic results. This legislation would eliminate this from happening in Kentucky. Its support and passage are critical for the safety of everyone.”

The legislation will go before the General Assembly in January.