As thousands are at home, construction workers working on roads are kicking it into high gear

"It's safer for the crews working out in the street, it minimizes the impact to all the commuters, so overall that was our silver lining." 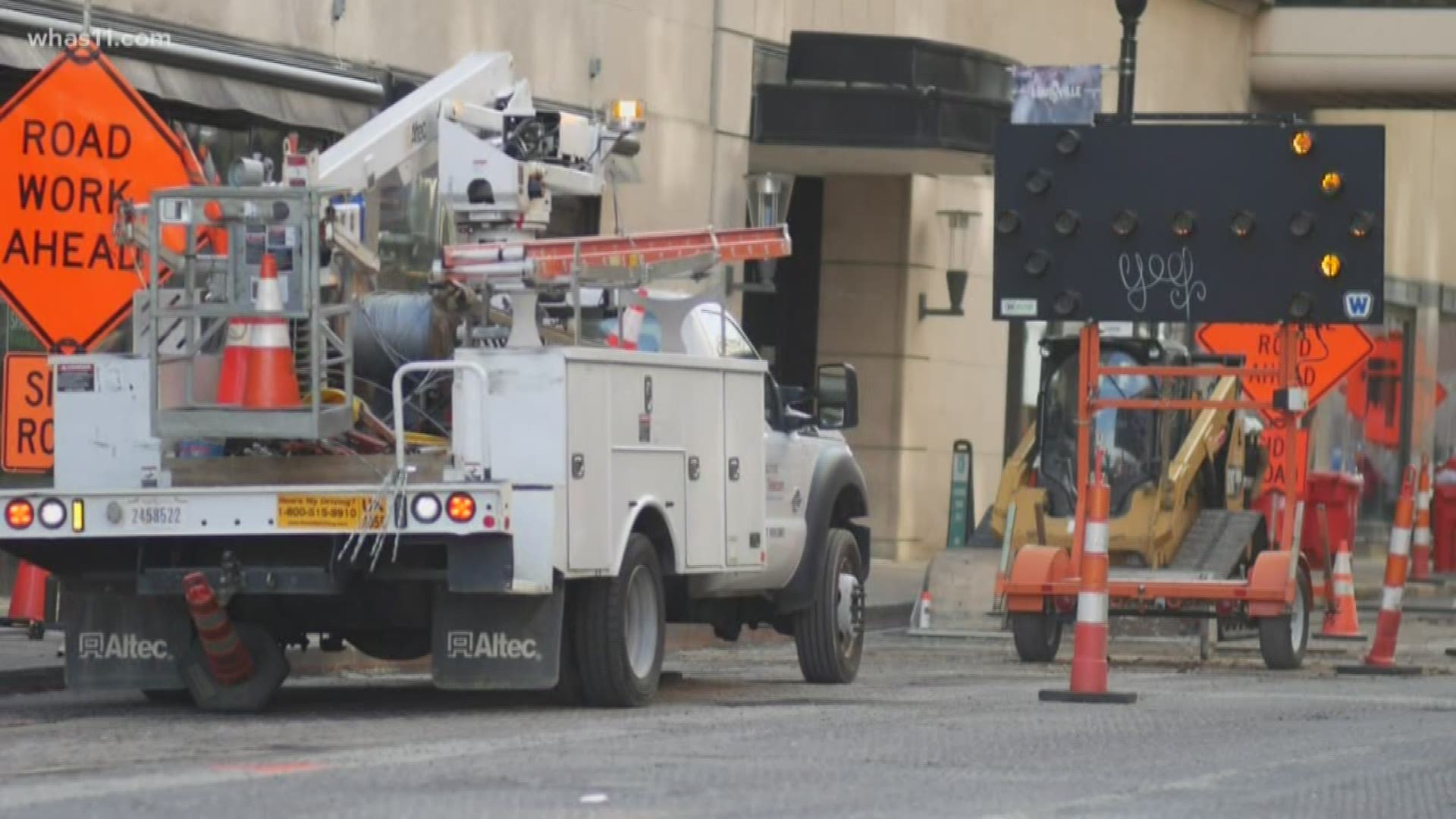 LOUISVILLE, Ky. — As many things are shutting down and closing, construction workers are kicking it into high gear. We spotted crews working alongside I-71 and the Gene Snyder Freeway, plus I-64, clearing trees to get the interstates ready for widening.

In downtown Louisville, orange cones are filling different streets as roadwork is getting completed. The loud noises and bright signs that come with construction usually blend in well with the hustle and bustle of downtown, but now, as the streets are emptier and eerier than ever, they really stand out.

"We joked about this last year, we had a lot of streets to pave downtown and we thought the only way we could make that happen in that time frame was to shut down downtown and that's essentially what happened," said Jeff Brown, the assistant director of public works and assets.

The silent streets are a prime opportunity for these road construction projects to get completed. It's a change these workers never saw coming.

"It's safer for the crews working out in the street, it minimizes the impact to all the commuters, so overall that was our silver lining," Brown said. "While I wouldn't say we're ahead of schedule, we were certainly able to accomplish more than we normally would on a typical work week."

You'll notice the difference as you drive through the city. Brown hopes once people are back on these streets, they realize and appreciate all the hard work that was put into these projects while they were at home. But that hard work is not coming at a price of their health.

"The first thing we started was providing additional personal protective equipment, PPE, so we gave our crews masks and gloves and we also encouraged them to practice social distancing," Brown said. "That was the most important thing to us. We made sure they had the equipment to make them feel safe working out there with other people.

Normally these crews work between 9am and 3pm downtown, but since the closures, they have extended the hours from 7am to 9pm. That is almost twice as much work than a typical day.