Participants with the American Patriot Pride Rally and local protesters had a brief, heated exchange in downtown Louisville on Saturday afternoon. 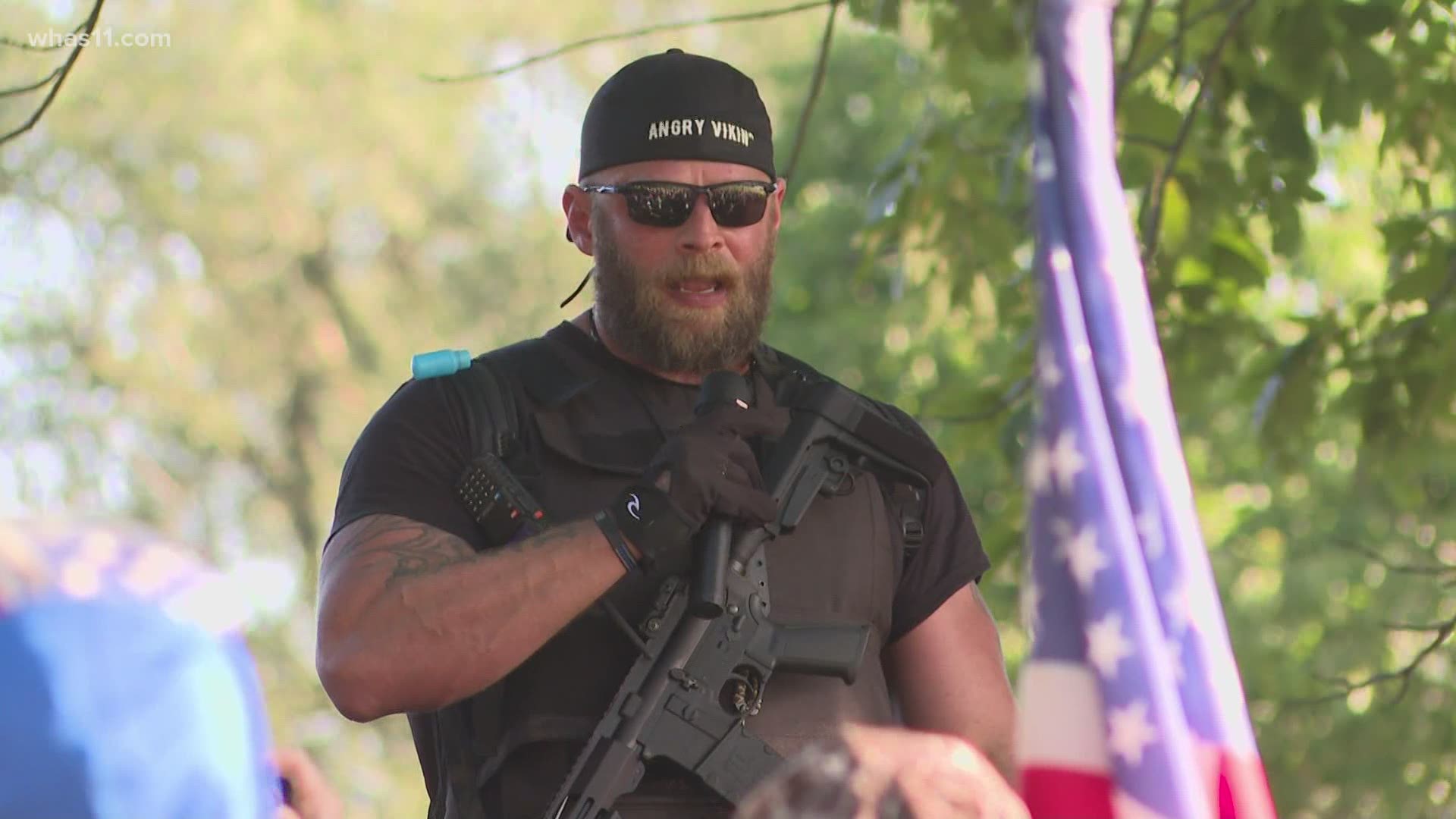 LOUISVILLE, Ky. — Armed with guns and American flags, a crowd of nearly 300 gathered at Cox Park early Saturday to say they have had enough.

They refer to themselves as “patriots.”

“We’re out here to keep people safe, and it’s not about force, it’s about being out and showing up,” a Louisville man who asked to be called Phoenix with the Bear Militia, said.

Some members of the crowd were from Kentucky, and others from different parts of the country, but all said they were here to protect people after the leader of the NFAC, a black militia group, threatened to burn the city in July.

“This is our city and it’s not going to be taken over by people who want to destroy it, Phoenix said.

The American Patriot Pride rally was led by Dylan Steven who calls himself “The Angry Viking.”

The group marched from River Road to Jefferson Street in the heart of downtown Louisville where they were met with protesters chanting "Justice for Breonna Taylor" more than 100 days after her death at the hands of police.

According to Louisville Metro Police (LMPD), the two groups engaged in "yelling and conversations" at one point during the rally. LMPD had units stationed around Jefferson Square Park, but most of its resources were staged near Churchill Downs, where the protests were expected to move.

LMPD said it did not want to escalate the situation and, because of the size of the crowd, the department chose not to directly intervene during the confrontation. As the crowd moved down Jefferson St. officers were able to create a barrier between the two groups to keep them separated until calm was restored.

While the confrontation did not escalate into violence, Louisville resident Derrick Dennis said the possibility was there in the moment.

"If somebody would drop a firecracker or something, it could be a catastrophe out here,” he said. Dennis said he was displeased by the hate in front of his eyes as tensions between both groups heightened.

“These folks are up close and personal and they’re angry...they’re angry at the direction the city is heading, this country is heading, and everybody is pointing the finger at each other - and that could be dangerous,” Dennis said.

Dennis wondered if or how the city can move forward.

“There’s a lot of built-up stress and anxiety, so it’s not overflowing and spilling out right now,” he said.