The Army Corps of Engineers "monitoring the situation and stand ready to assist in this time of crisis." 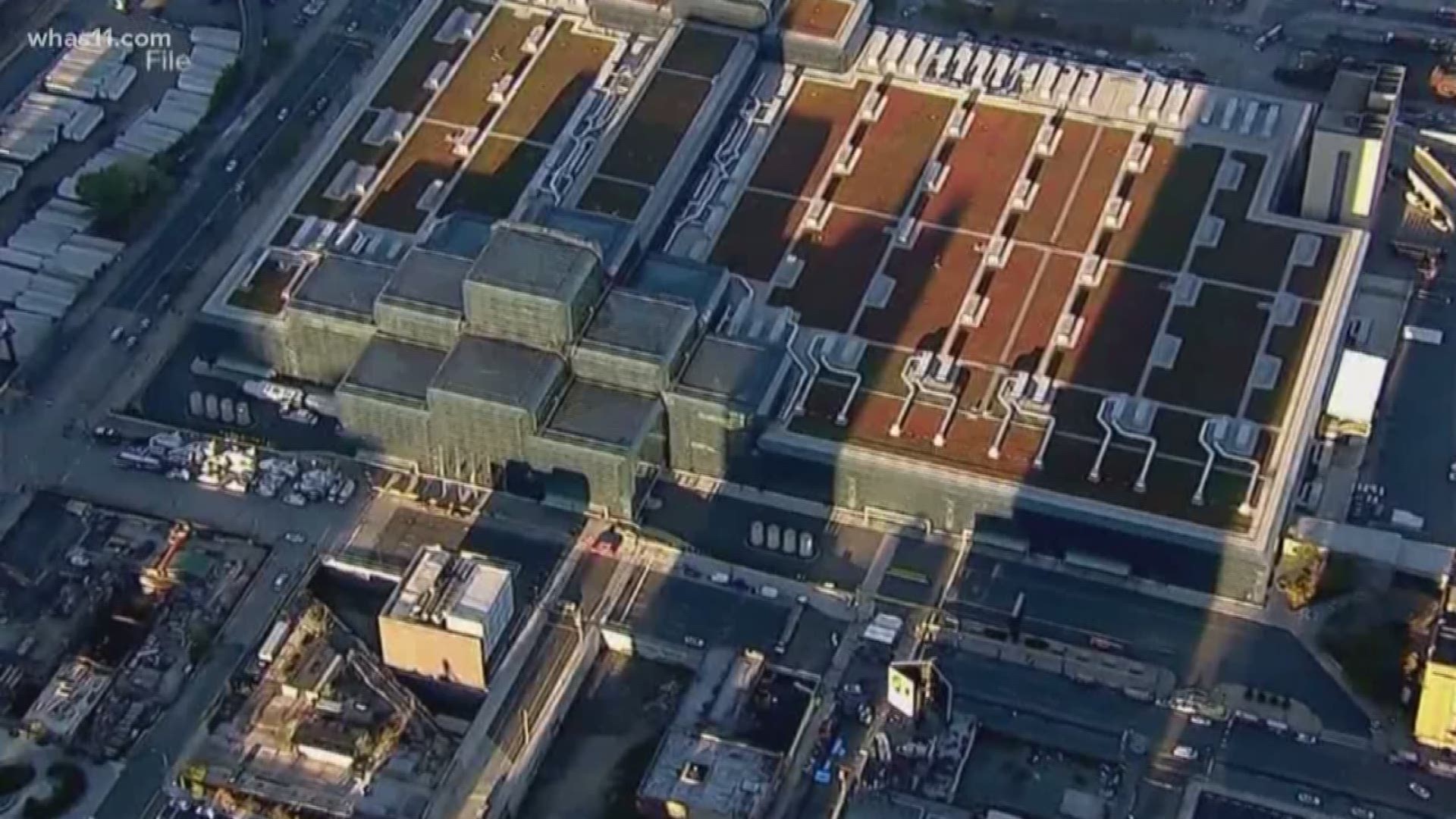 LOUISVILLE, Ky. — Everyday makeshift hospitals are popping up across the country as the nation’s patient load continues to grow. In Louisville, the three major healthcare providers are making plans to accommodate the possible surge in patients.

Outside Norton Women's and Children's hospital in St. Matthews, a white tent has been put up to be the first place patients go when they come needing care.

"That's what we're trying to do here- trying to minimize exposure to patients that don't have the symptoms”, Norton Medical Director, Dr. Stephen Cawood said.

Right now, the hospital staff say they aren't nearing capacity but have plans in place if that starts to change, including using the tent to triage patients as they come in. "If they have acute respiratory symptoms they will be taken to one area of the department where staff will already have on all of the PPE-protective gear that they need."

A UofL Health spokesperson said they have "reviewed all space to identify areas not currently used for patient care, that may be turned into patient care space". They also said "all emergency rooms have the ability to stand up triage tents". That decision would be made based on what's happening in the community.

Baptist Healthcare is a nine hospital system with several rural locations. A spokesperson said they are "sharing resources and allocating those resources to the locations they are most needed." They added they are planning to re-allocate bed-space before expanding to makeshift facilities.

In New York, The Army Corps of Engineers is transforming a convention center into a hospital.

Here at home The Army Corps of Engineers, Louisville District, said they have not received any official requests for assistance but they are preparing response teams composed of technical experts who can provide planning and assessments for the possible conversion of existing buildings into alternate-care-facilities.