Kentucky Gov. Andy Beshear announced a second Louisville testing location to help those who could not schedule an appointment. 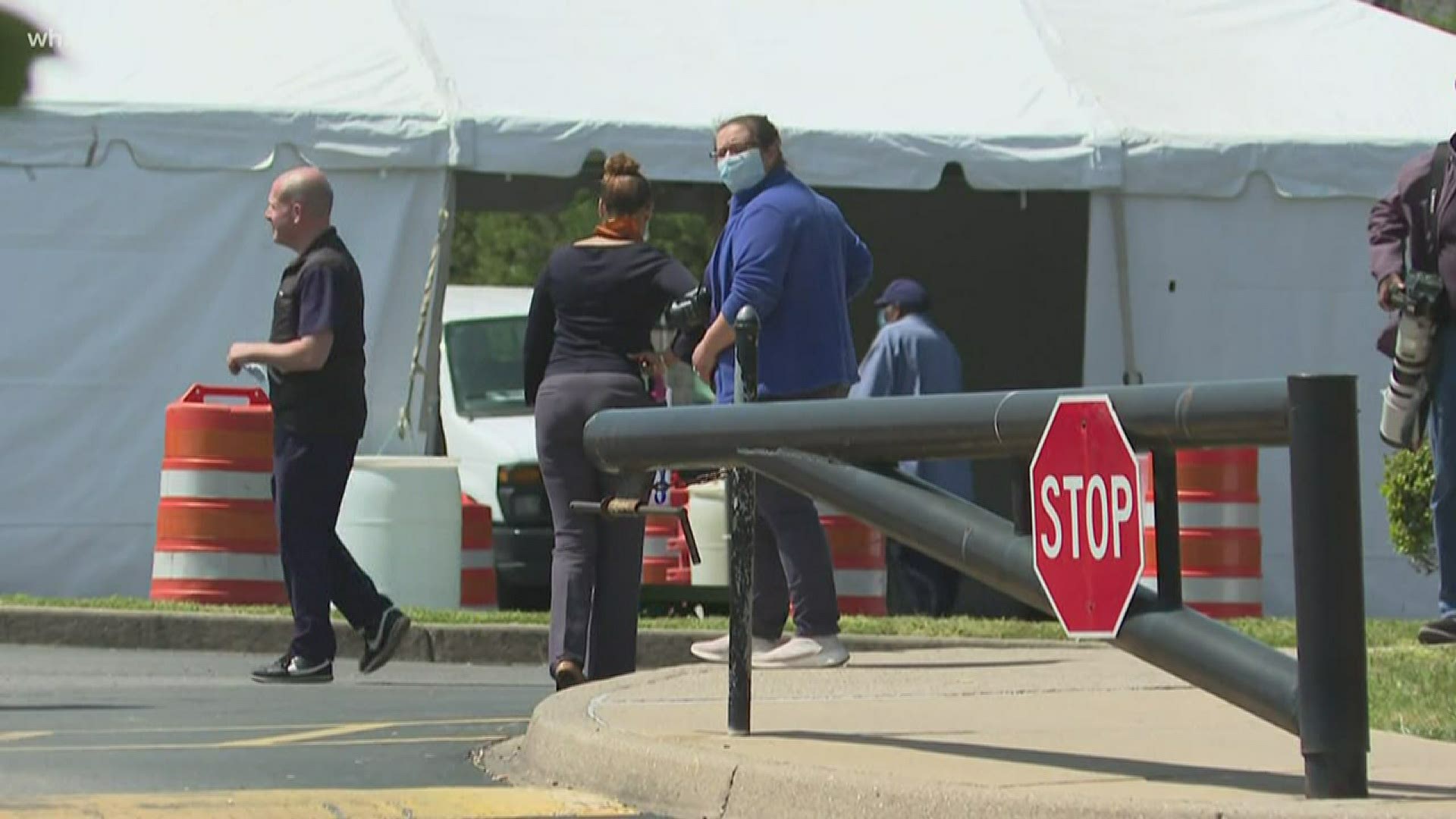 LOUISVILLE, Ky. — Louisville's COVID-19 testing location opens Monday, April 27 at Shawnee Park. While the site is offering free tests to anyone who wants one, appointments have been filled through May 1.

Kroger Health said that while appointments have been filled, they are working to make more slots available. Anyone who wants an appointment for the remaining slots is asked to schedule an appointment here.

To accommodate the testing site, Louisville Mayor Greg Fischer said some pedestrian access and all motor vehicle access in the park will be restricted beginning Friday.

Shawnee Park will remain open to anyone who wants to use the Paul Bather Sports Complex and the Paul Hornung Field. The entire park will remain accessible to walkers, runners, and bicyclists on weekends beginning at 7 p.m. Friday.

Fischer and Gov. Andy Beshear said the site in Shawnee Park was chosen specifically to help African Americans disproportionately suffering and dying from COVID-19 in Kentucky.

“In our city alone, there’s a 12-year gap in life expectancy between certain ZIP codes in our community," Fischer said. "That’s something that my metro government team has been working to reverse for years.”

To help those who cannot schedule an appointment for Shawnee Park, Beshear announced a second location will open in Louisville Wednesday. Beshear said the site at Walmart on Bashford Manor Lane will alleviate some of the issues people had with scheduling.

RELATED: Kentucky testing rate near the worst in the nation