Your absentee ballot must be received by Election Day to get counted in Indiana. 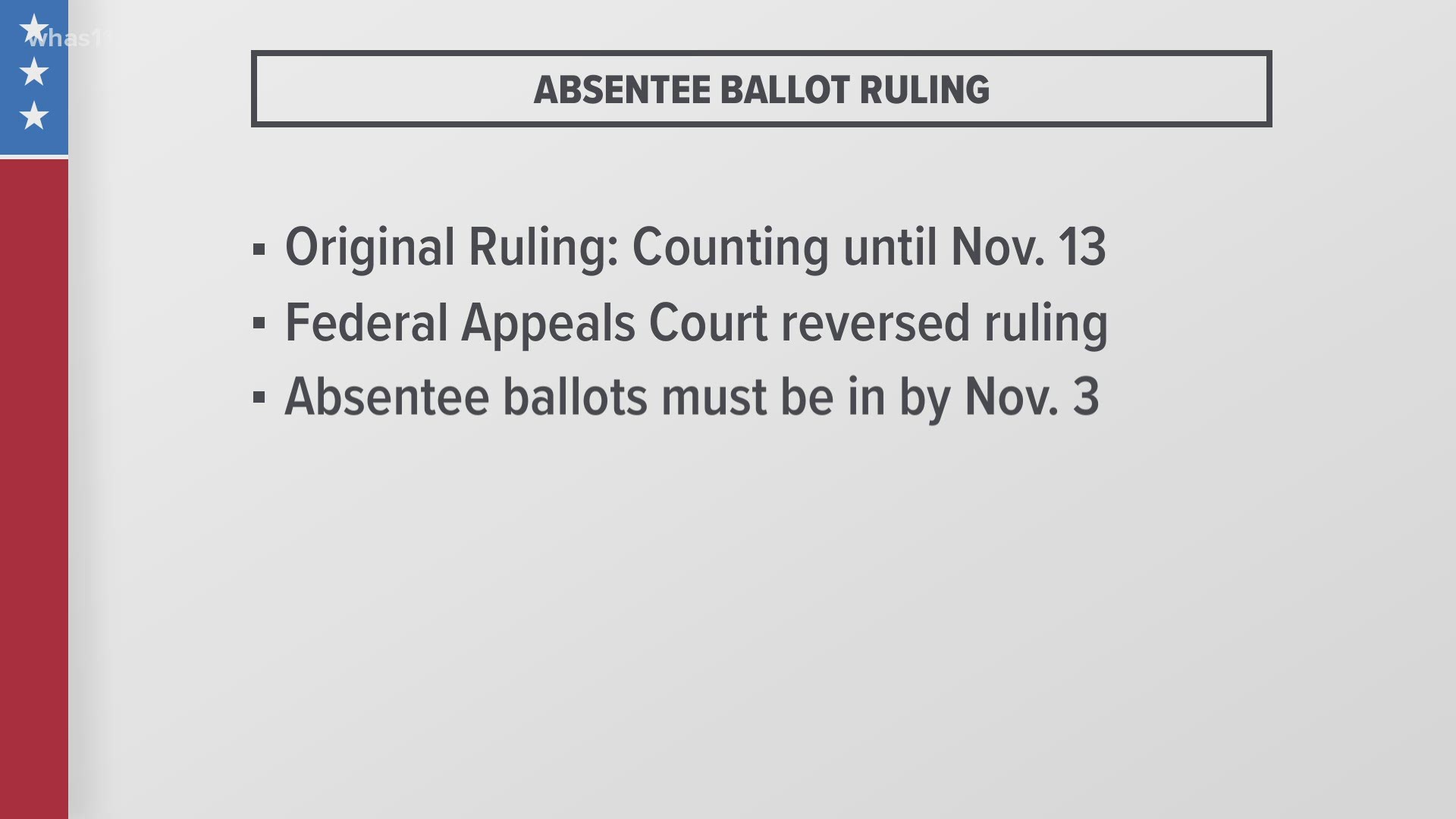 INDIANAPOLIS — Your absentee ballot must be received by Election Day to get counted in Indiana, according to a new ruling.

Current law says officials may only count absentee ballots received by noon on Election Day. After a lawsuit, a U.S. District Court judge declared the law unconstitutional because the pandemic has created a risk that ballots mailed close to Election Day wouldn't be received on time.

But in Tuesday's ruling, the U.S. Court of Appeals for the 7th Circuit reversed that, saying that while the pandemic has “caused great loss,” it is “not a good reason for the federal judiciary to assume tasks that belong to politically responsible officials.”

“Our system provides adequate opportunity for all Hoosiers to cast a ballot by Election Day, and the absentee ballot-receipt deadline as written by the Indiana General Assembly helps most races to be called on Election Day, and not days or weeks after,” said Hill. “The U.S. Supreme Court has said repeatedly that courts should not issue election-related injunctions at the eleventh hour, and we are pleased that the court of appeals has implemented that directive.”