Hess left Louisville in 2018 to work at the FBI headquarters in Washington D.C. In her new role, she will oversee Public Works and Emergency Services. 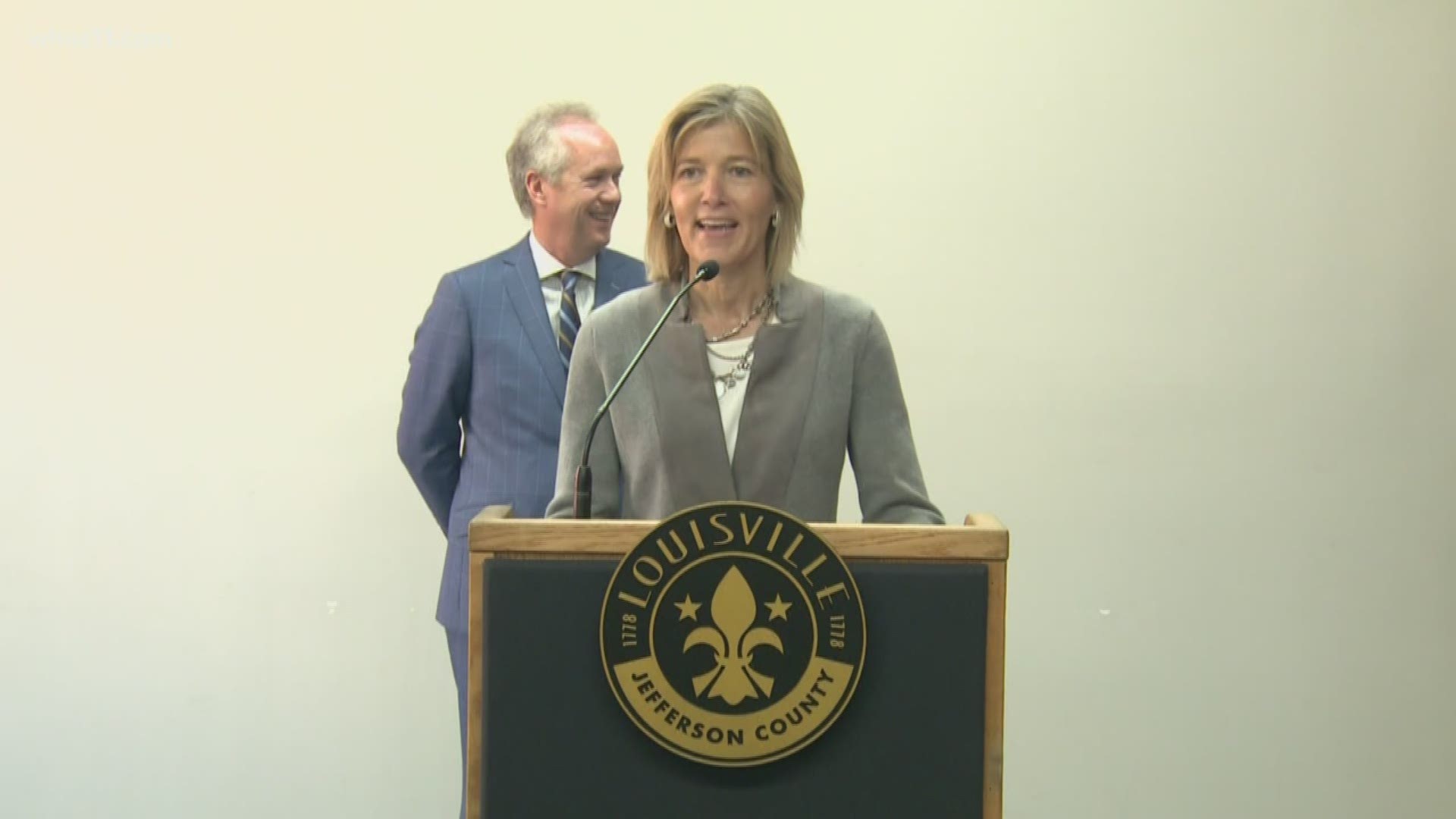 LOUISVILLE, Ky. — (The above video is from Amy Hess' departure from Louisville in 2018.)

In the position, Hess will oversee departments like Public Works, Emergency Services, Corrections, Fleet and Facilities, and Animal Services. The former Chief of Public Services, Doug Hamilton, retired in July after serving the Louisville community for nearly 50 years.

Amy Hess is currently the highest-ranking woman in the FBI, serving as Executive Assistant Director of the FBI's Criminal Cyber Response and Services Branch. Previously, she served as the Special Agent in Charge of the Louisville field office, helping to develop strategies to reduce violent crime and combat the opioid epidemic in Louisville.

RELATED: Back to FBI headquarters for Louisville's special agent in charge

"I know from my previous role here that the men and women of Louisville Metro Government are hard-working, talented, and committed to public service," Hess said. "I look forward to contributing to this great team."

In a press conference on Friday, Hess said she looks forward to taking what she learned in the FBI and applying it to the new role.

"This is a great opportunity for me to not only understand the law enforcement side, but all of these other things that fit into really making a community," she said.

"Her deep knowledge and experience with our region and its complex systems make her an incredible addition to our team," Mayor Fischer said.

Louisville Metro Animal Services Director Ozzy Gibson has been serving as the interim Chief of Public Services since Hamilton's retirement. He will continue as the director of LMAS and will assist with Hess' transition. He will also take on the role of Senior Advisor on Special Projects at the Mayor's Office.

"I am deeply grateful to Ozzy for stepping up in this interim period and serving as a strong leader for the Public Services Cabinet," Mayor Fischer said.

Hess will officially take over the role February 1, 2020.