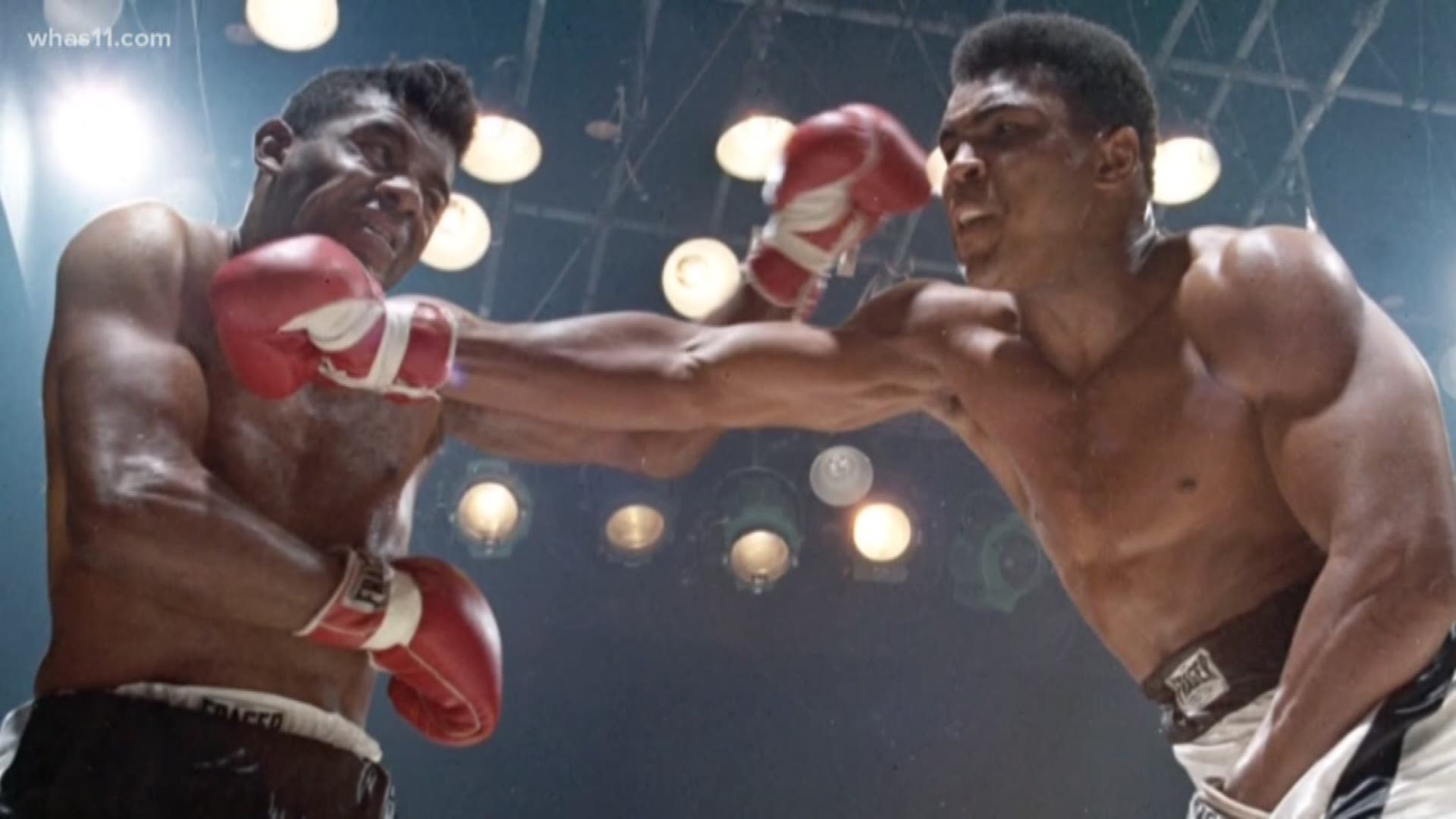 LOUISVILLE, Ky. — (WHAS11)-History was made as the Louisville International Airport unveiled its new name.

“Muhammad Ali’s incredible story, his connection to our city and his legacy present us with both an opportunity and a responsibility. We must do more than preserve his legacy; we must nurture, cultivate and advance that legacy because the name Muhammad Ali – and the values that he stood for – will forever have the power to inspire people to make the world a better place,” said Louisville Mayor Greg Fischer. “That’s why we’re renaming this airport for him, why we’re unveiling a logo today that symbolizes his boldness and his ability to connect with people around the world – the mark of a compassionate warrior. We want the world to know that The Champ’s legacy is alive and well and growing in Louisville.

The brand unveiling follows action taken by the Airport Authority Board, who voted in January 2019 to change the airport’s name to honor Louisville native Muhammad Ali.

“I am so very proud, yet humbled by today’s renaming of the Louisville International Airport in honor of my late husband, Muhammad Ali,” said Lonnie Ali, widow of Muhammad Ali. “No matter how many miles Muhammad traveled, he always came back to the place he called home and he always made his visitors feel welcome. It is my hope that all people who travel to Louisville will feel that same welcoming spirit as they enter this airport and want to return to visit again soon.”

The range of colors in the brand mark – from deep red to a golden orange – highlight the action of the Champ’s arms raising in victory while signifying strength and power. The shape of the butterfly pays homage to Ali’s famous phrase, “float like a butterfly, sting like a bee” and the context of flight for the airport. These elements combined with the iconic silhouette offer a boldness that is unique to Louisville and its airport.

The unveiling took place as part of Ali Week, hosted by the Muhammad Ali Center to honor The Greatest. This annual event is held the first week of June to mark the passing of Ali with special events, art, music and other activities to celebrate his legacy and impact as a heavyweight champion, activist, cultural icon and global humanitarian.

Nearly 3.9 million travelers pass through Louisville Muhammad Ali International Airport each year and will be greeted with the representation of one of the most well-known worldwide.