It's an ongoing art project called Unarmed: An Afternoon of Images and Reflection created in memory of black victims of police violence. 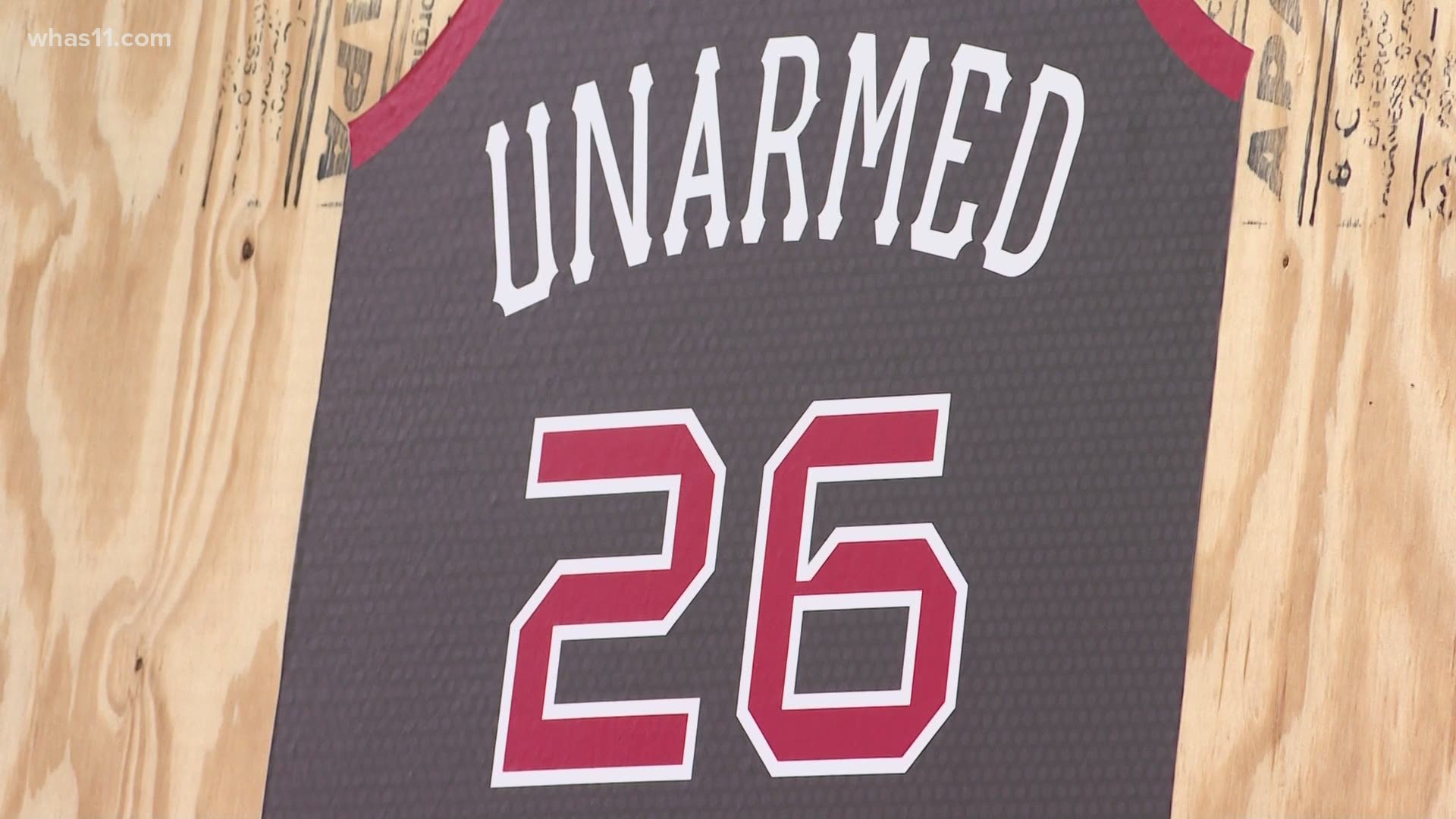 LOUISVILLE, Ky. — The African-American Museum is celebrating a new ongoing art exhibit called Unarmed: An Afternoon of Images and Reflection which was created in memory of black victims of police violence.

New York artist, Raafi Rivero, created a series of sports jerseys, but each jersey designed in the colors of a victim's local sports team.

The number is the victim's age and stars on the jerseys represent how many times that person was shot.

Rivero said he started the project in 2013 after Trayvon Martin's death and as there were more and more victims, he added jerseys including Breonna Taylor’s.

Rivero has also worked with HBO, Microsoft, Sony, Prudential, and many other companies.