A protester stood inside the 'buffer zone' set by Metro Council that allows patients to go in an out of the EMW Women's Surgical Center safely. 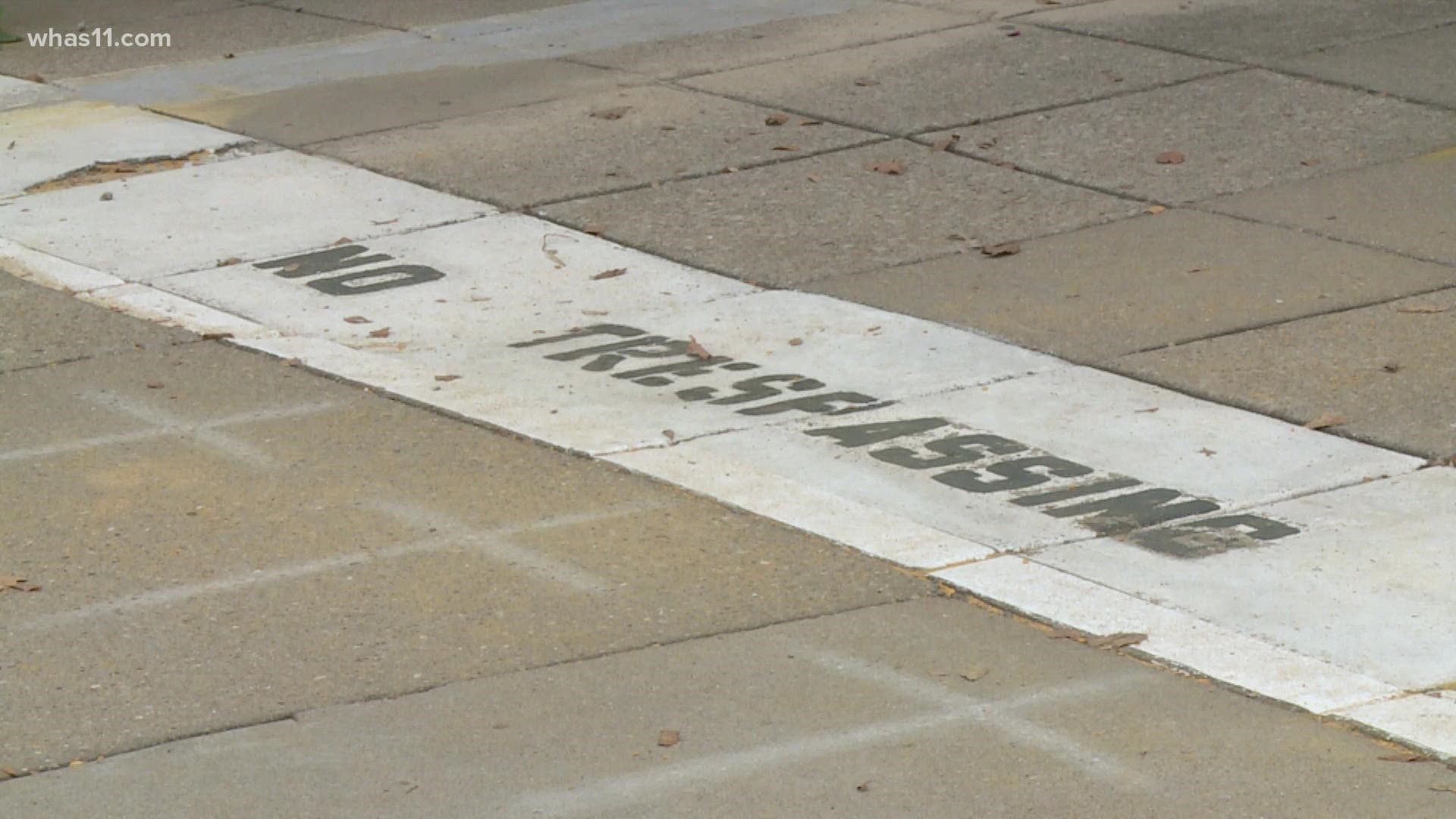 LOUISVILLE, Ky. — A protester appears to ignore the "safety zone" that just went into effect at a Louisville abortion clinic.

This photo shared by a group of volunteers called the Louisville Clinic Escorts shows someone standing between the yellow lines, which marks the 10-foot-wide restricted area at the entrance to the EMW Women's Surgical Center.

That group tweeted out that police were called but they never showed up.

Dude just standing in the safety zone . No police presence for enforcement. pic.twitter.com/sXBlFJRG72

"LMPD responded to two calls for service to EMW Women’s Surgical Center Saturday morning regarding posted signs and protestors entering the buffer zone.  As the ordinance is written, LMPD must witness the violation, either in person or via recording, prior to giving a written warning.  An individual may not be cited for a violation of the ordinance without a prior written warning.  Repeated violations must be witnessed by LMPD in person to be followed by a citation and fine."

"LMPD is currently working on the logistics of tracking the written warnings as well as a training and enforcement plan.  We have been in communication with the County Attorney’s office regarding the enforcement of the ordinance as well as both EMW and Metro Council regarding these issues.  Given the department’s current staffing issues and other priorities, it is neither feasible nor prudent to post officers outside EMW for the purpose of witnessing an infraction."