It's an unassuming spot in the Portland neighborhood, but it's got some serious history to it. Boxing greats like Muhammad Ali used to train there, and now a local nonprofit wants to bring it back to life. 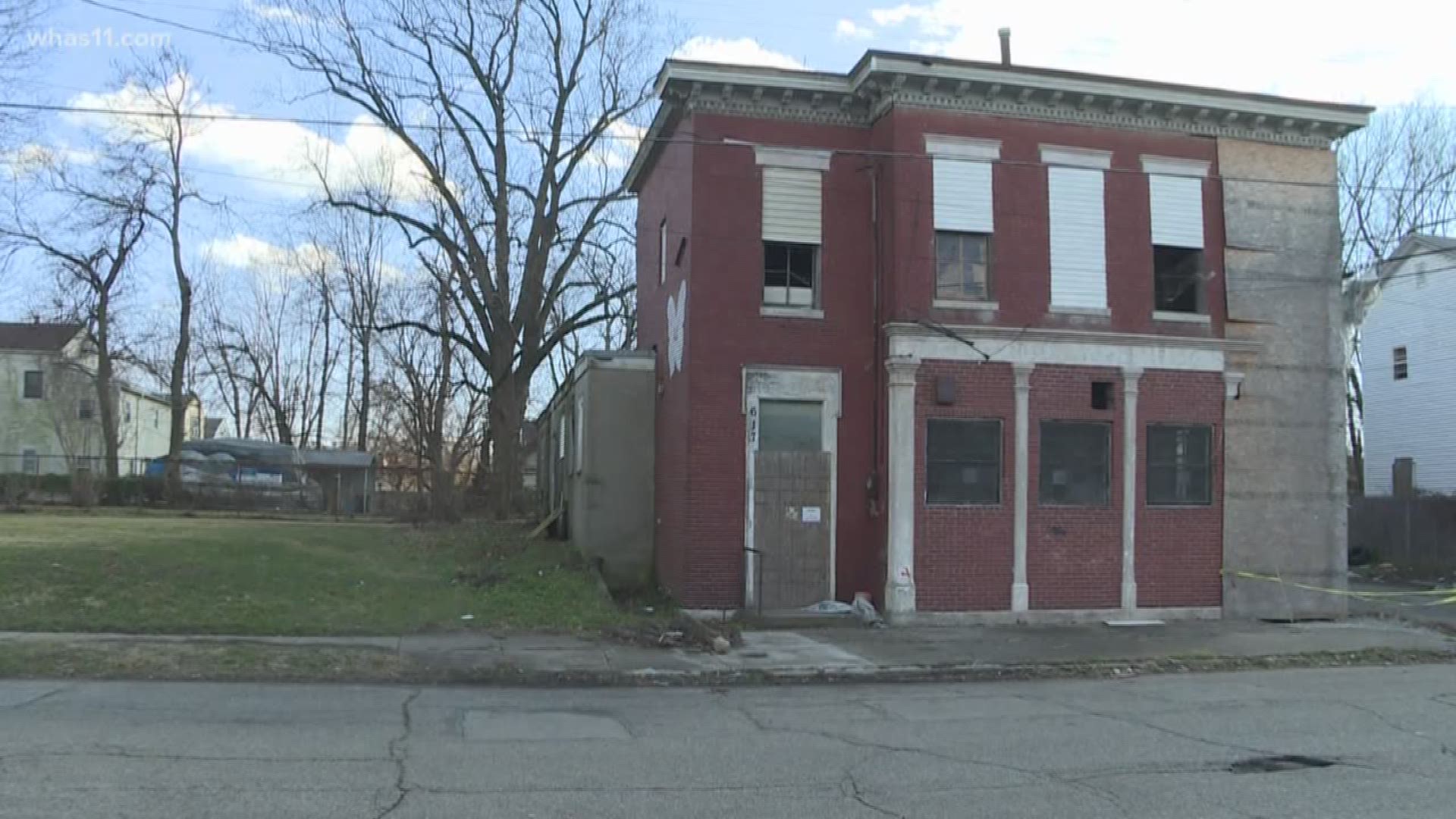 LOUISVILLE, Ky. (WHAS11) –You'll find tributes to Muhammad Ali all over Louisville, and that includes an unassuming building in the Portland neighborhood. It's been abandoned for years, but the champ and other greats like Jimmy Ellis used to train there. Now, a local martial arts teacher wants to transform the space and return it to greatness.

It may not look like much right now, but the old boarded-up building at 617 N. 27th Street is known as Shafer's Hall. It started as a manufacturing space in 1876 and eventually turned into the Portland Boxing Club's gym. Ali made a lot of appearances at the spot and had fighting camps there.

"It has a very wonderful energy inside,” Paul Coffey said.

Coffey started his nonprofit, Jutsu Aiki Martial Arts, in 2010 and moved his work to Portland in 2013. He wanted a permanent home and looked at more than a few buildings, but nothing fit.

"They all just fell through for one reason or another, and I said I'm done. I'm not looking for any more buildings,” Coffey said.

PHOTOS: Muhammad Ali's former gym is getting a new life

Coffey teaches classes just around the corner and stumbled on the building during an afternoon walk.

"I walked this way, and I saw the butterfly on the side of the building. I thought what's that about,” Coffey said.

"It is funny how it works,” Coffey said.

The building set to be demolished is now destined for a new life.

"We're teaching people how to cope with the problems they have picked up through life and how to move forward sustainably and positively,” Coffey said. "My favorite quote is from Masaaki Hatsumi who is the last living practitioner of ninjitsu. He says when I teach martial art, I teach a person to control demons. Sometimes, the demon is in front of you. Sometimes, it's within you."

Coffey can teach it because he's lived it.

"I started martial arts when I was ten. I was being abused physically when I was nine. My family didn't know. I just requested to start martial arts. When I was 11, I had enough physical confidence to stand up to my abuser, and that pretty much stopped that there,” Coffey said.

He started teaching at 14 and hasn’t stopped since. The practice changed his life, and he wants it to do the same for this community.

"We're going to pick this building up and breathe new life back into it,” Coffey said.

The first floor will have martial arts, exercise, tai chi, boxing, and wrestling. The top floor will also be multipurpose, and the nonprofit plans to bring in famous figures to hold workshops in those spaces. There will rooms for art, music, and even acupuncture. Most of the classes are free and paid for by students doing community service hours.

Coffey’s team is working on getting the building on the National Register of Historic Places right now and hopes the designation will help with support. It will also open up the door for support like historic preservation grants and historic tax credits. The nonprofit is already partnered with Champion Waterproofing and said it's a great help with the renovation process.

They're hoping to work on more renovations in February and open up by the end of the year. They are looking for donations, but say volunteers are always needed, too, if you'd like to help. It'll also be on the Ali Tour that stops at spots around Louisville centered on the legend.