Literacy is a fundamental ticket required to fully enter our society. One Louisville woman is taking on inequality by providing kids with the proper tools to read. 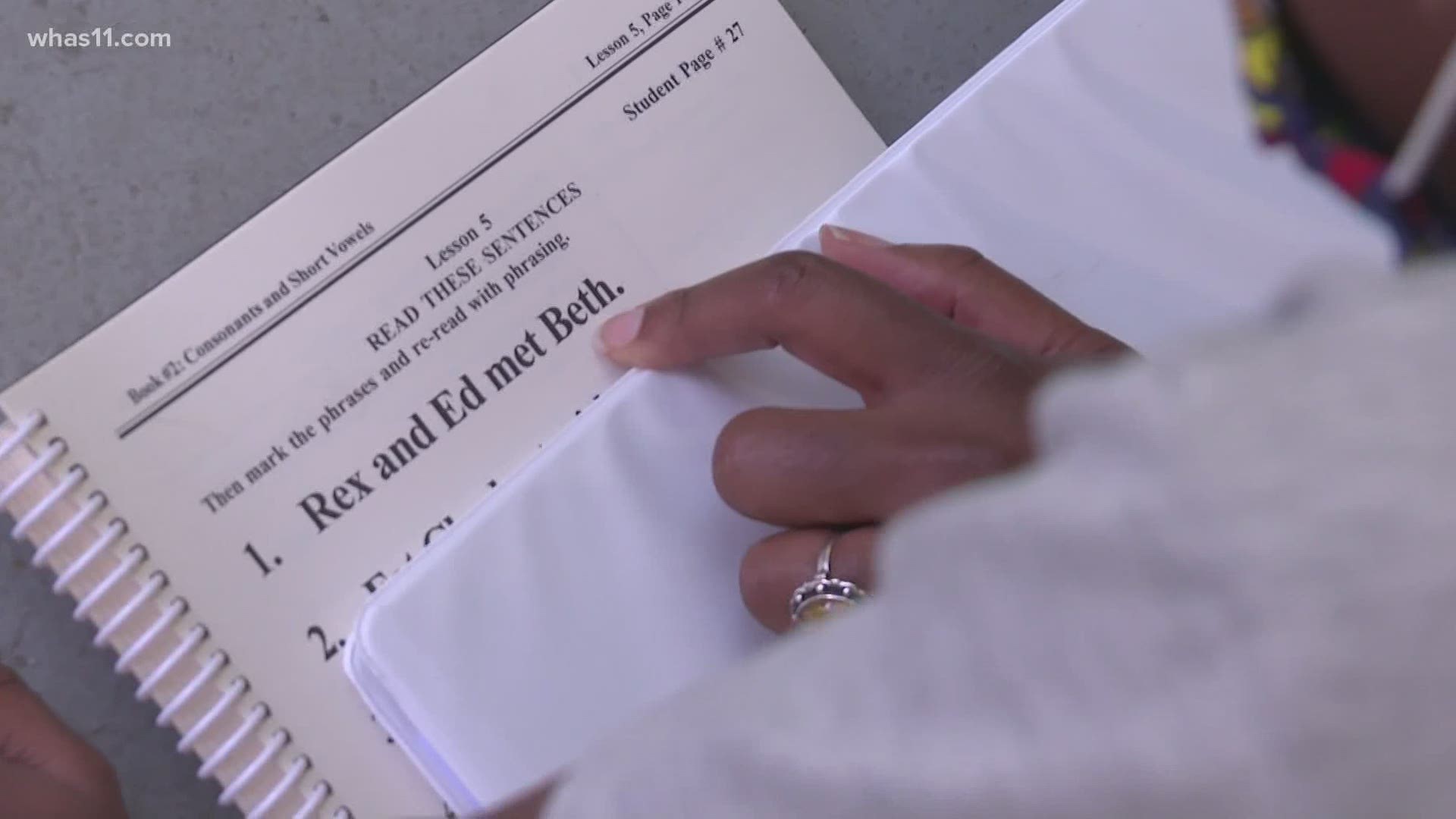 LOUISVILLE, Ky. — Born and raised on the West End, a UofL graduate and former school counselor, LaToya Whitlock said she was taught to grow where she was planted.

“When it was time to invest my dollars into home ownership and where I would spend my money, it is important that I invest in the West End because the West End has invested so much into me. I’m a proud product of it,” said Whitlock, the executive director and cofounder of Decode Project, a nonprofit.

While working as a counselor, Whitlock saw issues in our education system.

She said children were labeled as having emotional issues for acting out.

“A lot of the behaviors that I witnessed were out of academic frustration and because a lot of the students were students of color, all male. Unfortunately, they’re disproportionately penalized for behaviors in the classroom," Whitlock said.

So, Whitlock decided it was time to make a change from the outside in.

“We’re failing. This isn’t a kid problem. This is an adult problem. It’s a systemic problem," Whitlock said.

Literacy is a fundamental ticket required to fully enter our society. It’s so ingrained in daily life, you barely notice reading a menu, text message or email.

“Think about it. How many words have you read in a day?” Whitlock said.

Combating illiteracy was the basis for creating the Decode Project. It’s a new nonprofit that helps identify kids who struggle with reading.

“The students that are traditionally from backgrounds of lower socially economic income and definitely on the West End have access to structural literacy, which is the best way to learn to read," Whitlock said.

There are many barriers that prevent kids from learning to read. Many children don’t have a diagnosis, and getting one ranges between hundreds to thousands of dollars.

“We want the kid to come into the room thinking this is something I can do versus teaching them things they’re going to struggle with,” Whitlock said.

Decode Project currently has a wait-list of 45 students and are training now only children, but parents and future educators as well.

“It’s our responsibility to make sure that kids are receiving what they’re entitled to, which is proper education," Whitlock said.

Whitlock is giving back to the city that she grew up in and the vibrant community that pushed her up to success.