Through the program, crisis intervention teams will be available to respond to certain 911 calls - possibly eliminating the need for a police response. 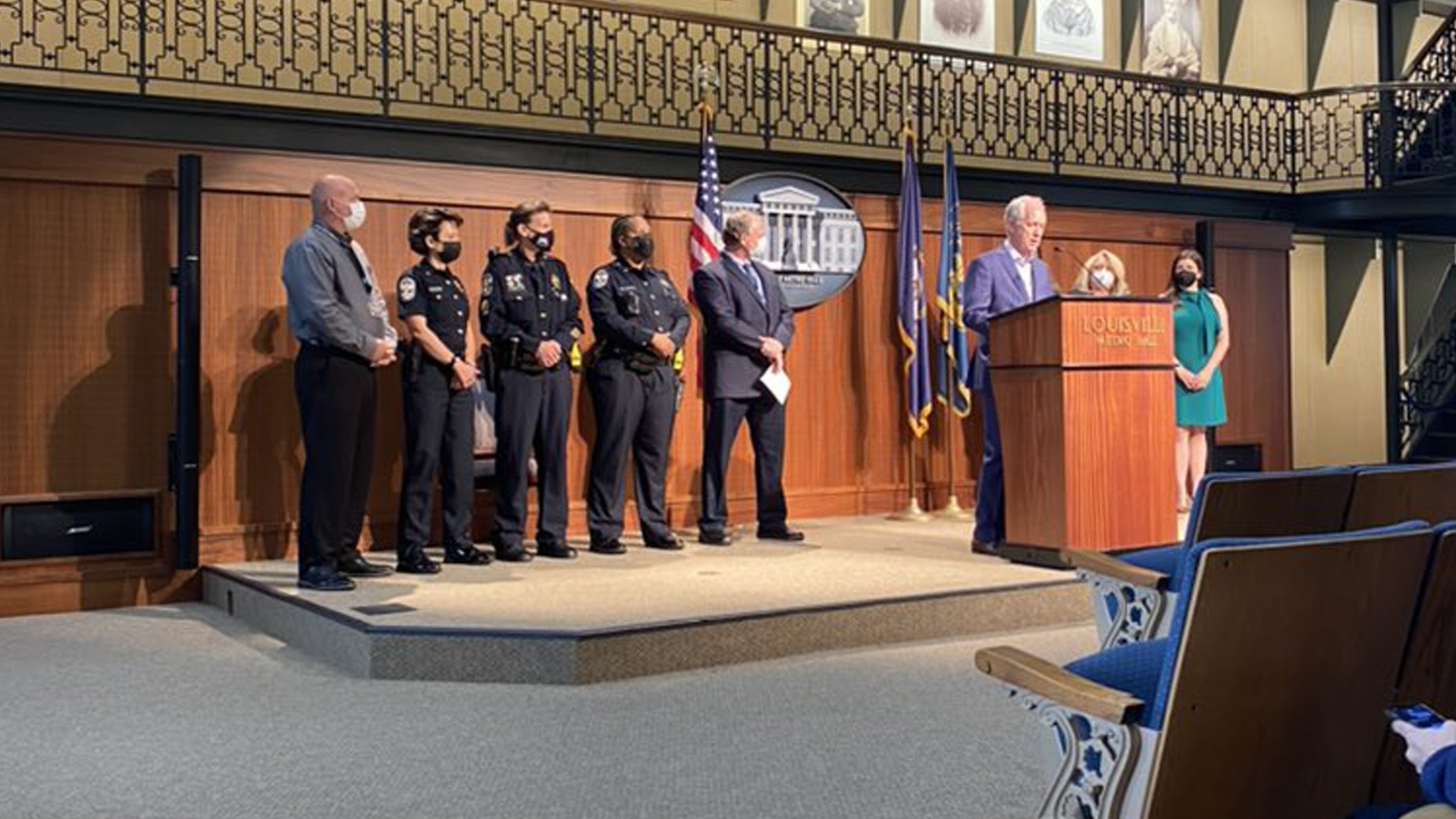 LOUISVILLE, Ky. — The city of Louisville is planning to launch a new pilot program that will provide a more appropriate and effective response to people who call 911 during a mental or behavioral health crisis.

Louisville Mayor Greg Fischer and other community officials released the details of the program Wednesday.

Through the Alternate Response Model, which was developed by a research team at the University of Louisville (UofL), crisis intervention teams will be available to respond to certain 911 calls - possibly eliminating the need for a police response.

Once the program is active, a Behavioral Health Hub will be set up at MetroSafe, according to UofL Assistant Professor Susan Buchino. Dispatchers will be trained to direct certain calls to a trained specialist, who will be able to determine if the situation can be de-escalated over the phone, if the person would benefit from a visit from a crisis intervention specialist, or if there is a safety issue and LMPD needs to respond.

The dispatcher will be able to direct callers to mental health hotlines or other community resources, depending on their situation. If an in-person response is needed, a mobile response unit consisting of trained "crisis interventionists," known as the DOVE Dispatchers, will be available.

“We start having to ask questions to pinpoint 'is this person needing a response from an officer' or 'do they just need professional help from somebody that we don’t have on staff right now,'" MetroSafe call taker Jennifer Hoover said.

In cases that may escalate, the mobile response team and LMPD can respond together to ensure that there is no safety threat.

“The more we can work together, it’s always going to be a good thing," LMPD Sgt. Pam Oberhausen said.

When it launches, the program will only be available in LMPD's Fourth Division, which includes Beechmont, Germantown, Old Louisville, Shelby Park and South Louisville.

Buchino said the research team used 911 call data from June 2019 through May 2021 to determine where the program should start. The data showed that 20% of the more than 40,000 crisis intervention calls MetroSafe received over that time period came from the Fourth Division.

“The First and Fourth divisions are downtown and in downtown are your most chronically mentally ill people that don’t have support systems," Sgt. Oberhausen said.

Sgt. Oberhausen said many people who are dealing with mental illness and are also experiencing homelessness or do not have support systems live in this area. She said she hopes the program will help free up patrol officers so they can focus on responding to crimes instead of crises.

The program is still in its early stages and Buchino said it will likely evolve as the city learns the best ways to connect and help residents in need.

"The one thing emphasized by other cities is that it is best to start small, learn from the community what’s working and what needs to change, and then refine the process before scaling it,” she said.

Seven County Services Chief Operation Officer David Weatherby said job listings for the crisis intervention specialists will be posted by the end of the month. Buchino hopes the program will be staffed and operational by December, but acknowledged that it could be delayed if the positions aren't filled.

A 24-hour "community respite center" is also in the works. This will provide a safe space for people to go if they are in a crisis or harmful situation. Buchino said Seven County Services has offered a temporary space, but her team is working on finding a permanent space.

Mayor Fischer said the program was made possible by a $5 million investment in public safety approved in this year's budget.