90 years after it was taken, Louisville photo mystery solved

A classic photo with ties to WHAS Radio didn't have names to go with the faces. That was until a local historian got involved. 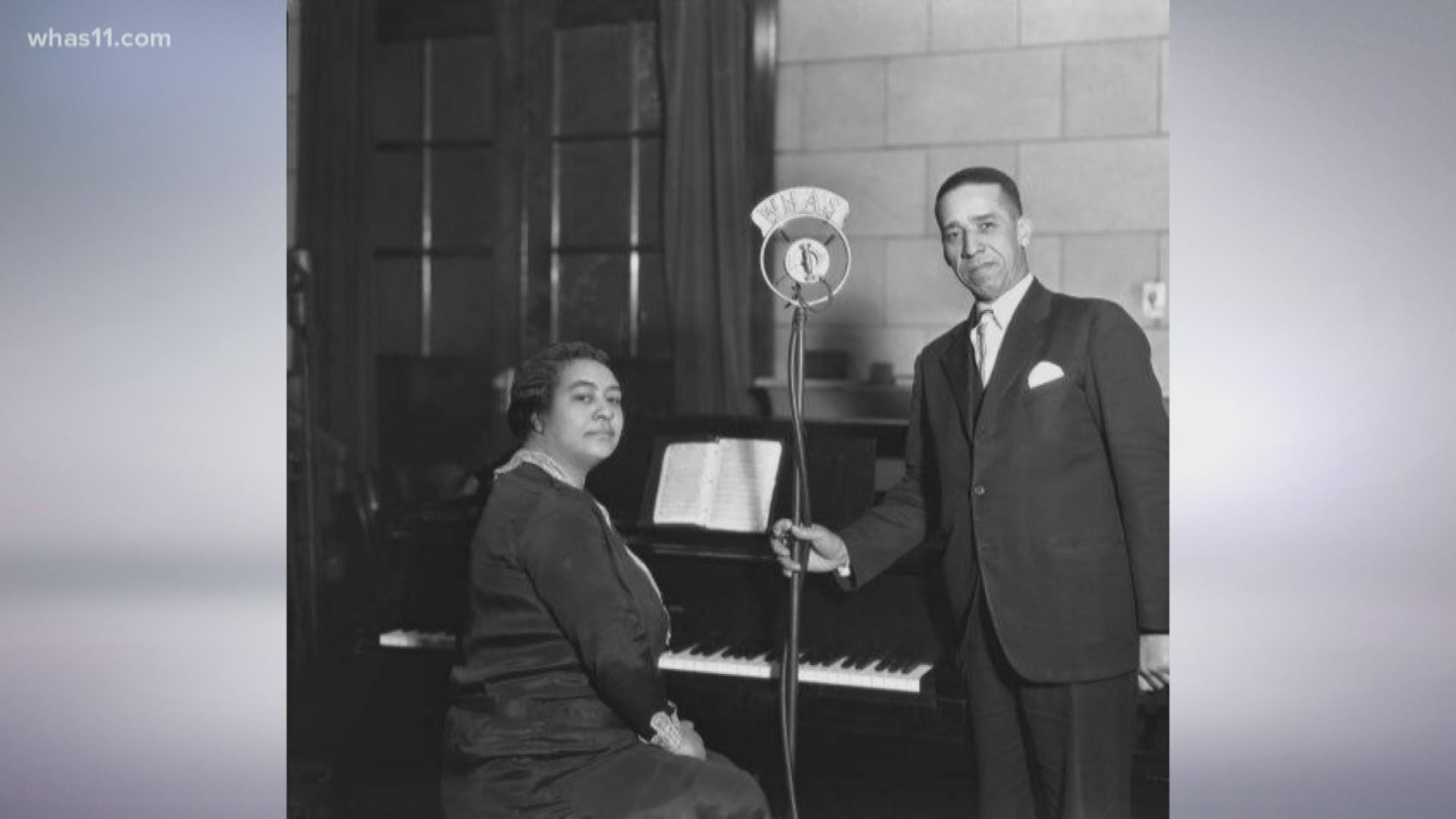 LOUISVILLE, Ky. — Who knew the city of Louisville had a vibrant and thriving music scene?

From the 1920’s to the 1950’s, the African-American scene on the original Walnut Street, now Muhammad Ali Boulevard, rivaled New Orleans with jazz and Memphis with the blues.

In the age of segregation, a big contributor to the music was the fledgling WHAS Radio.

“Louisville was actually the first place in the country where the white and black musician unions merged,” local historian Michael Jones said.

The fascination of the photo began while looking at a collage of photos featuring an African-American couple standing in front of a WHAS microphone. The couple apparently had their own show, but, who were they?

“If there’s a mystery, I want to solve it,” Jones said.

He faced some big obstacles. None of the legends who thrived on WHAS Radio were alive to ask. The photo from the WHAS and University of Louisville photo archives listed them as “unknown couple.” Jones hit a brick wall.

“I did as much research as I could,” Jones said.

That was until a familiar voice was heard singing in the Omni. Could she be the missing piece of the puzzle?

“I happened to be sitting on a panel about the Russell neighborhood with this woman named Claudia Geurin,” he said. “She mentioned her maiden name was Smiley. And so, I said, ‘hey, do you know John Smiley?”

Jones knew the name John Smiley from the famed Ballard Chefs, the African-American radio performers sponsored by the Ballard and Ballard Flour Company.

Geurin confirmed to Jones that John Smiley was her great-uncle. When he showed the old photo to Geurin, the trail led to Hill Street Baptist Church in Shively.

Credit: WHAS-TV
Claudia Guerin sits next to the photo of her uncle John Smiley housed inside the Omni Hotel in downtown Louisville.

“She let me go to Hill Street Baptist Church, her family’s church, and look through the photos and I found the actual photo you had shown me,” Jones said with excitement.

At the church, sure enough, Geurin showed how the photo mystery was solved.

John and his wife Montra were both were from Louisville and were travelling evangelists. She was the piano player and Smiley came from a family of singers.

“He was a member of the choir. He taught Sunday school – he helped them in any way he could to get the church established,” he said.

Not only did John play a role in the church, but he was also a prominent figure among the religious music circuit. He and a group of musicians were responsible for creating a seminal Baptist hymnal called Gospel Pearls in 1921 which was published by the National Baptist Convention, U.S.A. It would be the the first time the term “gospel music” was mentioned in America.

E.C. Morris, the president of the National Baptist Convention, said the book had a "blessed message which it pours forth in every song."

What role did Montra play?

According to Geurin, Montra would support John's career by being his piano accompanist. She says Montra did that so John wouldn't have to sing everything acapella.

Geurin returned to the Omni to see her great-uncle's picture on display. Glancing at the moment captured she says she believes both were performing a negro spiritual.

“It looks like he was proud of what he had just sung,” she said. “His wife is there with him and she looks very distinguished.”

Identifying the Smileys in the photo did something bigger – confirmed Louisville’s changing attitude in segregated times.

“WHAS was the first radio station in Kentucky and it was very instrumental in spreading a lot of music,” Jones said. “The Ballard Chefs -- I know from the jug band – when they played in Richmond, Virginia, 10,000 people showed up to see them. The people that were on WHAS then were big celebrities.”

Jones said during those times, white listeners wanted to listen to black musicians and even found instances of interracial bands with blacks and Germans.

His research uncovered something else about John previously unknown to Geurin, the family historian.

Jones found a news article about his death in the Courier Journal.

“As a youth, the Reverend Mr. Smiley was engaged to drive the first automobile owned by Theodore Ahrens and was said to have been Louisville’s third negro chauffeur,” Geurin read from the obituary.

She knew her great-uncle was a singer but never knew about this portion of his life.

“I suspect the he [Ahrens] might have been his manager – somewhat. Because it says here in the article, if you keep reading it, it states that “he conducted both white and negro revival services throughout the country and he sang several times before the Southern Baptist Convention. Now that’s really historic,” she says in amazement.

John died of a heart attack, two years after the WHAS moment was captured.

Now with a true mystery of Louisville’s music history solved, both John and Montra have their rightful recognition.

As Geurin continued reading, it also produced one other piece of evidence in that time of racial segregation – a sign of respect.

“Mr. Ahrens recognized the excellency of his chauffeur’s baritone voice and encouraged him to develop it,” she read. “And that is really something! Even in those times when people saw talent, they made sure it was known.”

An act of kindness right off the original playlist of John and Montra Smiley.

After the identities of the Smileys were confirmed, the University of Louisville Photographic Archives edited the photo showing the pair pictured.