A few weeks after the assassination of Dr. Martin Luther King Jr. in 1968, riots broke out in cities across America. There were also riots in Louisville, but they were sparked in the aftermath of a police brutality case as well as racial tensions. 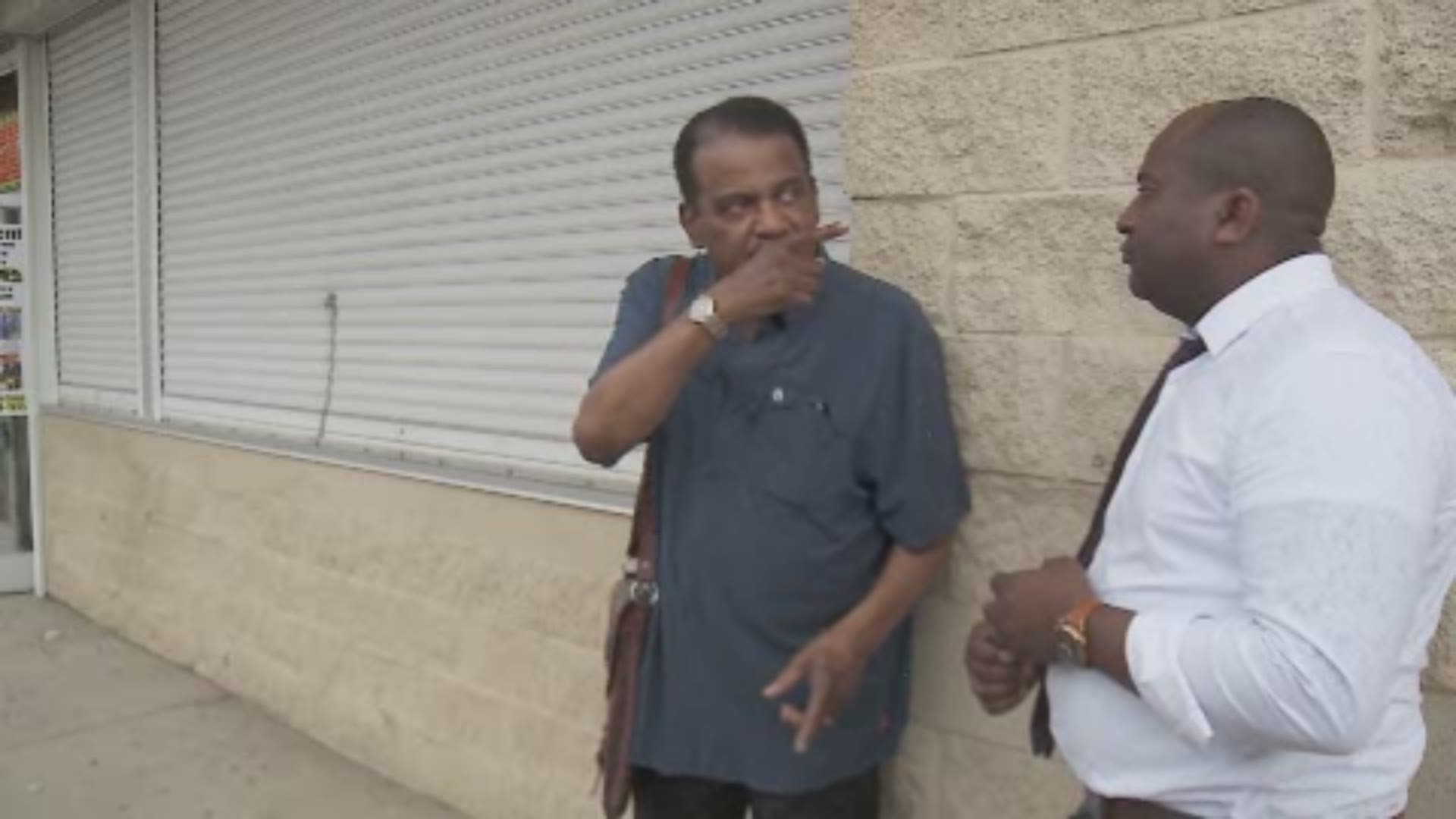 LOUISVILLE, Ky. (WHAS11) -- Plenty can change in five decades. No place knows that more than Louisville's West End, specifically folks who lived and owned businesses in the Parkland Neighborhood.

Ken Clay is one of those people. He grew up in the West End and owned the Corner of Jazz business which was located at 28th and Greenwood.

"It was a growing little business enclave," Clay said, "This little strip was THE strip. There was a lot of activity in the area."

IMPACT: The race and segregation of the 9th Street Divide

Today, the strip is much different than Clay or Tony Young remember.

"Those businesses made it self-sufficient for the area." Young recalled while standing at the corner of 28th and Greenwood, "A lot of people never had to go uptown, they never had to go out of the area. We had a lot of commerce in this end of town.

RELATED: One quick snapshot causes Louisville to pause in 1975 riots

It all changed in the final week of May 1968 in front of Clay's store.

1 / 8
An open housing protester is dragged to a paddy wagon by Louisville police. By Charles Fentress / Courier-Journal May 26, 1967

There was a demonstration of folks fighting against the expected reinstatement of a white police officer who was suspended for beating a black man weeks earlier.

"The mayor and the police chief had earlier suspended him and moved him toward dismissal, but it was overturned by the civil service commission, and so there was anger, there was built up frustration," Louisville historian Tom Owen said.

Then came a simple act that would have a long-lasting effect. Clay said the act was committed by a person standing on the roof of his business.

"He threw a rock or a bottle that made the sound of a gunshot and police officers drove up into the crowd as they were leaving, that ignited things," Clay said.

The next few days saw businesses badly damaged. Many of them were destroyed.

According to Owen, who also grew up in the area, 1,900 members of the National Guard deployed to the area where the relationship between police and residents had long been strained.

"You saw large masses of people, they argued and they were upset and they were just basically lashing out at whatever came by," Young added.

Businesses suffered tremendous loss. Perhaps no one lost more, though, than Fannie Groves, whose son James was killed by police during the riots. Groves believes police mistook her 14-year-old son for someone else.

"I heard the shots. When they shot him, I heard him scream, the last words were mama," she said.

James Groves, Jr. was one of two teens killed during the riots. His mother's public plea for peace prevented, many believe, even greater loss.

"My heart was just about gone and I said, 'Lord if somebody don't try to curb these riots, it's going to be many more mothers feeling like I'm feeling.'"

The violence did stop. But it had already prompted a trend from which the Parkland Neighborhood seemingly never recovered. Many businesses never returned to the once thriving area.

"It was definitely an area that was on the way up, had it continued its pace, it would have been competitive, but I think the aftermath of the riots issued a death nail for this community," Clay added.

Many said the riots were one of several factors which contributed to what is now known as the '9th Street Divide.'

"The 9th street divide is a subliminal thing, in my opinion, because it's so obvious," Young said, "On one side you have commerce and on the other side, you had the beginning of the welfare system."

"I think fear was the biggest factor [on the part of] the local government, the investors," he continued, "If you do not make the entire city safe, then you're going to have pockets where you don't get the development and as a result they don't spend the money. If they feel like it's a threat, that fear keeps them from investing in this area."

Clay said he sold his business but still invests into the community. The riots are part of a book he co-wrote about the history of black Louisville.

Despite his continued investment in the community, the last 50 years left him with a reality he prays will be proven wrong.

"I don't think this place has the growth potential it once had," he said, "It has the potential for something but I don't think it will be a business center again."

For Young, who still lives in the West End, it is the hope he had as a young boy which keeps him here and keeps him optimistic: his city, his West End, his home will witness the change its been thirsting for 50 years.

"It will heal if you put some medicine on it, they need to medicate this condition so it will heal. If it heals, it will grow."

In the 50 years since the riots of 1968, much has changed in Louisville's West End. Many businesses have long left the area near 28th and Greenwood.

What has not changed in the last five decades, is the love Fannie Groves has for her son James, a 14-year-old boy who was killed by police during the unrest.

"It was hard to believe, you know, because I had never seen a riot before," Groves said from her more recent home, "I had no idea my son was going to get killed that night."

Click here to read the rest of this story.