Police said the protesters were arrested after a confrontation near 2nd and Broadway Monday evening. 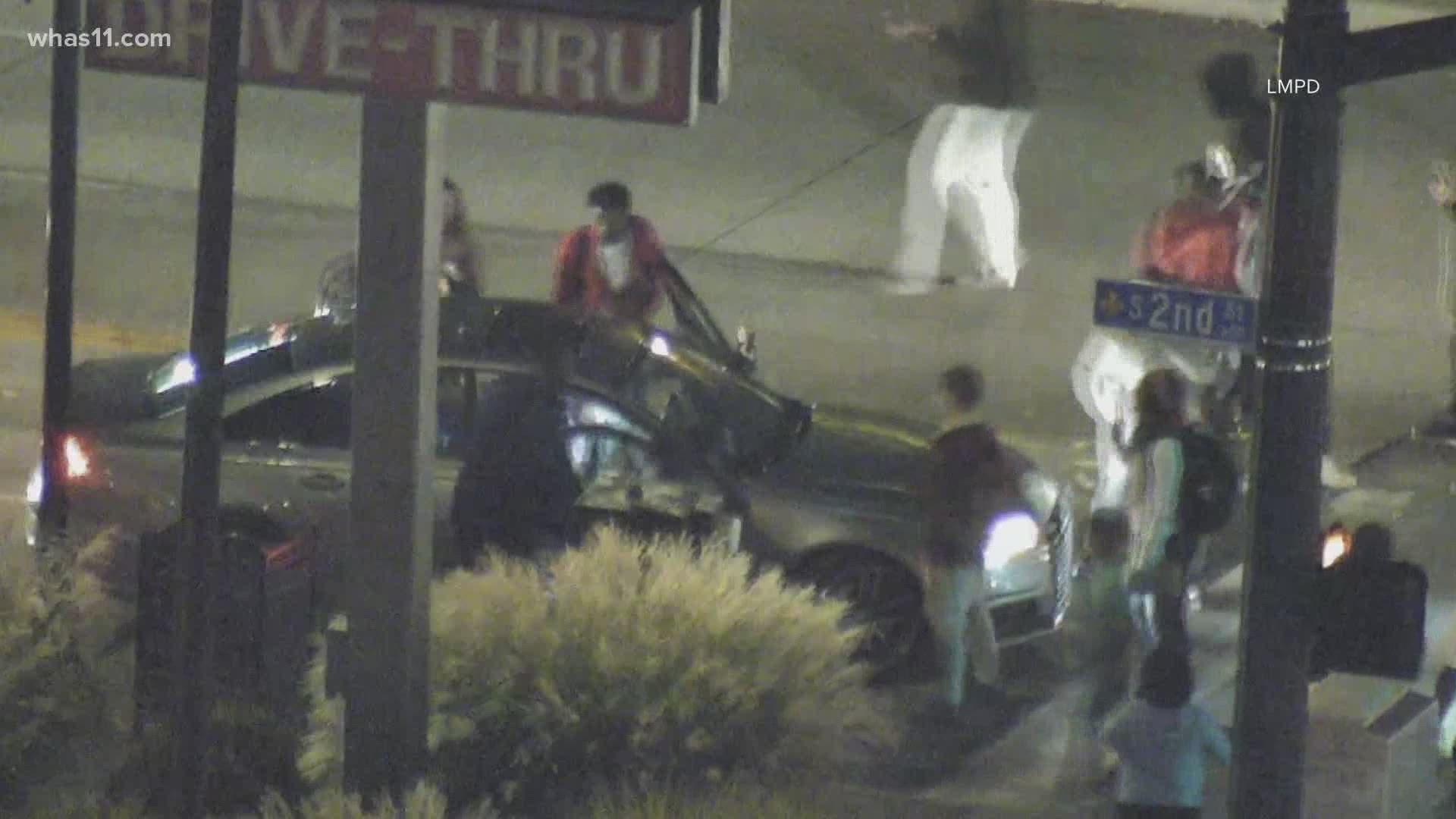 A spokesperson for the department said protesters began marching down South Sixth Street from Jefferson Square around 8 p.m.

When they got to Broadway, police said they blocked traffic at the intersection for several minutes before heading down to Second Street.

That’s when police said there was a confrontation between a driver and several protesters. Police shared video of the incident.

The arrests were made following the incident.