The grand juror says she believes the officers should have faced charges. 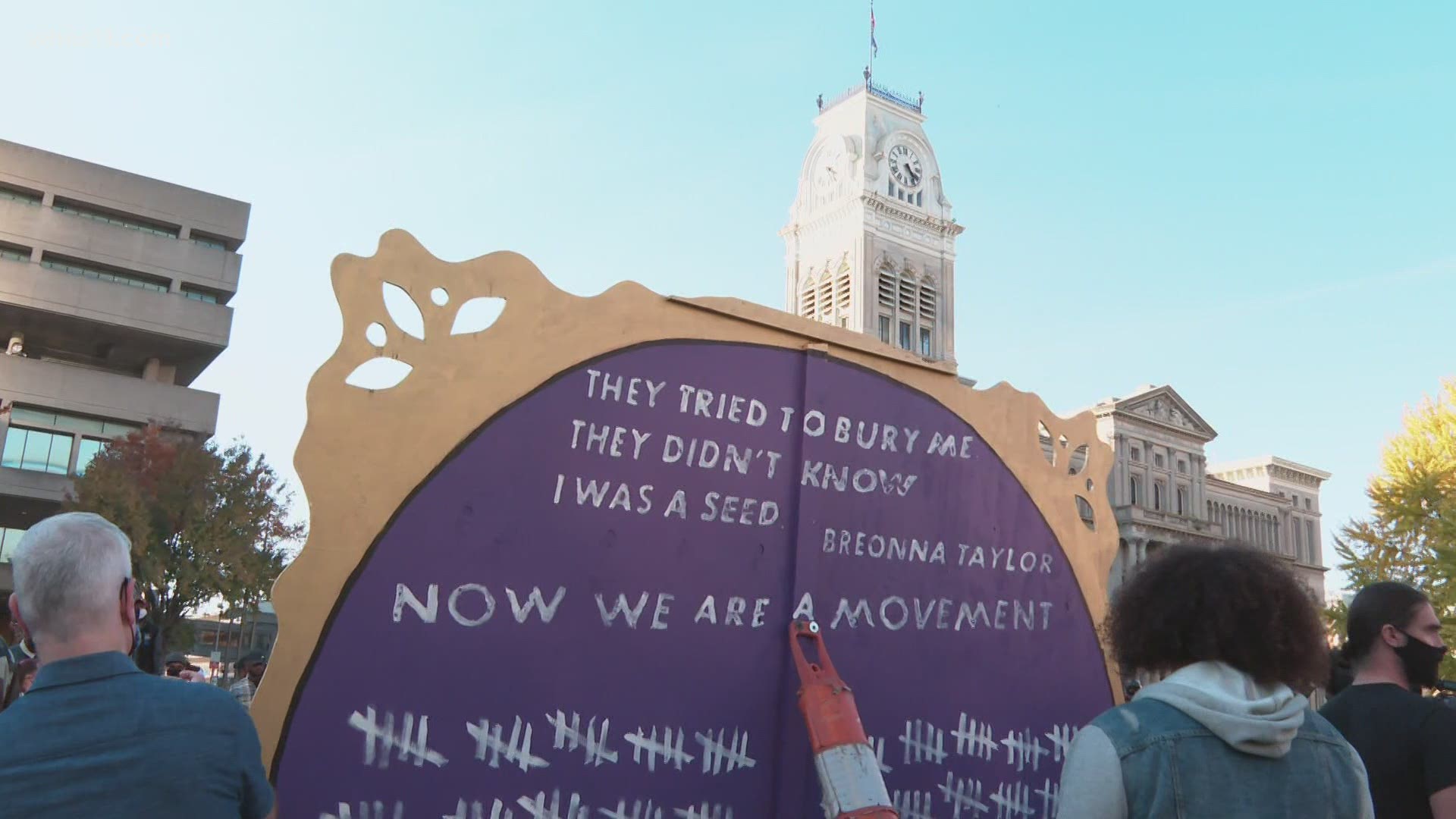 LOUISVILLE, Ky. — A woman who sat on the Breonna Taylor grand jury says she believes their investigation was incomplete.

In an interview with The Associated Press, the woman says she believes prosecutors wanted to give police "a slap on the wrist."

She is the third grand juror to speak anonymously about the proceedings in September that led to no charges being filed in Taylor's killing.

The grand jury indicted former LMPD officer Brett Hankison on charges of wanton endangerment for firing his weapon into an apartment neighboring Taylor's. But they say they were not allowed to consider charges against the other two officers who fired their weapons the night Taylor was killed, Sgt. Jonathan Mattingly and Det. Myles Cosgrove.

Mattingly was shot in the leg by Taylor's boyfriend, Kenneth Walker, during the raid at her home. Walker says he believed an intruder was coming into the apartment and admitted to firing a warning shot.

Attorney General Daniel Cameron says Mattingly and Cosgrove were justified in their use of force in response to Walker firing his weapon.

The grand juror says she believes the officers should have faced charges.

“I felt like [Cameron] was trying to throw the blame on somebody else, that he felt like, we as jurors, we weren’t going to [speak] out,” she told The Associated Press.

She said she came forward because she wanted Taylor's family to know she didn't support the findings.

“I didn’t feel that the family was getting justice,” she told The Associated Press.