30 years worth of memories gone in Fern Creek condo fire

A three-alarm fire in the 10000 block of Clyde Moore Boulevard, in southern Jefferson County, involving four condos is believed to have started in a garage. 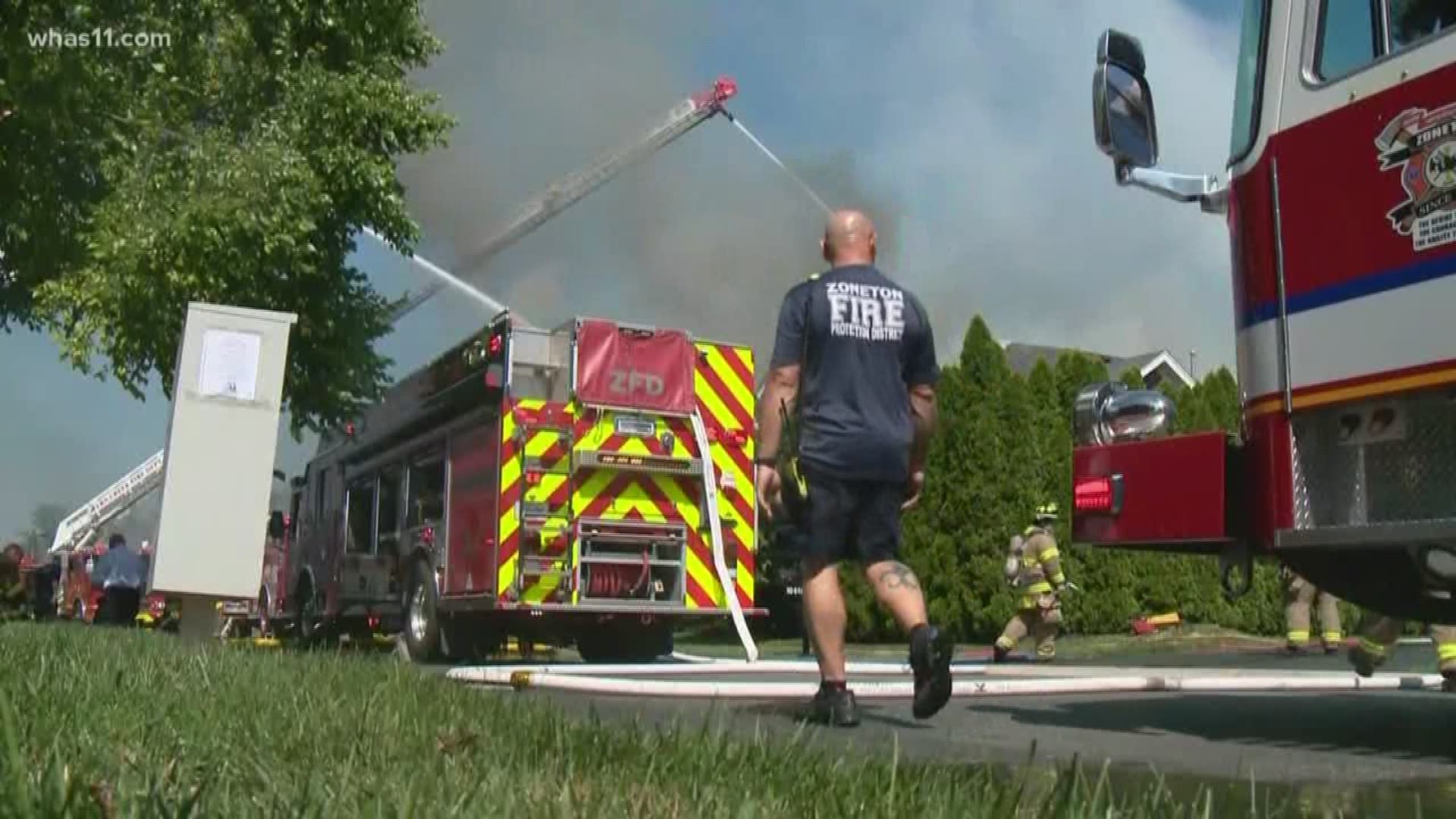 LOUISVILLE (WHAS11) -- A three-alarm fire in the 10000 block of Clyde Moore Boulevard, in Fern Creek, involving four condos is believed to have started in a garage, officials said. Two of those residences are a total loss.

No injuries were reported.

Fire crews responded in four minutes after the call came in at 10:10 AM.

Homeowners, Jacque and Steve Gee were leaving a doctor's appointment after flooded with phone calls.

"So our neighbors were just calling us, keeping us informed," the couple said as they watched their home burn in flames. "All the stuff is lost; everything is gone."

Fern Creek fire crews were assisted by five other agencies.

"It's been a frightening morning," neighbor Diana Riebel said. "I was in my kitchen getting ready to leave and one of my neighbors came in she said,  'Come! Come! Come! Something's on fire!'"

Crews said the flames started in a garage before it spread to three other units. The homeowner was alerted by a smoke alarm and ran to wake up his mother before the two of them quickly evacuated.

"Today's construction burns much faster than older homes," Fern Creek fire chief Mike Schmidt said. "So actually newer construction is going to burn much quicker and much easier due to the lightweight of it."

Forty-five firefighters were rotating shifts battling the flames in the already high temperatures.

"We try to get them in rehab right away and we get them re-hydrated," Schmidt said. "Anyone showing signs of heat exhaustion, we'll hold out."

It took one hour for the crews to contain the flames.

The Gee family said they lost thirty-years worth of memories

"My mom passed away in May and I have all her paperwork and I have all my grandmother's paperwork," Gee said. "I don't know how to replicate that if it's not safe in the fire box."

Schmidt said these condos were built within the last ten years. While they did have smoke alarms, they did not have sprinklers because they were not required when the homes were built.

Officials are continuing to investigate what caused the flames.