Stephanie Garvin, David Wheatley and Adair Henderson were all arrested. None were charged in connection to the shootings that night. 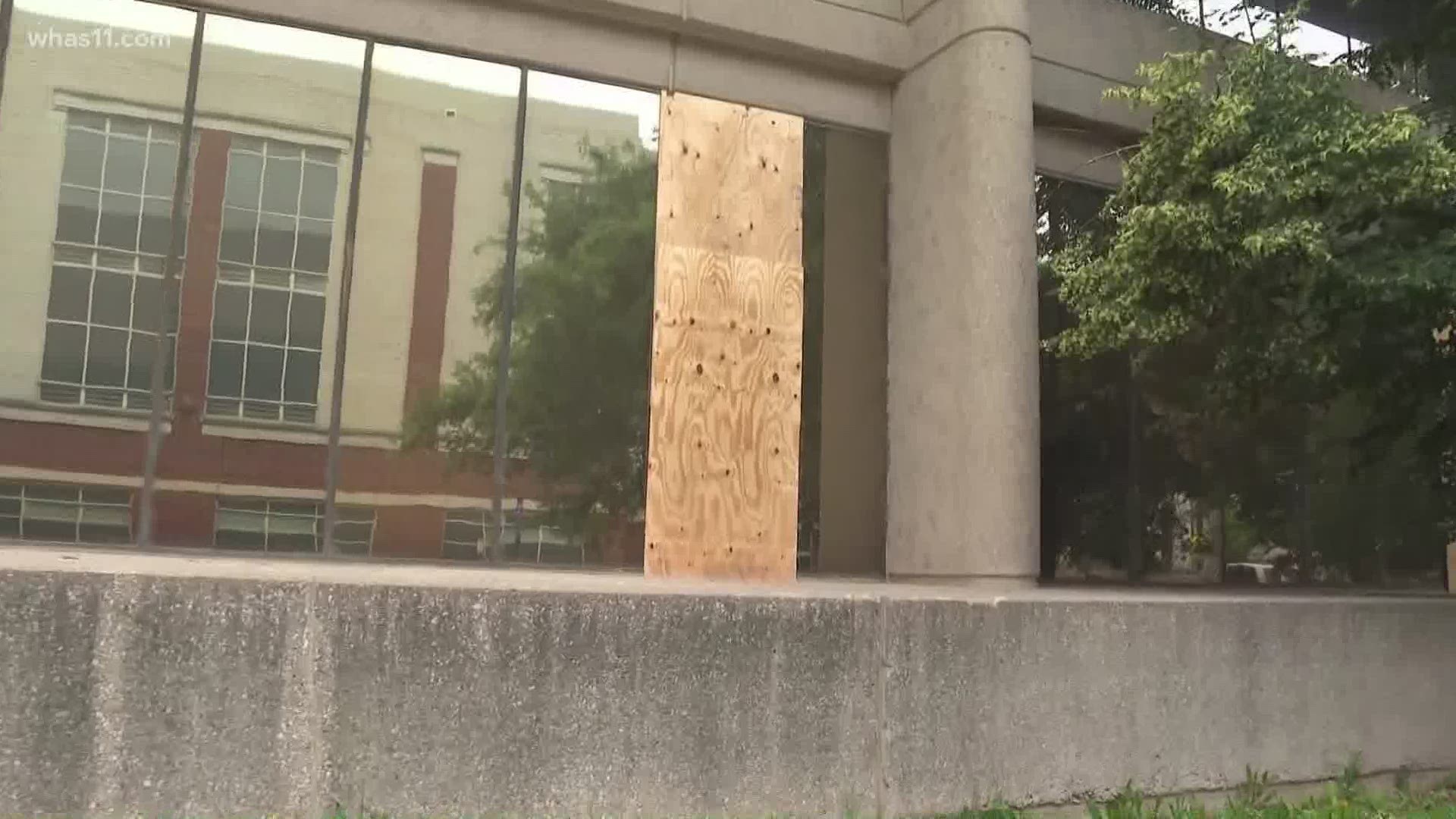 Garvin, 28, was also seen busting out the window of the van and throwing things at the Metro Corrections building.

Adair Henderson was arrested for disorderly conduct and failure to disperse.

None of the people arrested were connected to the shooting during the protest. LMPD said two of the seven people shot required surgery, and one of the victims was in critical condition as of 10 a.m. Friday.

Lt. Col. LaVita Chavous said the shots came from the crowd, and the department currently has no leads on the shooter. The homicide unit is investigating.

The protest started peacefully at around 7 p.m., but became more aggressive when people destroyed nearby cars and windows. Chavous said police began to move in once they saw "significant property damage."

Taylor's sister released a statement that night, asking people to stop before people got hurt.

"Thank you so much for saying Breona's name tonight," she said. "We are not going to stop until we get justice, but we should stop tonight before people get hurt. Please go home, be safe, and be ready to keep fighting. We appreciate it more than you know."

WHAS11 will continue to update this story with more information.