The commonwealth’s most populous county has teams of workers trying to get all of those ballots in the mail. 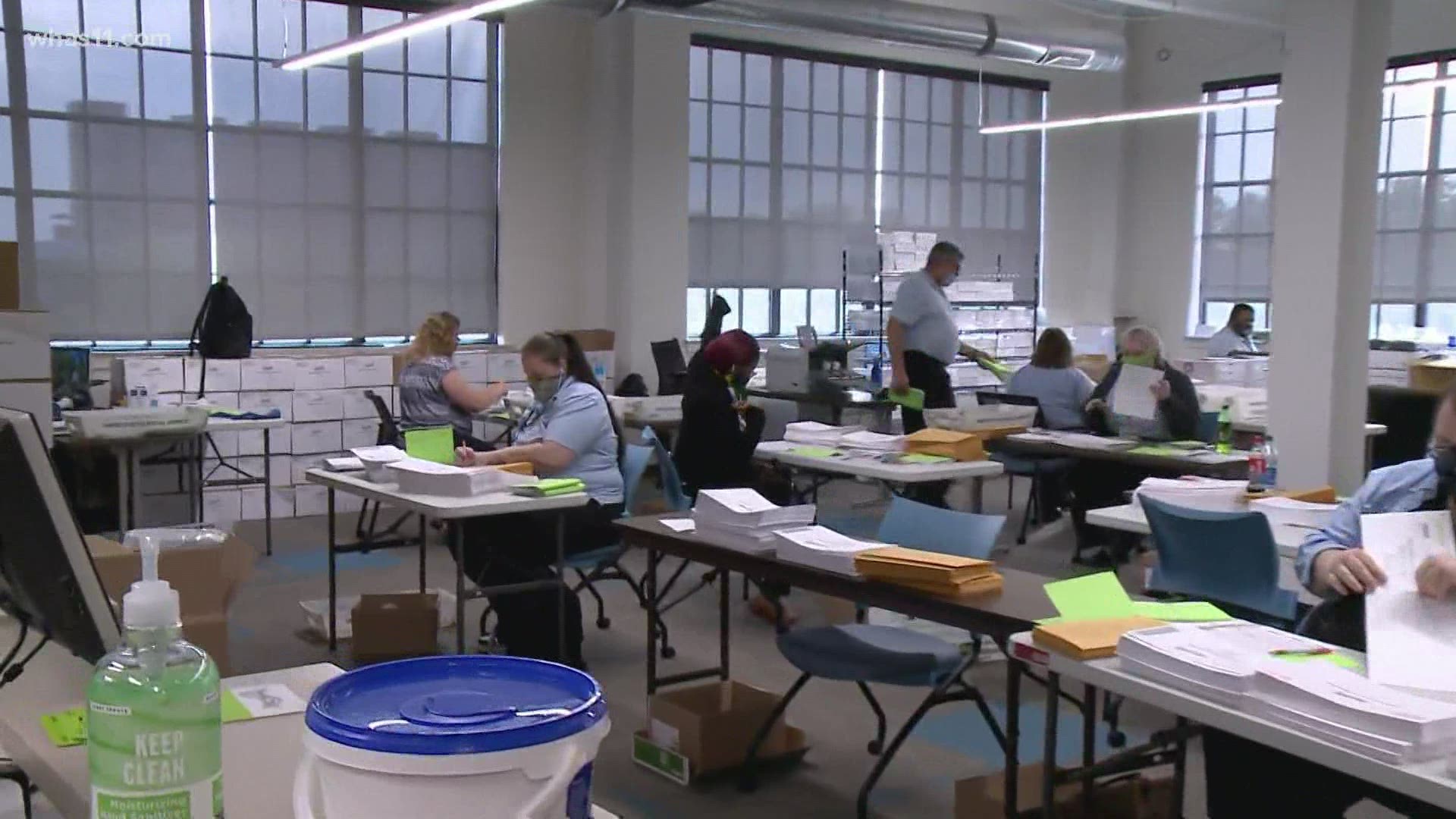 LOUISVILLE, Ky. — As the deadline to request an absentee ballot approaches in Kentucky, thousands of voters are taking to the online portal asking for one in Jefferson County.

The county is the Commonwealth’s most-populous and requests are pushing 170,000 as of Thursday, October 8th.

And while the clerk reports more than 105,000 have already been sent out, a second tight deadline approaches with the need to have all 4 of Jefferson County’s early in-person voting sites ready for Tuesday, October 13th.

Workers are sorting envelopes, making sure each has a copy of the instructions, applying the correct mailing address label and then the most painstaking part of the process takes place. They must verify that they're putting the correct ballot in the correct envelope.

RELATED: Officials in Kentuckiana optimistic results will be known on election night

That takes time in Jefferson County because, the Clerk's Office spokesman says, there are 1,520 different ballot styles available.

There are many local elections to add to the federal and state races.

Each day, workers would put a few thousand absentee ballots in the mail and still, 3,000 to 6,000 new requests are coming in.

“Many of us are scheduled for 12 hours on Saturday and Sunday”, said Clerk’s spokesman, Nore Ghibaudy. “We're hoping that we get them all out by next week because by that point we're going to be of course receiving the ballot back and we'll begin the process of verifying signatures, opening up, verifying the signatures again and then actually tabulating the ballots that come through.”

In Kentucky, clerks can verify signatures and run ballots through machines after October 1st but they cannot total votes on those machines until Election Day.

They have yet to begin that process in Jefferson County but hope that once they get all of the requests mailed out, they can focus on checking in those already returned.