The Louisville Fire Department responded to the fire on Earl Avenue just before 6 a.m. on Friday. No one was hurt during the fire. 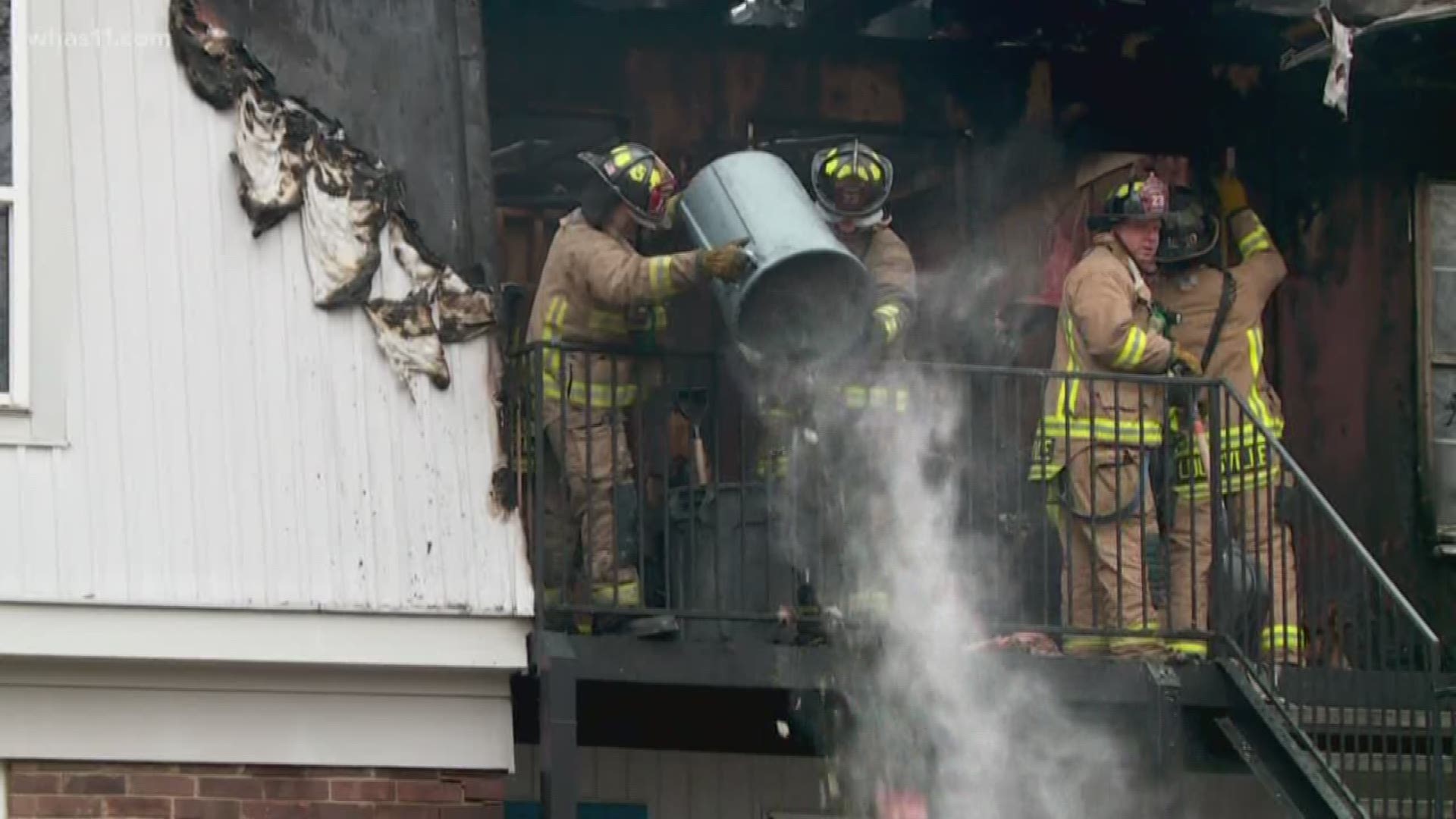 LOUISVILLE, Ky. — An early-morning house fire in the Taylor-Berry neighborhood left 10 people without a home on Valentine's Day. Officials said the fire was caused by a candle that was burning in a bedroom.

According to Battalion Chief Bobby Cooper, the Louisville Fire Department responded to a house fire in the 1300 block of Earl Avenue just before 6 a.m. on Feb. 14. When crews arrived, they found heavy smoke and fire in the home.

The 25 firefighters were able to get the fire under control in about 20 minutes.

The 10 residents in the home, 3 adults and 7 children, were able to escape safely before the fire department arrived. They were alerted by their smoke detectors.

Louisville Fire determined that the fire was caused by a lit candle that ignited other items in a bedroom. No one was hurt in the fire and the Kentuckiana Red Cross is helping the displaced residents.

Chief Cooper stressed that smoke detectors save lives. If you don't have a smoke detector, you can call 311 to request one for free.