The state's future leaders gathered in Frankfort to simulate the entire political process - from election to passing bills - all in a single week. 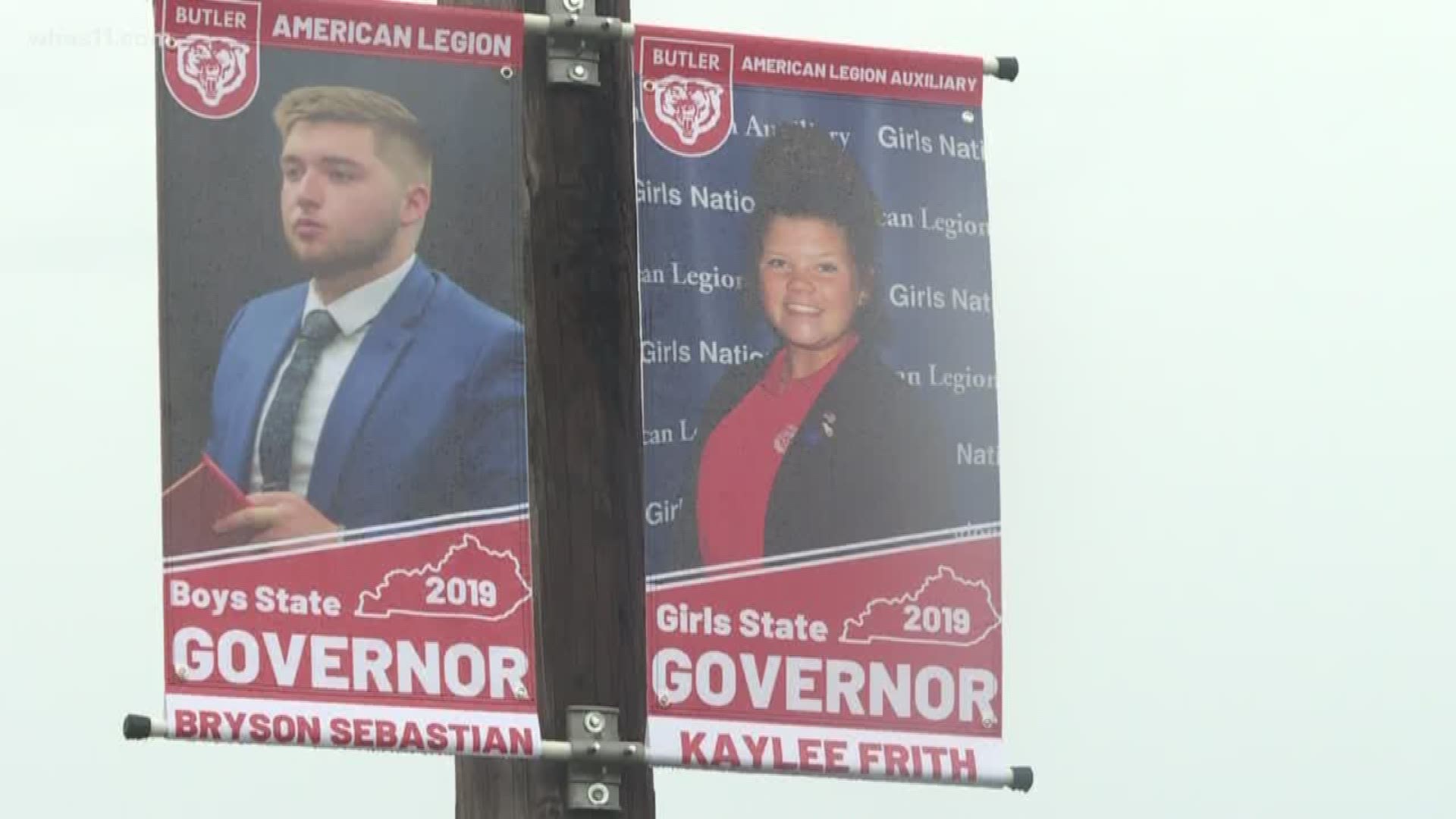 FRANKFORT, Ky. — Each summer, hundreds of high school students from Kentucky head to Frankfort for the Boys’ and Girls’ State mock government event, hosted by the American Legion. The students meet our legislators, learn how state and federal governments work, and then emulate them through mock elections and legislative sessions.

For the first time ever, both male and female governors elected came from the same high school: Butler Traditional High School in Shively.

In the course of one week, participants in Boys’ and Girls’ State make dozens of new friends—while only getting a few hours of sleep per night. They learn the ins and outs of government, and then debate and pass mock bills on real issues.

This year, those bills ranged from marijuana to the Asian Carp infestation. As the governors, Sebastian and Frith had to make cabinet appointments, lead the debate process, and then make the final call on which bills lived and which ones didn’t.

Frith and Sebastian were friends before participating in State, in part because of their shared interests in politics. Don’t be fooled, though—they don’t agree on everything.

“I’m a Republican, and she’s a Democrat, if you want to leave it that simple,” Sebastian laughed.

In a weird way, though, that is the biggest lesson of their experience. In State, they only have a few days to get a lot of things done. They don’t have the option to kick the can down the road to a special session or next year’s agenda. They had to discuss and reach compromises. After meeting real-life politicians and learning from them, Frith and Sebastian hope they, in turn, can inspire current leaders to seek similar camaraderie.

“Just sit down, have a conversation, understand people, without being mean and nasty and disrespecting their opinions,” Frith said. “Because, you guys are in the same positions, and you guys earned it, and you guys should respect each other.”

“We’re all from Kentucky,” Sebastian agreed. “We’re here to see what we can do to make our Commonwealth better.”