The Pineda family filed the no-contact order against Suzanne Craft in July after her alleged involvement in the graffiti incidents at their home. 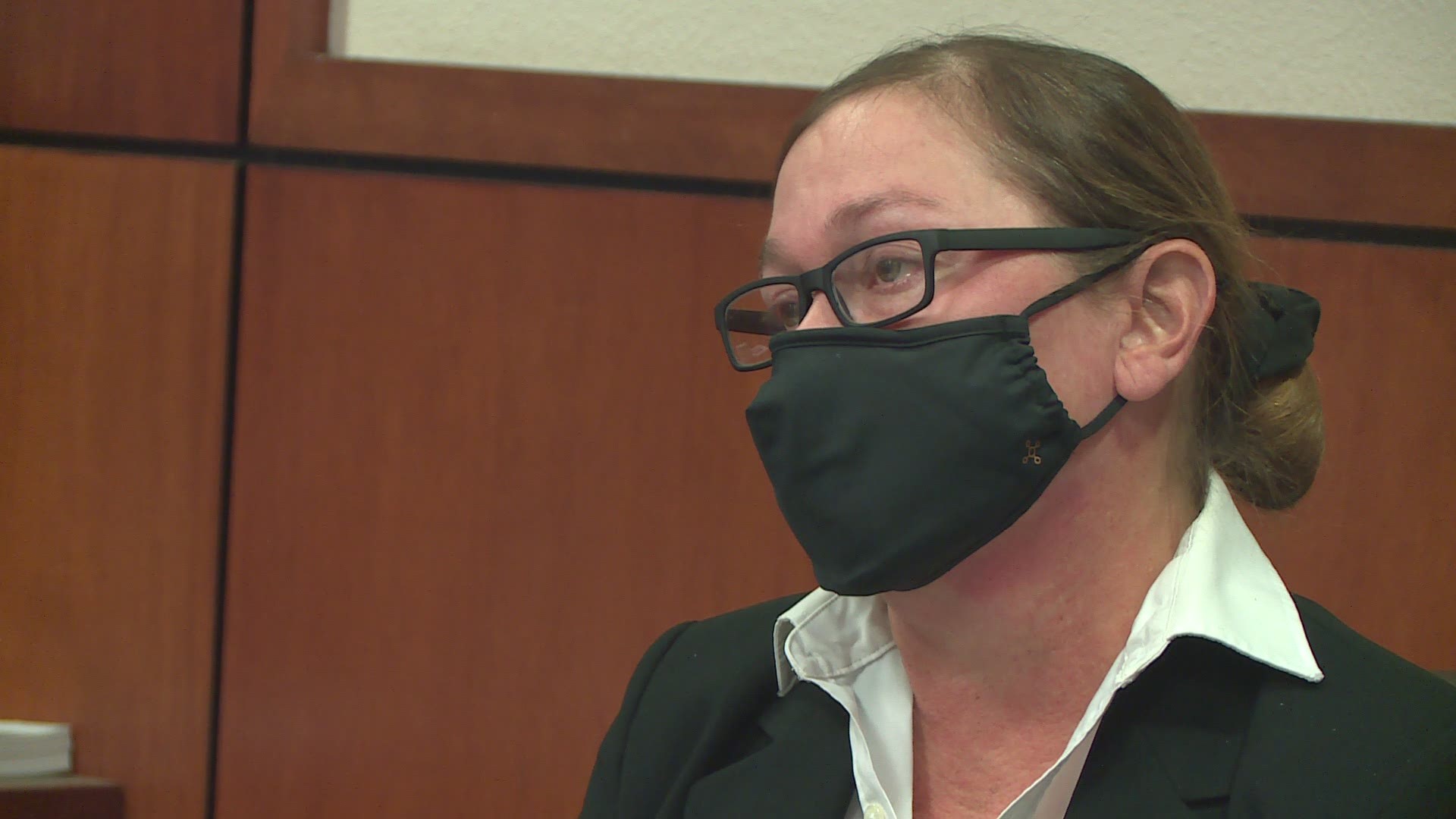 LOUISVILLE, Ky. — The woman accused of spray-painting racial slurs on a neighbor’s driveway in Lake Forest was held in contempt Thursday by a district court judge for violating a no-contact order.

The Pineda family filed the no contact order against Suzanne Craft in July after her alleged involvement in the graffiti incidents at their home.

Michella Pineda testified Craft was caught on camera two weeks later tampering with the family’s lawn. They believe she used chemicals and bleach to burn a swastika into the grass.

"It's just kind of relief and we can move on from this," said Pineda.

Craft took the stand and said she was innocent, claiming she was not the person in the video.

Several witnesses, long-time friends of Craft, also said they did not believe it was her in the video. They argued Craft's athletic build did not match the person caught on camera and that the way she walked was different.

The defense also argued Craft had a surgery that made it difficult for her to use her right hand, suggesting she could not have tampered with their lawn.

Witnesses did agree, though, that the person on the video appeared to be a woman coming from Craft’s driveway.

"I believe it was her. It makes no sense to me any other way," said Judge Annette Karem.

She held Craft in contempt and sentenced her to seven days of home incarceration.

"I don't understand why she would, knowing there are cameras, but I believe she did it," Karem told the court.

The judge stuck to her $5,000 bond, which was already posted, but ruled Craft will remain on home incarceration until the criminal trial.

Craft was criminally charged with harassment and criminal mischief in July after the Pineda's found racial slurs spray painted on their driveway three different times. The Pineda's believe different footage from the same surveillance cameras also point to Craft as the suspect, though Thursday’s hearing focused only on claims of contempt.

"I'm not completely relaxing and I still wouldn't put it past her to violate and do something because it's already happened but we are much more relaxed than we were 24 hours ago," said Pineda.

The next hearing is scheduled for September 18.