The summer is prime time for many of these artists to make money at events. 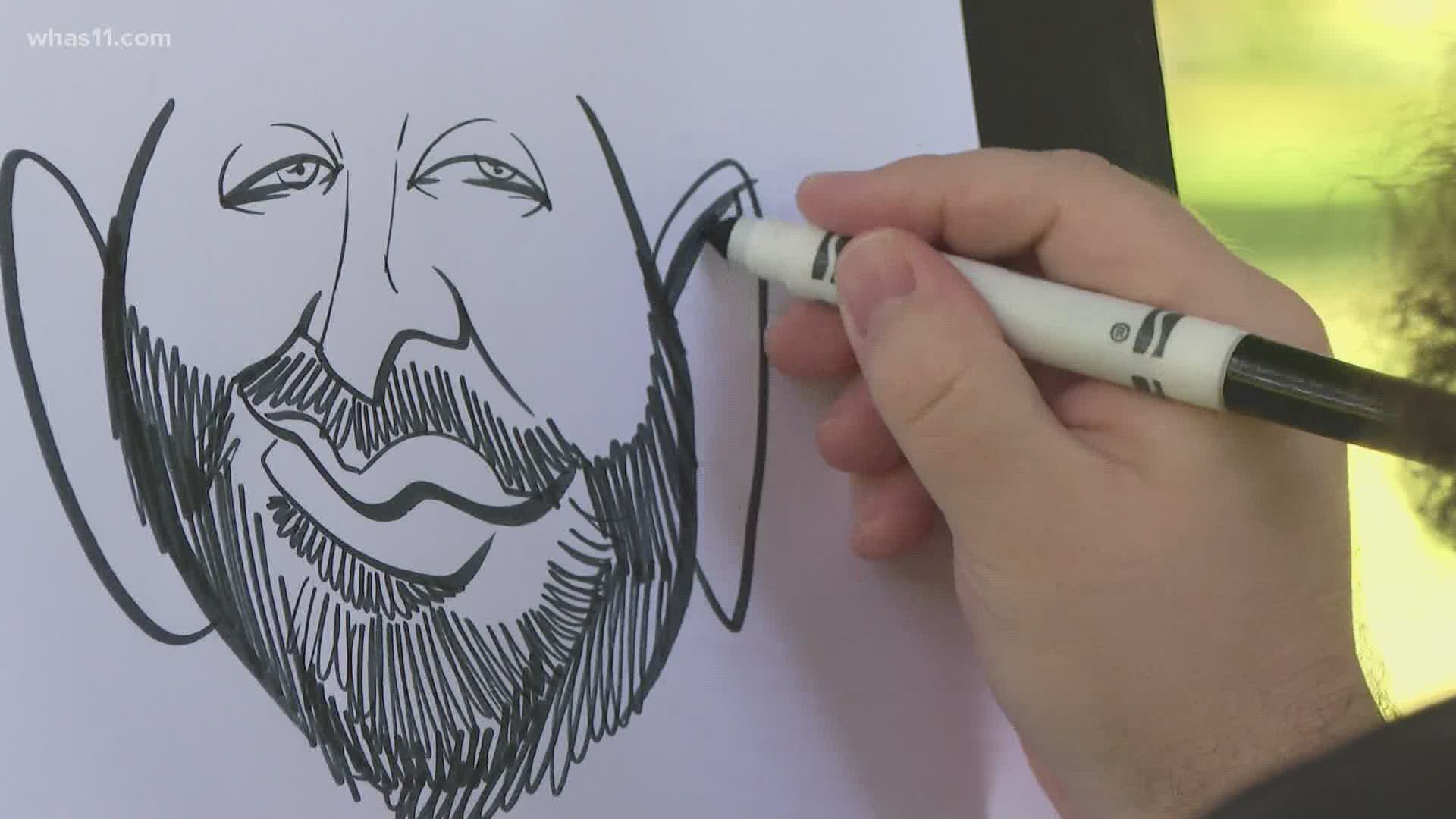 LOUISVILLE, Ky. — Putting his  marker to paper, is almost natural for Matt Kinder. He's a local caricature artist who has been drawing since he was a kid, and has been doing it since. He makes a living by capturing characteristics.

"With caricatures you just look for the features that stand out like big ears or big eyes but you can also exaggerate with the smallness of someone's lips or their nose," Kinder said. "I get to draw people goofy and get paid for it so it's a pretty sweet job."

His plans involved doing just that this summer at all the festivals Kentucky had to offer.

"That's the reason I moved back from Seattle to Louisville," Kinder said. "So when there's literally no business and you're not allowed to work, what do you do?"

That's the reality for so many self employed artists, in the midst of this pandemic.

"The majority of the money yeah it comes from your summer festivals and things like that," Kinder said.

Especially here in Louisville, where art has become an identity of the city.

"For all of that to just be stifled and basically dead suddenly, it's just going to change the entire way the city looks and feels," Kinder said.

This pandemic has left artists like Kinder with no creative outlet that's also financially beneficial.

"The options are either to take a government handout to do something completely different," Kinder said.

So to prevent that, Kinder is still trying to fill that missing void of caricature artists locally. He has been creating virtual portraits to keep his business alive. It's his way of making sure people don't forget about art during a time where it's missed most.

"You're doing everything for yourself and just hoping that you can find that work that you need," Kinder said.

This story was inspired by a local resident on Nextdoor. Click here to see and comment on Jessie Cohen's Nextdoor posts.

RELATED: Home for veterans at risk of closing after 41 years