Unemployment skyrockets in Kentucky and Indiana 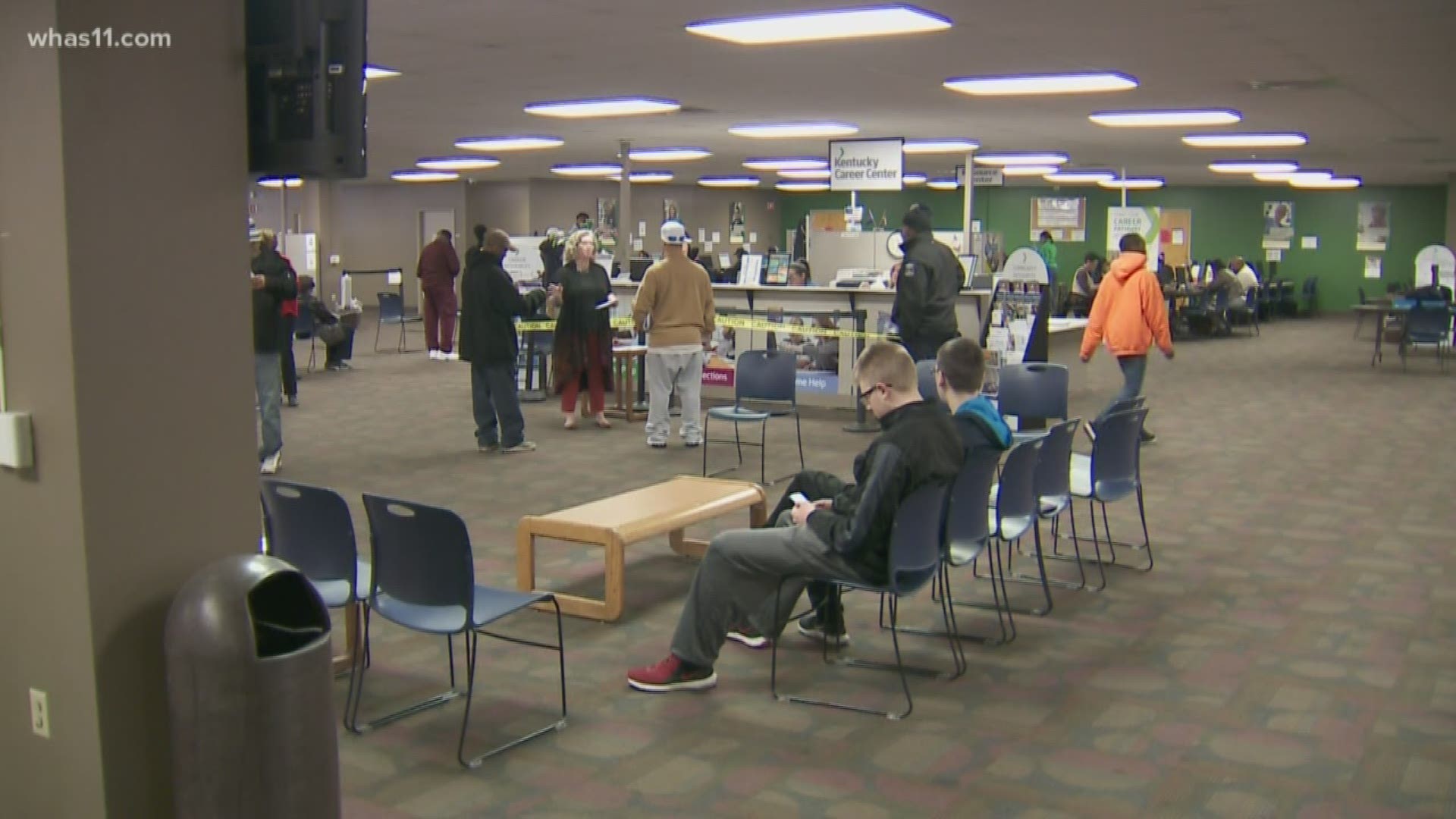 LOUISVILLE, Ky. — Unemployment is skyrocketing in Kentucky due to the Coronavirus. Nearly 50,000 people Kentuckians and over 60,000 Hoosiers filed for unemployment last week alone, according to the latest data from the U.S. Department of Labor released Thursday morning.

In Kentucky, Governor Andy Beshear Wednesday expanded the list of eligible workers to include independent contractors, small business owners, substitute teachers, gig economy workers, church childcare workers, cosmetologists, and anyone who has to leave job for quarantine or paid leave.

The state has already said anyone who has been laid off or is unable to work right now due to the coronavirus is eligible for unemployment.

"This means that so many of you who are out there who are worried are now able to file and we want you to," Gov. Andy Beshear said in Wednesday's press conference.

Thursday night, the Kentucky General Assembly also passed a coronavirus relief bill. The goal of it is to help workers and employers suffering economic damage from the pandemic. One provision expands eligibility to include workers who have not been laid off, but have had their paid hours reduced due to the coronavirus.

RELATED: How to file for unemployment insurance, apply for jobs in Kentucky, Indiana

"The government, state government and I, are making decisions that have caused a lot of this, Gov. Beshear said Wednesday. "I want you to sign up for unemployment. I want to make sure you have enough to get through this."

If you've already filed an unemployment insurance claim, you don't need to do anything else. If you haven't yet but think you qualify, the governor asks you follow an updated weekly schedule based on last name.

If you qualify, you won't receive a check right away and the dollar amount is based on income.

Kentucky has already waived two requirements for the unemployment process. You don't have to wait a week to apply and you aren't required to be actively looking for work right now.

"There is zero stigma, zero, to being on public assistance right now," Beshear said Wednesday.

RELATED: System troubles as thousands try to file for unemployment in Kentucky

RELATED: The governor just closed your business. Here's what small business owners in Kentuckiana should do next

Fred Payne, Commissioner of the Indiana Dept. of Workforce Development, said the current processing time for payment is 21 days as the system works to adapt to the changes being made to unemployment in the state.

Indiana hasn't yet expanded who all qualifies for unemployment like Kentucky.

Gov. Holcomb said Thursday the state is waiting on the changes and relief in the $2 trillion federal stimulus package.

The U.S. Senate has already passed the relief package, while the House is expected to possibly vote on the bill Friday.