Stuck on the tracks: Officials discuss solutions to semi crashes at KY 146 intersection

KYTC has recommended closing the intersection to avoid problems altogether, but some Crestwood residents are hoping for another solution. 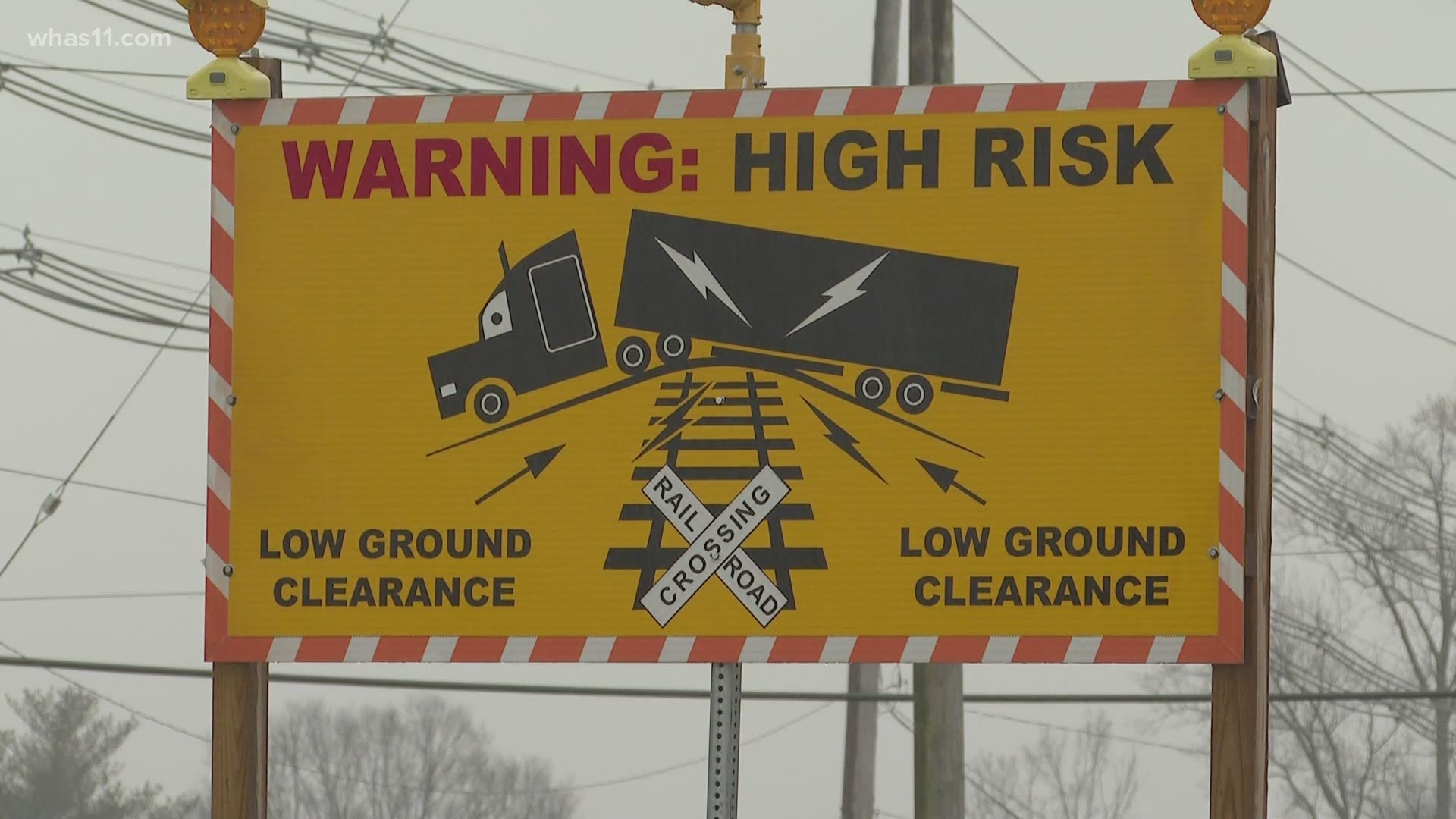 CRESTWOOD, Ky. — A crash between a semi and train on the railroad tracks off Highway 146 shows a continuing problem in Oldham County.

The semi was carrying parts to the Kentucky Truck Plant at around 8:30 a.m. when the crash happened. While the driver was injured, the parts did not make it unscathed.

A storefront camera captured the moment the train plowed into the semi on Railroad Ave., an intersection known to many as one of the most problematic in the county.

Those who work and live near the intersection said trucks get stuck near the railroad because they cannot clear the incline. Though signs are posted around the intersection warning drivers of the steep grade, dozens of trucks meet the same fate every year.

"A lot of the times, it's GPS routing them this way and not paying attention to the signs," said Katie Marowelli with Fabulous Floors.

Jerry Nauert with Oldham County Emergency Management said there is a gravel lot trucks can turn into if they see the signs and need to turn around, saying trucks just cannot cross through.

Nauert said his concern is any hazardous materials that could be on a train or truck. He said he wants a way to regulate which vehicles can cross, but said the state road is ultimately up to the Kentucky Transportation Cabinet.

KYTC has recommended closing the intersection to avoid problems altogether, but some Crestwood residents are hoping for another solution as to not impact local businesses or traffic.

"I feel like closing this crossing would be a lot of harm on businesses around the area and would cause a lot of traffic congestion," Marowelli said.

Stephanie Caros with KYTC said they are willing to look at other options in the area.

KYTC has met with Oldham County's engineer, who proposed installing a crossing bar that would alert truck drivers of the dangers before they cross. KYTC said lowering the grade of the crossing would be up to CSX, and could be a costly solution.

Safety is CSX’s highest priority and according to the Federal Railroad Administration, the safest crossing is one that doesn’t exist. CSX is actively engaged in ongoing discussions with state and local officials, and have requested permanent closure of the crossing at KY-329 in Crestwood, KY. One of the best ways to prevent crossing accidents is to reduce the number of at-grade highway rail crossings. CSX remains focused on reducing crossing collisions while still providing key access points for the public to safely cross our tracks.

RELATED: Police urge seatbelt safety after woman walks away from crash on I-65 in southern Indiana