The bridge was closed on Nov. 21 after a crash and will remain closed through at least January for repairs. 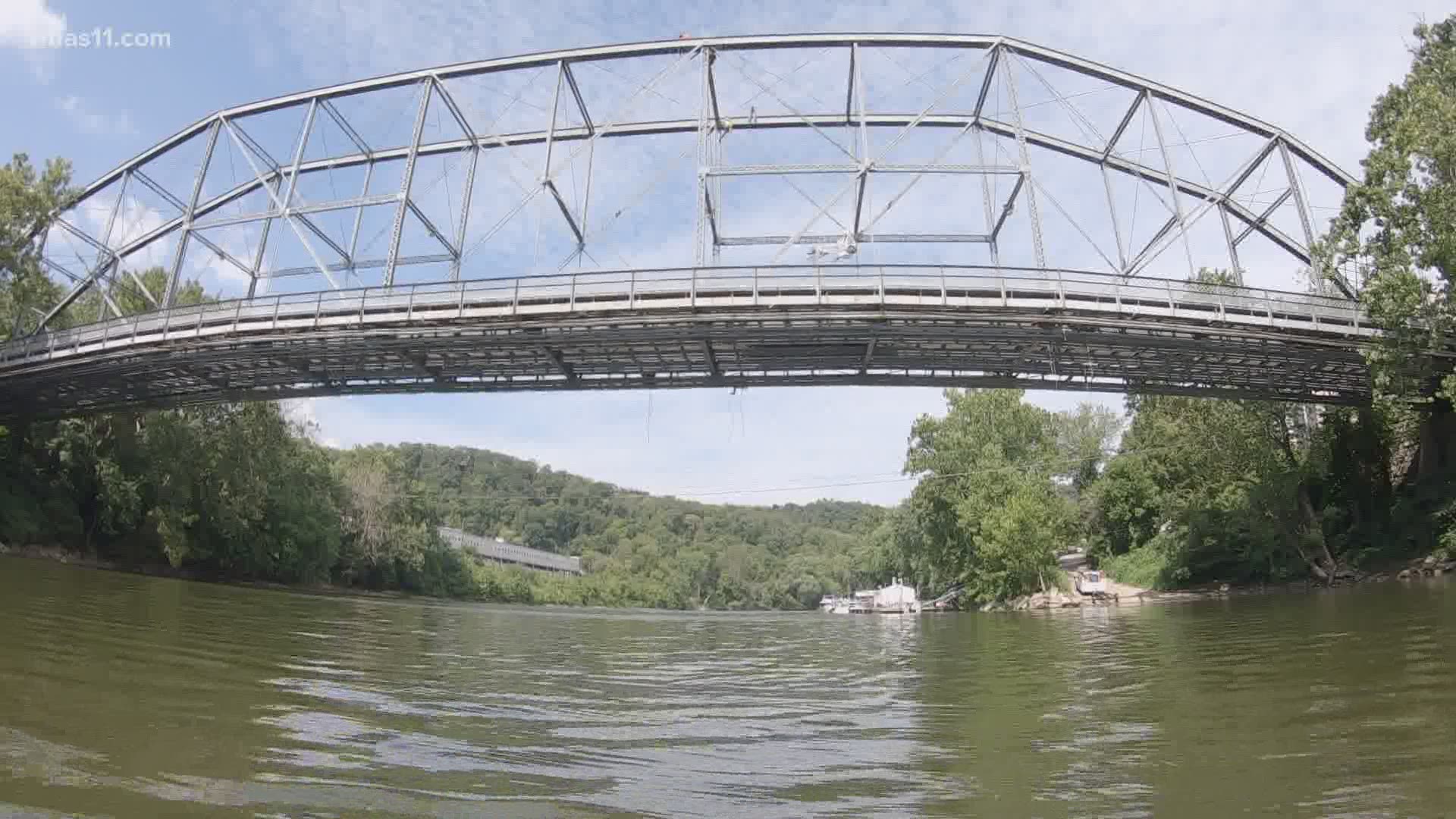 FRANKFORT, Ky. — Drivers who take the "Singing Bridge" in Frankfort, Ky. will have to alter their travel plans for the next several months, according to a release from the Kentucky Transportation Cabinet (KYTC). The cabinet said the bridge will be closed through at least Jan. 2021 for repairs.

The 126-year-old bridge was closed on Nov. 21 after a vehicle crashed into it. After an inspection, KYTC engineers decided that the bridge needed to remain closed until repairs can be made. According to the release, the contract for the repair work is expected to let in January.

During the closure, one sidewalk will be open for pedestrians. Drivers who normally take the "Singing Bridge" can take the Capital Avenue Bridge to cross the Kentucky River.

According to KYTC, the bridge is inspected annually and had its last retrofit in 2016. The weight limit on the bridge was limited to 3 tons last November.

The bridge is one of the oldest structures in Kentucky and is the last bridge of its kind that is still open to vehicle traffic.