Of the 110 new cases reported, 92 were women at the Kentucky Correctional Institute for Women. 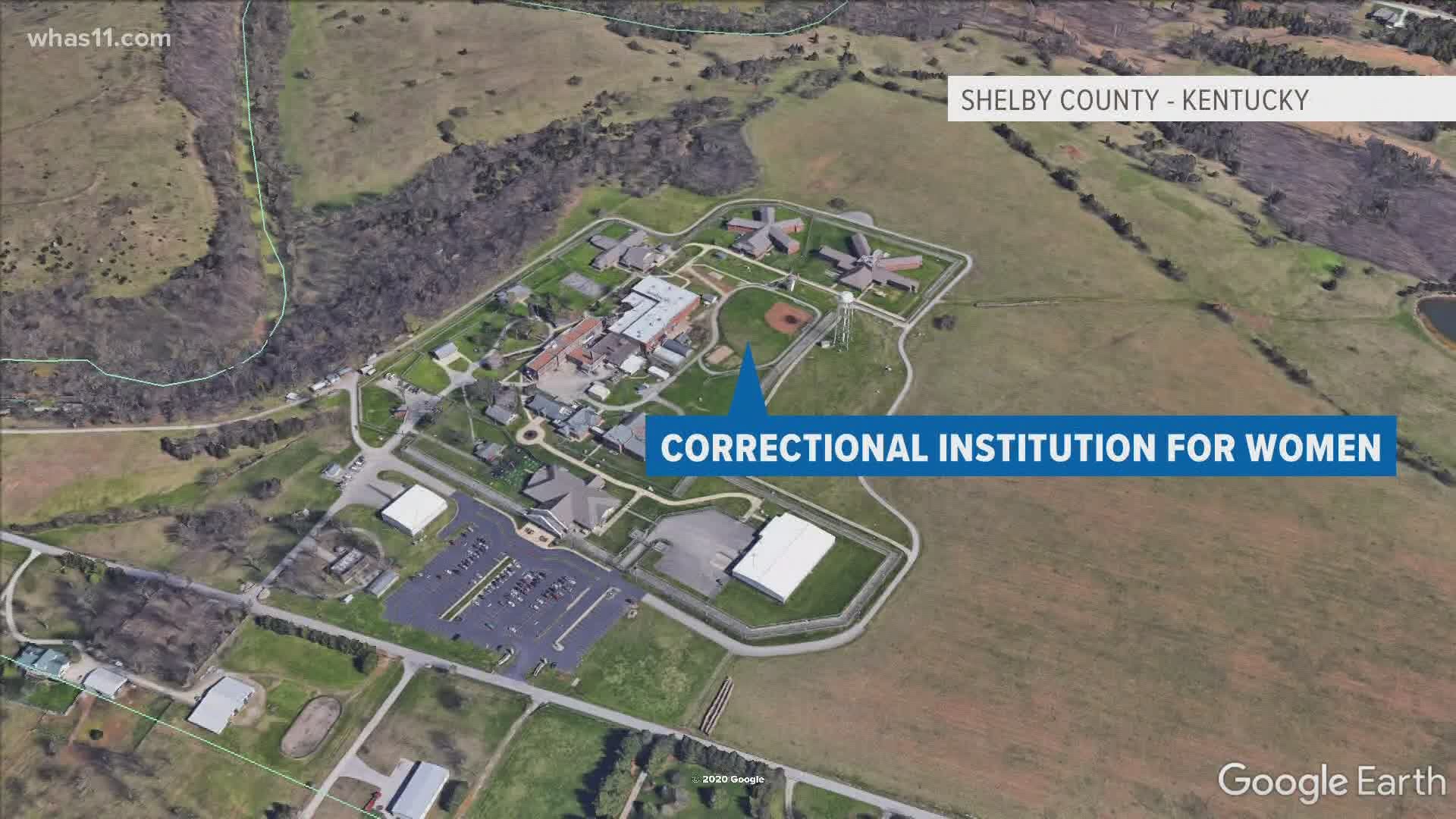 Of those 110 cases reported Monday, 92 were women at the Kentucky Correctional Institute for Women in Shelby County. Since June 15, the health department has reported 153 cases from the women's prison.

The department has also reported many cases at the Masonic Home of Shelbyville. In total, Shelby County has had 585 cases and 17 deaths. North Central District reports just over 40% of those who tested positive in Shelby County have been Hispanic.

Since the start of June, Shelby County has seen a 139% increase in cases.

"Sadly, no, we weren't surprised. This was predictable and unfortunately, it was preventable," Amber Duke, communications director for the ACLU of KY said Tuesday.

The ACLU of Kentucky filed a lawsuit last month on behalf of 7 medically vulnerable inmates with diseases like cystic fibrosis and HIV, asking a judge for their immediate release. Tuesday, the attorneys made another filing after learning about the outbreak, saying there's been a "staggering 1400% increase in positive cases" since the lawsuit was originally filed.

"It has come as a comfort to some folks that were trying to get these 7 released but also part of our request is to make sure the rest of the folks that are incarcerated there are going to have access to masks and the hygiene supplies that they need," Duke said.

Lisa Lamb with the Kentucky Department of Corrections said the state began mass testing last month but "Due to the highly contagious nature of the virus and the fact that many individuals are asymptomatic, many of those individuals who tested negative in the first round are now positive."

"We think the state should be doing testing in all facilities on a regular basis and facility-wide testing," Duke said.

Inmates in the lawsuit said the state has made sanitation and other safety efforts within the prison, but also said the guidelines aren't being strictly followed. The lawsuit states women say masks are available but not worn most times and that they're "almost always within arms reach of another person throughout the day."

The ACLU said controlling the outbreak is important because of all the staff and vendors who come in to contact with the prison and the community.

"We're not just talking about the folks who are incarcerated this is really a community wide health issue," Duke said.

While the lawsuit still sits in the hands of a judge, the department of corrections said re-testing at the facility will start again this week.

RELATED: Inmates got coronavirus stimulus checks, and the IRS wants them back