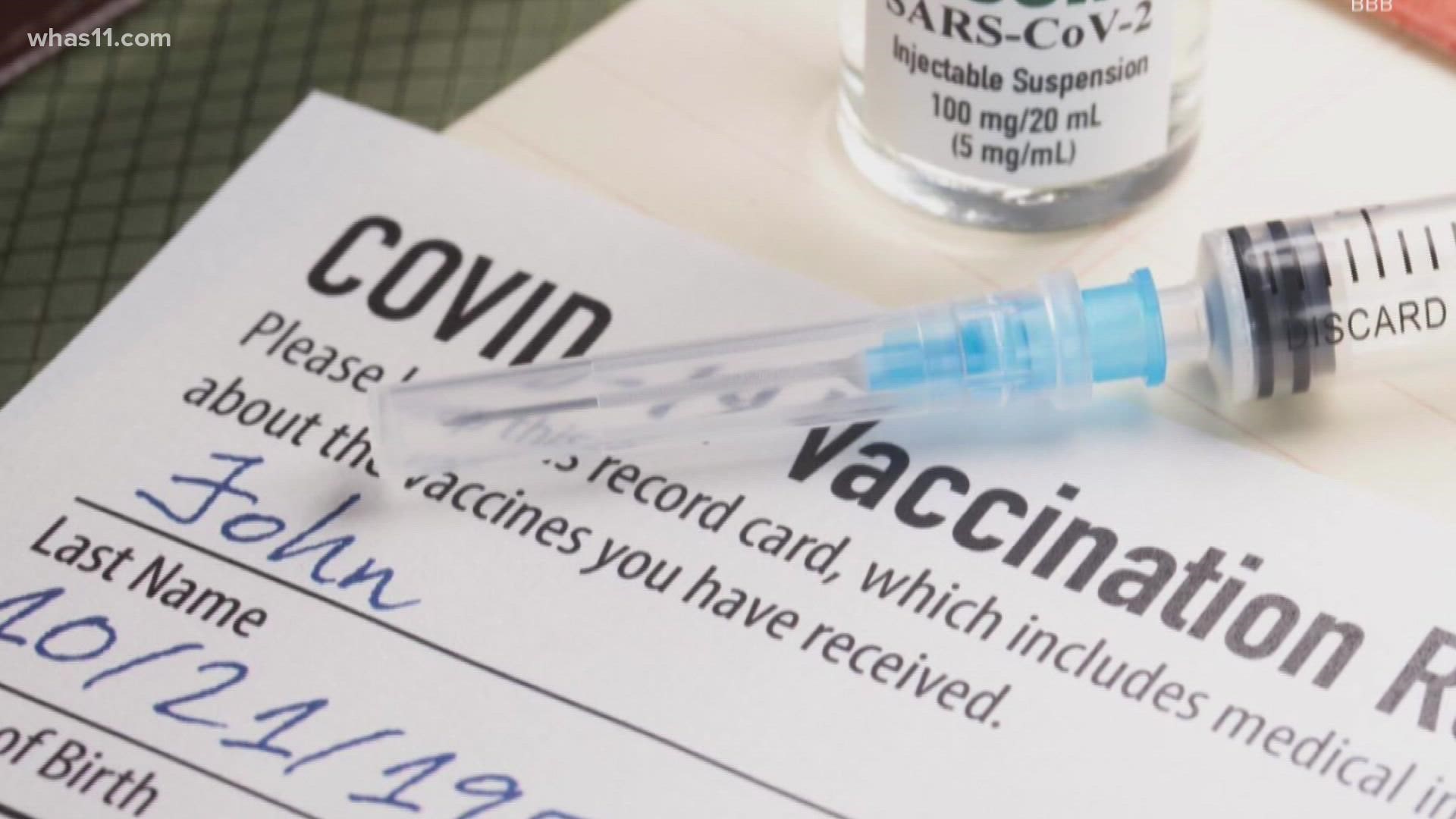 Bailey's son, Austin, said in a social media post that his father fought hard against COVID-19 but says “it was too much.” School officials said on social media that they're “deeply saddened” by his death.

The school district posted on its Facebook page that Bill had a contagious smile and a positive attitude.

“These are a lot of grieving families, and it looks like the coming weeks are going to be really hard,” Beshear said in a video posted to social media.

Kentucky’s education department will use up to $8.8 million in federal pandemic relief funding to reward school employees with a one-time $100 payment for getting vaccinated against COVID-19.

The federal money will be used to reimburse Kentucky school districts choosing to offer the incentive to employees who get fully vaccinated, the department said Friday.

Beshear did the news conference after Kentucky lawmakers wrapped up a three-day special session. The special session was called to specifically deal with pandemic-related issues across Kentucky.

He also shared details about the duties of National Guard members who are being deployed to hospitals across Kentucky.

Following the passage of Senate Bill 1 in the special session, Kentucky schools no longer have to require masks. However, some school districts are choosing to set their own mask rules for students and staff.

According to the Kentucky School Boards Association, at least 30% of the state's 171 school districts have announced that they will continue to require face masks and coverings.

President Joe Biden on Thursday ordered sweeping new federal vaccine requirements for as many as 100 million Americans in an all-out effort to increase COVID-19 vaccinations and curb the surging delta variant.

Speaking at the White House, Biden sharply criticized the tens of millions of Americans who are not yet vaccinated, despite months of availability and incentives.