'This is just another slap in the face to our teachers': School choice bill to become law in Kentucky after veto override

Beshear recently shared his concern with the bill saying it would take money away from public education, sending it to “unaccountable private organizations." 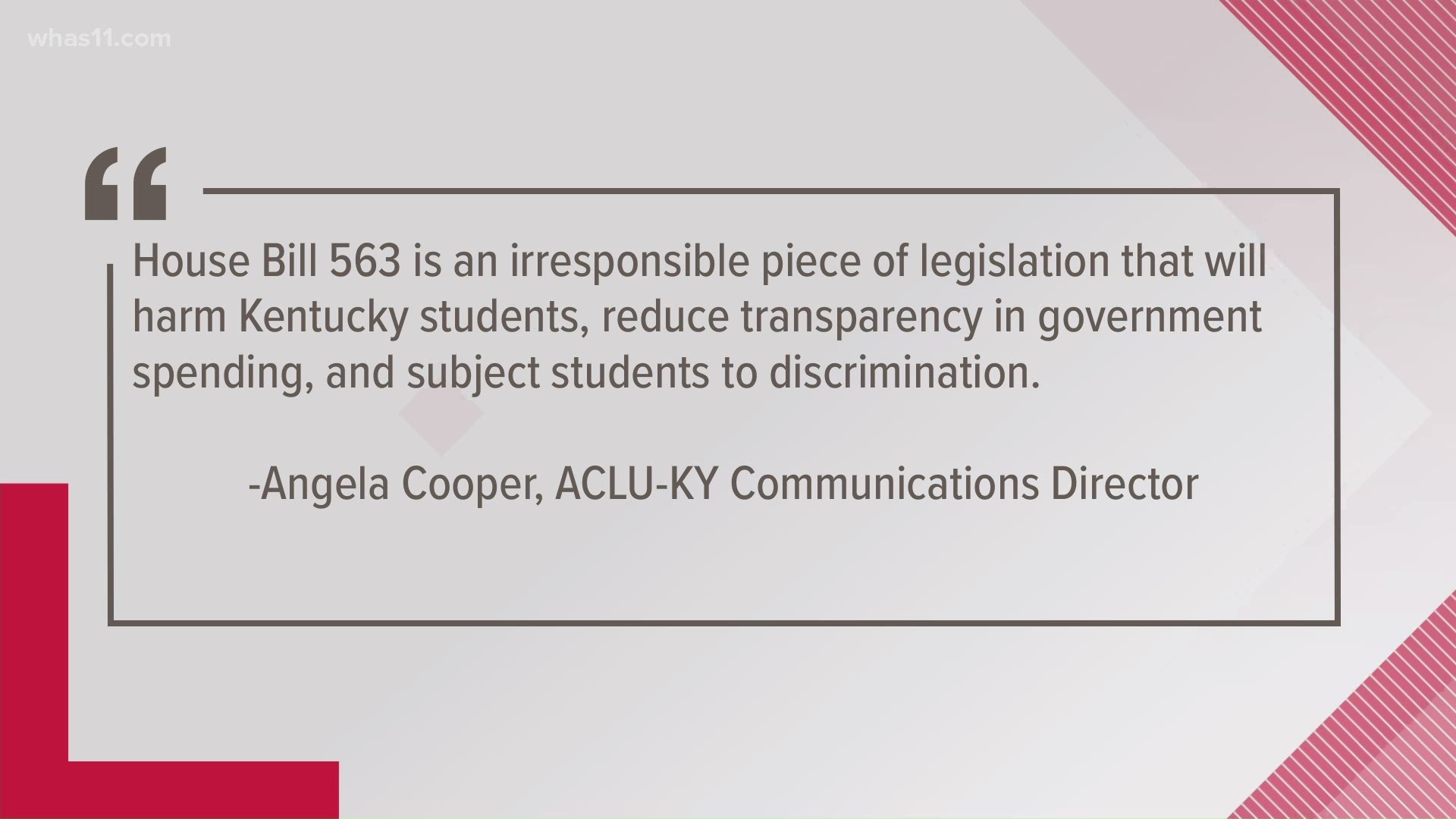 Both the House and Senate scored enough votes as the legislative session nears its final day. The House voted 51-42, followed by the Senate’s 23-14 vote.

“This is just another slap in the face to our teachers whom we ask so much of,” Rep. Mary Lou Marzian, (D)-District 34, said.

HB 563 creates $25 million in tax breaks to send kids to private schools. Those who support the bill feel it would give families the opportunity to switch from school district they feel have failed their students. The students would also have to sit out of athletics for a year if they made the switch.

Beshear recently shared his concern with the bill saying it would take money away from public education and send it to “unaccountable private organizations” with little oversight.

"When textbooks are completely eliminated in terms of funding in the state budget, they can’t understand how the state has $25 million dollars in tax breaks to send kids to private school," he said.

Opponents of the bill also rallied at the Capitol.

"We are disappointed in this legislature’s attack on public education. Public funds belong in public schools. House Bill 563 is an irresponsible piece of legislation that will harm Kentucky students, reduce transparency in government spending, and subject students to discrimination.

All Kentucky kids deserve access to a quality education, and this legislation will exacerbate the existing inequities in our education system. This new law will reduce transparency because private institutions are not subject to the same open records laws as public schools. This law will also allow tax dollars to support schools that are not required to ensure equal access regardless of race, gender, sexual orientation, religion, or ability."

The organization also said it could lead the way for school vouchers statewide.

Gov. Beshear hadn't released a statement after the bill became law but said earlier Monday that he is "a proud graduate of Kentucky public schools. I know firsthand the impact education has on our lives. I will always defend our educators and the children of Kentucky."