The state budget director asked agencies for 12.5% cuts, and suggested labeling in a way to keep them from open records requests until they’re finalized. 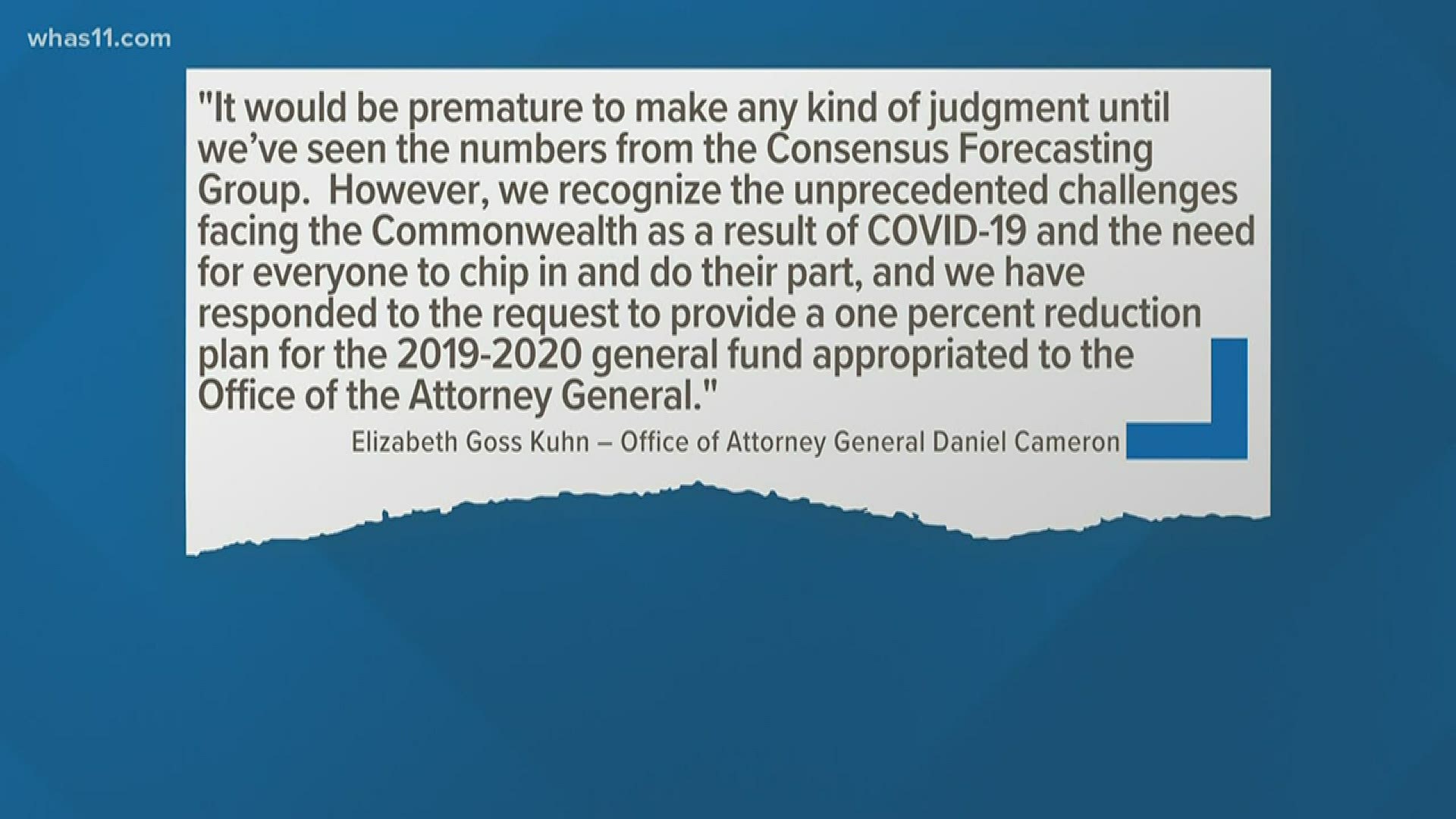 FRANKFORT, Ky. — Letters sent from Kentucky's budget director John Hicks to state agencies and constitutional offices call for a hiring freeze on personnel not connected to the coronavirus response and a halt to spending on anything unrelated to the crisis.

A budget shortfall due to COVID-19 closings is blamed for the requests which also calls for 12.5% budget cuts for the next fiscal year beginning July 1, 2020.

The tone of the letters differ slightly depending on which group they were sent to. One appears to be a mandate, while the other stated, "respectfully request."

“What you do in these situations is you ask organizations to make multiple plans including what is the absolute worst and they can then work back from there," Beshear said. “So what they’re preparing right now is going to be, I think, very different than the final that we see.”

A question on social media focused on a line by Hicks which suggested plans be marked as “preliminary.” Marking them "preliminary" somewhat protects the letters from Open Records Requests until they’re finalized. That’s because if the information is made public before a deal is inked, taxpayers and other lawmakers could call for change.

The letter told the cabinets and state agencies that the cuts must be prepared and submitted, and to send any request for comment to the Governor’s communications team.

Beshear appeared to downplay any suspicions, saying they are a draft because they have not had the Consensus Forecasting Group come back in

“They are coming back here soon to give us the official numbers that will make up what we have to work off of," Beshear said.

The letter to state constitutional officer included a line that cooperation was “respectfully requested”, and did not include the line about protecting “preliminary” plans.

We should note that when Beshear was Attorney General, he accused Governor Matt Bevin of overstepping his authority by mandating budget cuts. Since then, budget bill language has changed to clarify a constitutional officer’s role in their agency’s budgets which may account for the difference in wording.

Secretary of State Michael Adams tweeted an apparent response that says "While his office is “small”, and services increased during the pandemic, they were being team players and fiscal conservatives by returning money to the general fund."

Attorney General Daniel Cameron’s Communications Director released a statement: “It would be premature to make any kind of judgment until we’ve seen the numbers from the Consensus Forecasting Group. However, we recognize the unprecedented challenges facing the Commonwealth as a result of COVID-19 and the need for everyone to chip in and do their part, and we have responded to the request to provide a one percent reduction plan for the 2019-2020 general fund appropriated to the Office of the Attorney General.”

We likely won’t know the extent of the shortfall for at least a week to ten days. Late next week the Consensus Forecasting Group is set to meet, they predict budget revenues and early estimates are that the pandemic will leave the state $318B to nearly a half billion dollars in the red.