As we head into the holiday weekend, people are preparing for beautiful displays to light up the sky, but that can only happen if used properly. 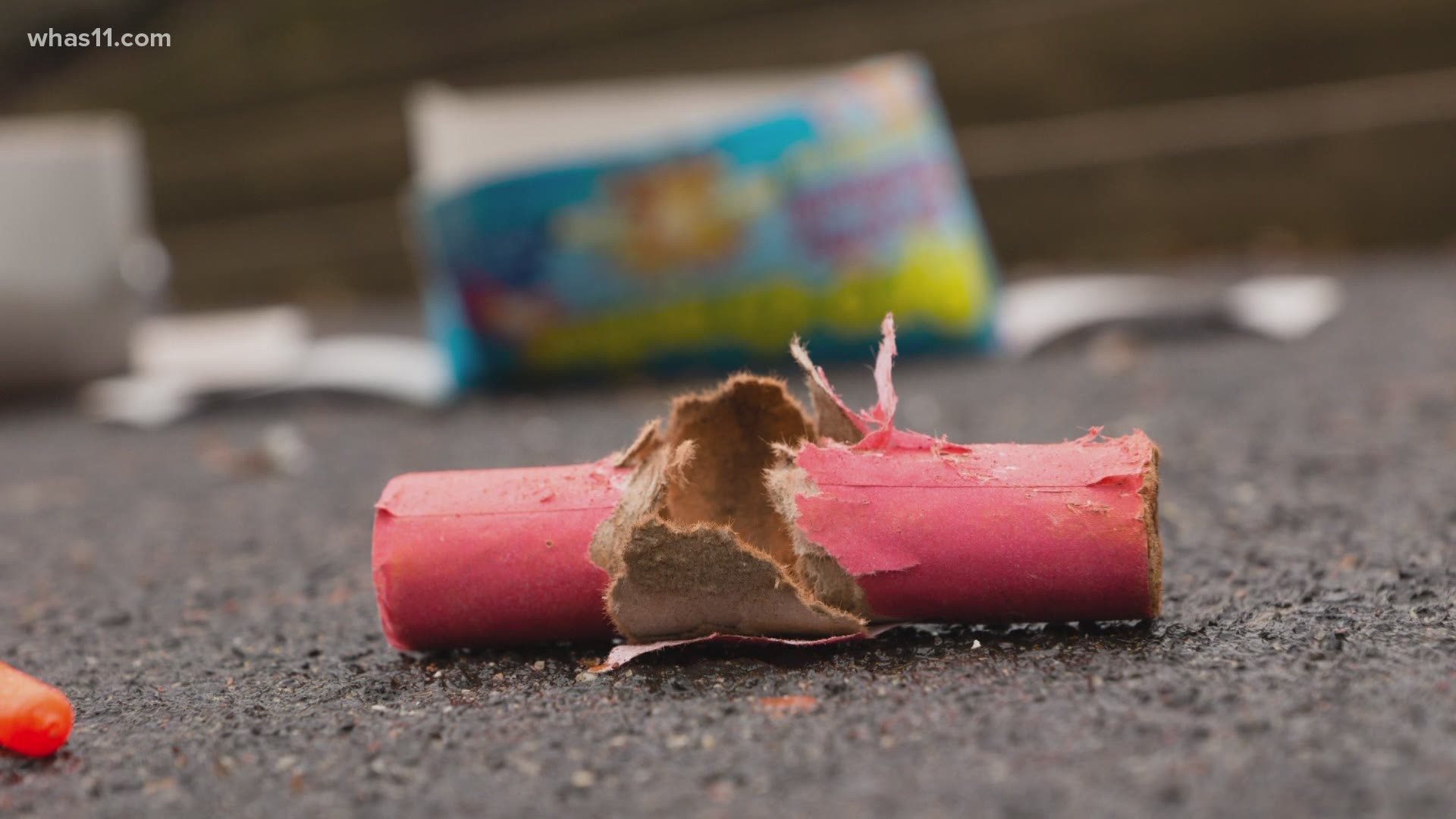 ELIZABETHTOWN, Ky. — One person is dead and several others are hurt after a home explosion in Hardin County. Officials said the explosion may have been caused by homemade fireworks. While the Hardin County Sheriff's Office tells us all of the products used were legal, they say they were not appropriately mixed.

Some ordinary household items we all have around our homes, can become dangerous quickly. Explosions like these, or other dangerous incidents can happen to anyone who is mixing chemicals.

"Chemicals are meant to stay separated they are not meant to be put together," said Michelle Broers, the Burn Program Manager at UofL Hospital.

Broers said every day at-home chemicals can easily become deadly. Which is why it's important to know where they are stored.

"I think sometimes we underestimate what certain household chemicals can do," Broers said. "We have seen very devastating firework injuries especially over the last several years."

As we head into the holiday weekend, people are preparing for beautiful displays to light up the sky, but that can only happen if used properly.

"Just like most burns, most people think it would never happen to them," Broers said.

Just Wednesday night in Hardin County, officials believe the explosion was caused by homemade fireworks. But you can also get hurt by using commercial fireworks that you purchase. Even if you've been using them for years, Broers said to always know who you are purchasing them from, where they came from and if they have been stored in the right environment.

And if you do get hurt, she warns you should not ignore it and get to the right medical facility.

"Those injuries can get worse very quickly and we don't want to underestimate that irreplaceable damage," Broers said.

RELATED: Where to watch July 4th fireworks on TV, online this year