Oldham Co. to decide whether or not to allow church drive-in services for Easter 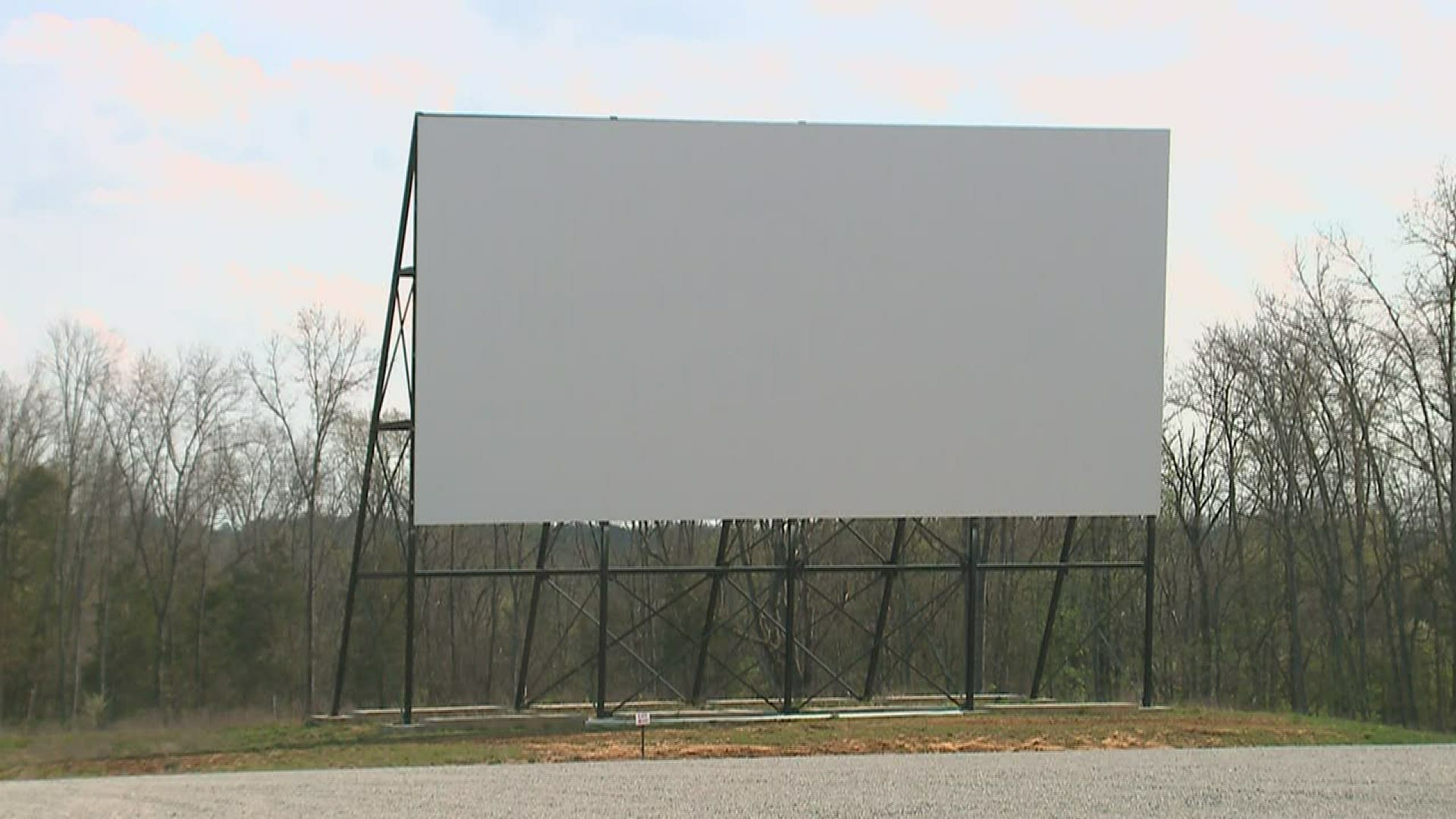 OLDHAM COUNTY, Ky. — Leaders in counties around the state are grappling with the difficult decision on whether to allow drive-in church services this Easter weekend.

In Jefferson county, Louisville Mayor Greg Fischer has already said they aren't allowed, but just over the line in Oldham Co., the health department is still deciding.

The Saurbeck family drive-in movie theater on Griffith Rd. in LaGrange isn't showing films right now, but the owners are hoping to use their 300 acres of land to hold drive-up services for area churches this weekend.

"We have this very large facility that allows us to have a perfect opportunity for social distancing," Stephen Saurbeck said. "Our lot by design could hold up to 450 cars so we’re restricting each services to no more than 200 cars so that allows plenty of room to space out, at least six feet apart, probably a little more."

Saurbeck said they plan to enforce strict rules set up by Governor Andy Beshear after he gave the green light for drive-in services.  The governor said it's okay as long as certain rules are followed. Cars have to be six feet apart, no one can get out of the car, and nothing can be passed around, meaning no communion or collection plates.

"There’s obviously this huge need for churches to hold services, this big desire they want to. And they’re not allowed to in their own facilities and so we got the approval from jurisdictions to hold drive in services so we wanted to accommodate as many as we could in a safe manner," Saurbeck said.

The drive-in operates through FM radio, so people will not need to even roll their windows down. Daytime services this weekend will be live with a pastor delivering the sermon and the evening services will be pre-recorded videos. Each service is limited to an hour and spaced out at least 30 minutes apart.

"Once you enter the parking lot attendants will help you park with the proper spacing. Once the service is over, then everyone will leave out in orderly fashion and the next service will start loading back in," Saurbeck said.

Quickly after the governor announced he'd given the green light for drive-in church services, Saurbeck said he received calls from churches wanting to hold services at the family theater.

The churches are very "gracious" to have an opportunity to worship together this weekend, according to Saurbeck. He said he believes the drive-in is the safest possible way.

"The drive-in offers a very unique opportunity that you can't get anywhere else. So not that were trying to find a loophole or an exemption, it's just a different scenario," Saurbeck said.

Despite the state blessing to proceed, Saurbeck said he understands the concerns about hosting the services and has been in close contact with local health officials.

Oldham County Judge Executive David Voegele said he would leave the decision up to the health department.

Saurbeck understands the concerns about holding the services saying he’s been in close contact with health officials.

In a statement she said, "I am very appreciative of how our Oldham County faith-based community has followed the recommendations of Governor Beshear and The KY dept for Public Health to prevent the spread of the COVID19 virus. The Drive-in management contacted me several weeks ago about the possibility of Easter church services. I informed them that planning could take place, however, a final decision would be made closer to Easter week-end and would be based on changing local conditions."

"We're hopeful that it'll get to happen but at the same time we are not in any way going to be defiant against government regulations," Saurbeck said. "Then we will quickly convey that to the churches as well and that was always our understanding and agreement with the churches from the very beginning.”

For now, Saurbeck is moving ahead as planned, while the Oldham Co. Health Department plans to give a final thumbs up or down on Friday.

Gov. Beshear was asked again Wednesday about his guidance on allowing drive-in services. He reiterated that he supports local jurisdictions not allowing them. He said for those who are, it's okay as long as they follow the rules.

Jefferson County Mayor Greg Fischer said earlier this week he will not allow drive-in services due to being a densely populated urban area. Saurbeck said he realizes there may be different guidelines just over the county line.

"It is different than Oldham Co. demographically and we are a very large outdoor facility. Our parcel is 30 acres but were part of a 100- acre development that has nothing on either side. So we are very spread out, we have plenty of room," Saurbeck said.

The drive-in staff will count cars for services, taking place on Saturday evening and all day Sunday. They are also taking online reservations for each service. Only one church service is currently filled as of Wednesday evening.