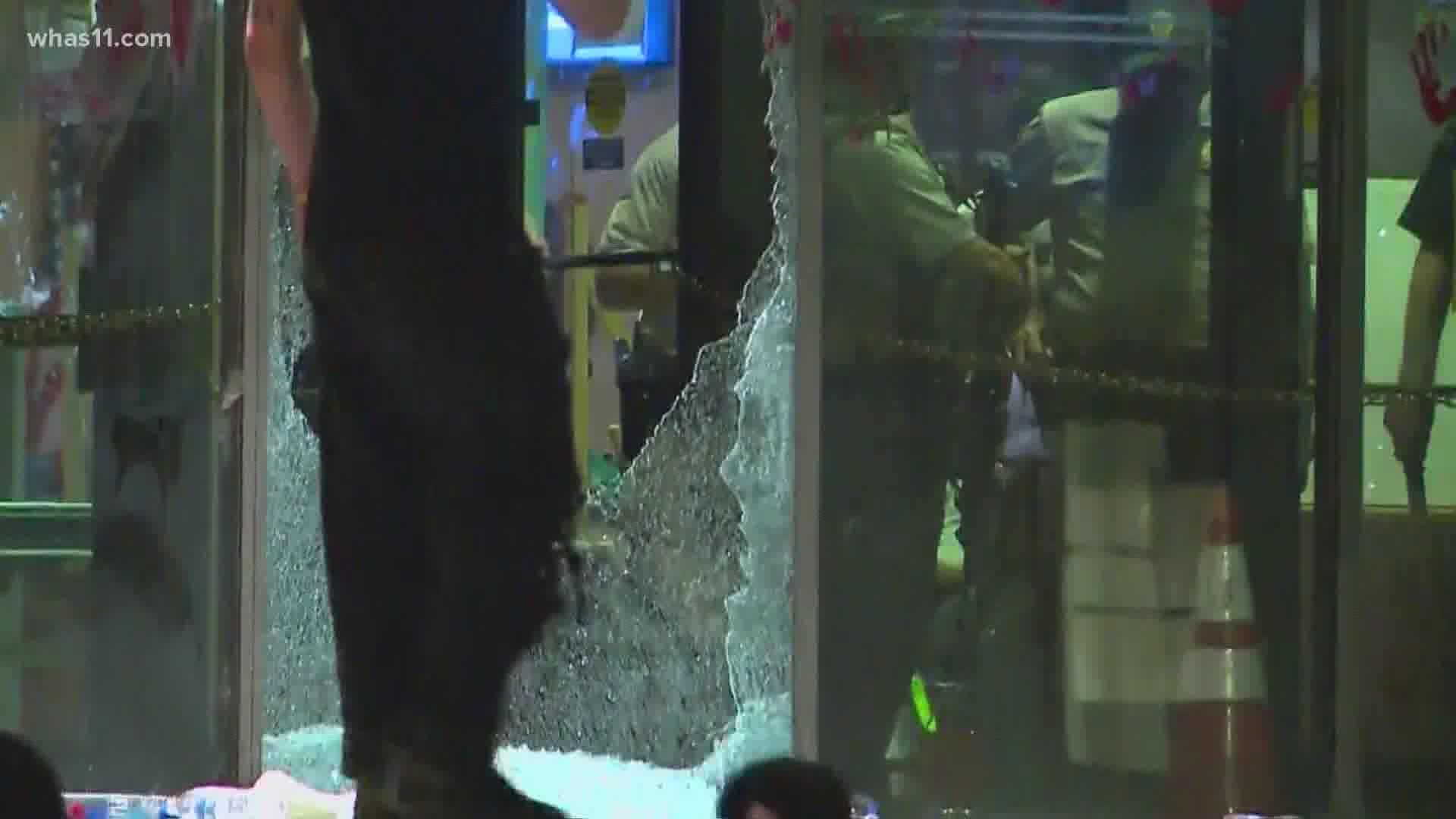 LOUISVILLE, Ky. — Governor Andy Beshear announced Saturday morning that he is calling up the National Guard to help keep peace in Louisville.

This comes in response to a second night of protests in downtown Louisville which saw the destruction of property throughout downtown and looting of stores.

"The demonstrations in Louisville have all started peacefully but what we have seen last night and what our intelligence says is going to happen tonight are outside groups moving in trying to create violence to harm everybody who is on those streets," Beshear said.

Additionally a dusk to dawn curfew will be implemented, according to Louisville Mayor Greg Fischer.

RELATED: A curfew has been implemented in the city of Louisville: Here's what it means for you

The implementation of a dust to dawn curfew will be in effect for at least two days.

A significant amount of protesters are not from Louisville, Louisville Metro Police and Fischer said during a press conference early Saturday morning.

“These guys were taking Molotov cocktails and they were trying to not create a situation in which other people were injured,” Halladay said.

People came downtown Saturday morning to check out the aftermath of Friday night’s events. But Mayor Fischer says the best way people can help is by staying away.

“If you’re a Louisvillian and you want to help us right now, what you can do is stay home and encourage your friends and family to stay home and work for justice in orderly ways,” Fischer said.

According to Halladay, police made six arrests last night in connection with the protest. Halladay also confirmed that the six officers were injured with two suffering showing concussion symptoms.