If you don't know it by it's name, you've surely driven by this massive brick building on Logan Street. The empty building now has a new owner. 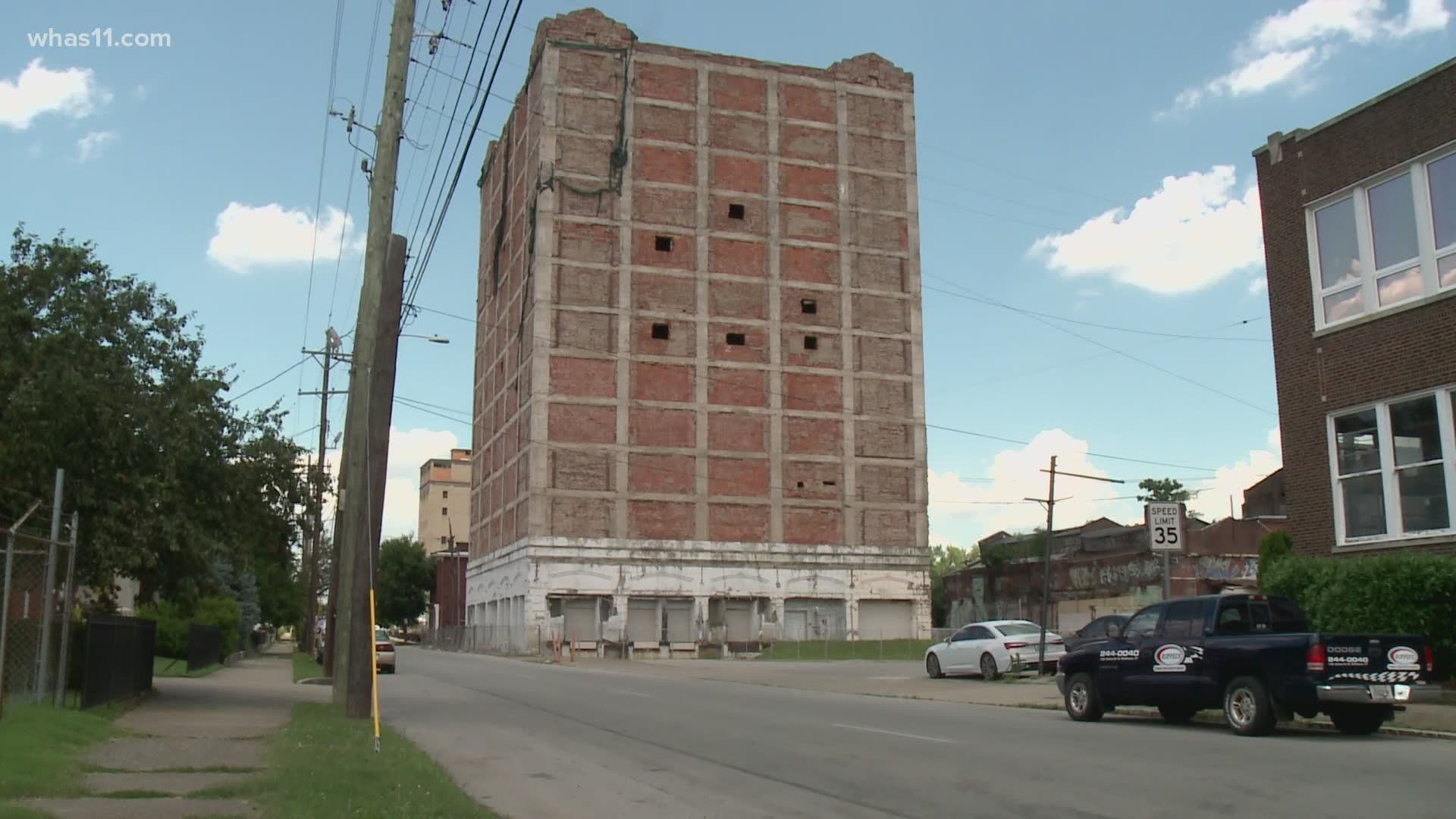 LOUISVILLE, Ky. — It has sat tall for decades at 13 stories high, you can't miss it on Logan Street. There has been high hopes for Merchant's Ice Tower for years to invigorate the Smoketown neighborhood. Now, it's a reality.

If you don't know it by it's name, you've surely driven by the massive brick building on Logan Street.

"The ice tower was there because they had to keep the beer cold and the inside is all cork," said Co-owner of SVN Premiere CRE & Auctions, Bill Menish.

Menish sold the massive building with beautiful views. The tower is one of three buildings included in the deal. The property sold at just over $905,000 during an online auction.

"In an online commercial bidding auction, if you have five to 10 people bidding on it, that's fantastic. We had over 25 bidding on this auction, and we had more than 60 plus interested in it. In fact, we keep getting calls to this day of people saying did it go through? Is it closed yet?" said Menish.

Rich in history, it sat vacant for years. The inside of the building became a target for taggers and spray paint covers the walls.

"There was a period of time when the bricks were falling off of the building. Now with new buyers, neighbors know this is a big catalyst for the neighborhood," said Menish.

The original facade is now a canvas for revitalization. While it has had plans for redevelopment in the past, this more than a century old tower is now moving forward.

Menish described the buyers initial plans, "It sounds like they'll do apartments, mix-use with offices and restaurants. It's going to be big for Smoketown."

We hope to learn more about the plans for this property soon.