'This is a very dangerous time in the history of our country': Louisville political experts weigh in on D.C. riots

Elections have been contested in the past, during the process of certifying the electors, but the objections this time, Eugene Mazo said, were "dangerous." 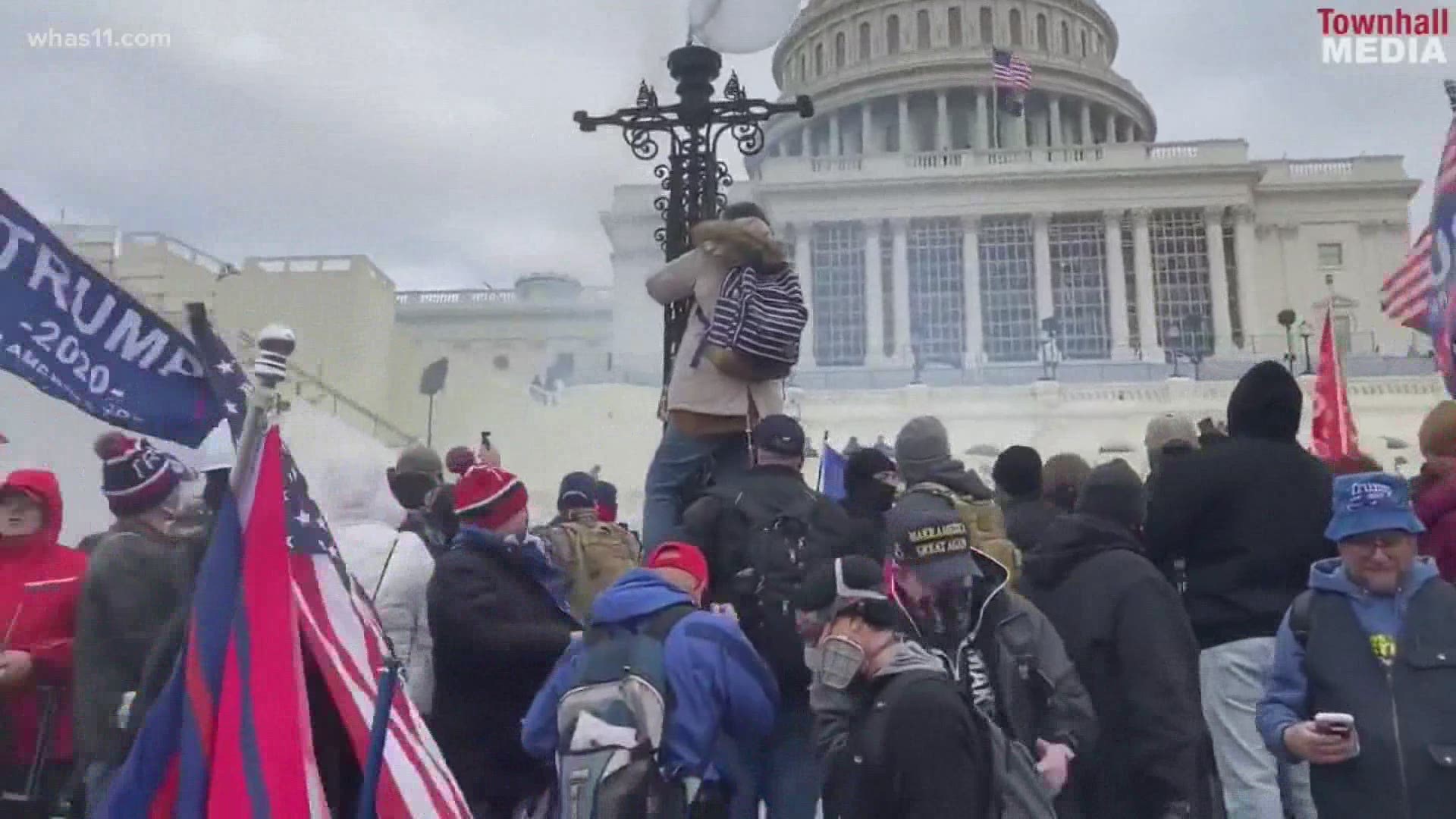 "What's perplexing is why nothing was done about this. It just begs all kinds of question. How did this happen?" Gainous said.

With the national guard activated to control the situation only after the Capitol was breached, Gainous said that begs the question, did the president resist sending in federal resources?

"He is the commander in chief and so what I do know for a fact is that he has the authority to send them in there, to stop this," Gainous said as he watched the mob inside the Capitol in the earlier afternoon hours.

The presidential response to what happened, Gainous said, is unprecedented, just as never in history has the U.S. Capitol been stormed by protesters.

"This is a very dangerous time in the history of our country," Eugene Mazo said.

An election law professor at University of Louisville Brandeis School of Law, Mazo said Wednesday's events leading up to the riots aren't new. Elections have been contested in the past, during the process of certifying the electors,  but the objections this time, Mazo said, were "dangerous."

"It was kind of a political stunt and it's gotten out of hand," he said. "It's become very dangerous because it's results in physical violence and I think as a country, as a democracy, we should be above that. It's just something that shouldn't happen, especially over an election."

Mazo said the president already had his day in court, but what happened Wednesday he said shows a deeper-seeded issue.

"The problem isn't President Trump or rather he's just a symptom of the actual problem. The problem that were actually facing is this country is extremely polarized," Mazo said.

"I'm afraid that we are seeing the threads of our democracy unravel right before our eyes," Gainous also said.

Now, some are pointing towards invoking the 25th amendment to remove Trump from office.

"The 25th amendment allows a way for secession to move quicker if members of the cabinet deem the cabinet unfit to serve. its never been used," Mazo said.

Mazo also said it's not a quick process and that it's intended for when a president is incapacitated. He said he doesn't believe it will be invoked now.