'Folks, not moving over is unacceptable.' KSP trooper stresses importance of 'Move Over' law

While most drivers were good at giving him space to work, the trooper said others just ignored the flashing lights - and state law. 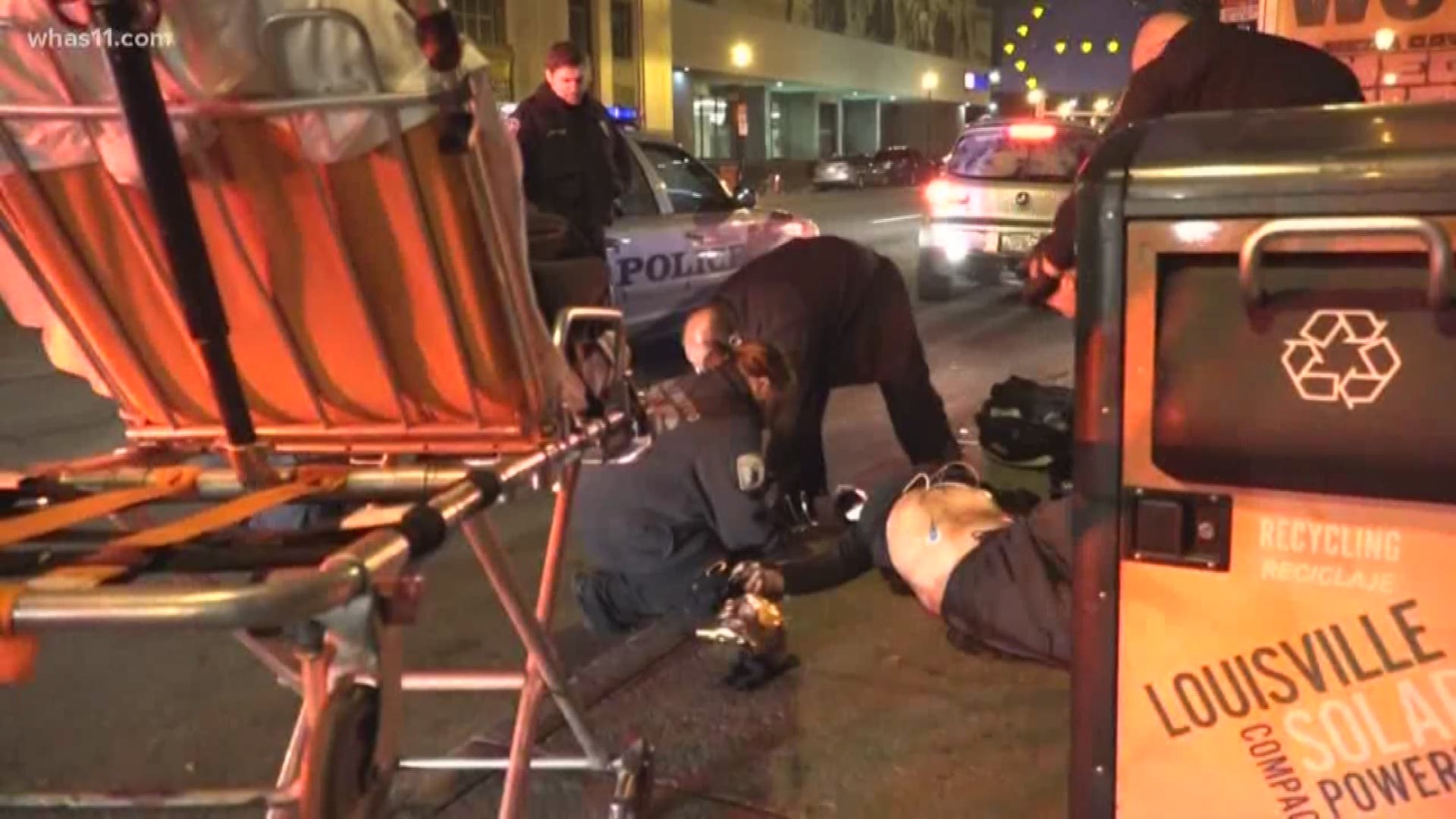 LOUISVILLE, Ky. — After helping a woman with her disabled van, a Kentucky State Police trooper made a passionate plea, reminding drivers of the importance of the “Move Over” law.

KSP Trooper Robert Purdy put his message on Facebook on Jan. 23. As he was heading to the office, he noticed a van on the side of the interstate with a missing front wheel and a woman standing in the grass. He pulled over to help.

Trooper Purdy said the woman was “distraught” and didn’t know what to do about her van. After inspecting the vehicle, he determined that they wouldn’t be able to change the tire because it looked like some of the lugs broke off while she was driving. Trooper Purdy would later learn that when the woman’s tire came off, it crossed into oncoming traffic and struck another vehicle.

The trooper encouraged the woman to call AAA so she could get her van towed. Then, he advised her to get back into the van and buckle her seatbelt. He explained that the side of the road could be “an incredibly dangerous place” and he didn’t want her to get hurt while she waited.

Trooper Purdy got back into his cruiser but stayed on the shoulder until the tow truck arrived. As he waited, he said he couldn’t help but watch the other vehicles pass in his rearview mirror.

“This is the view that we as first responders see on a daily basis,” he said in the Facebook post. He said most drivers do a good job of giving them space to work and that he is grateful for that. However, he said other drivers ignore the flashing lights, roadside signs, and PSA’s about moving over for stopped emergency vehicles.

“Folks, not moving over is unacceptable,” he said in the post. “It’s illegal, it’s dangerous, and it unnecessarily jeopardizes human life.”

In the 12-second video he shared on Facebook, at least three vehicles are seen passing in the lane closest to the trooper’s cruiser. The post has more than 500 shares on Trooper Purdy’s Facebook page. Other police departments have also shared his post on their pages.

Kentucky passed its “Move Over” law (KRS 189.930) in 2003, which requires drivers to move to the next lane when approaching an emergency or public safety vehicle. If changing lanes is impossible or unsafe, drivers must slow down as they pass.

RELATED: Louisville Fire hoping to recruit more women and minorities to the field

Even though fifty states have a “Move Over” law on the books, first responders are still at risk. A Georgia officer was injured in December when a distracted driver hit his cruiser after he finished conducting a traffic stop. His cruiser was pushed across four lanes of traffic and his injuries kept him away from work for six weeks.

Trooper Purdy hopes local drivers will abide by the “Move Over” law and help keep his fellow first responders safe.

“This is our work space, and we are working hard to keep you safe. Please return the favor and #MoveOver for my first responder family.”