Body camera footage from the LMPD officer shows the car backing into him before his camera is dislodged and shots are fired. 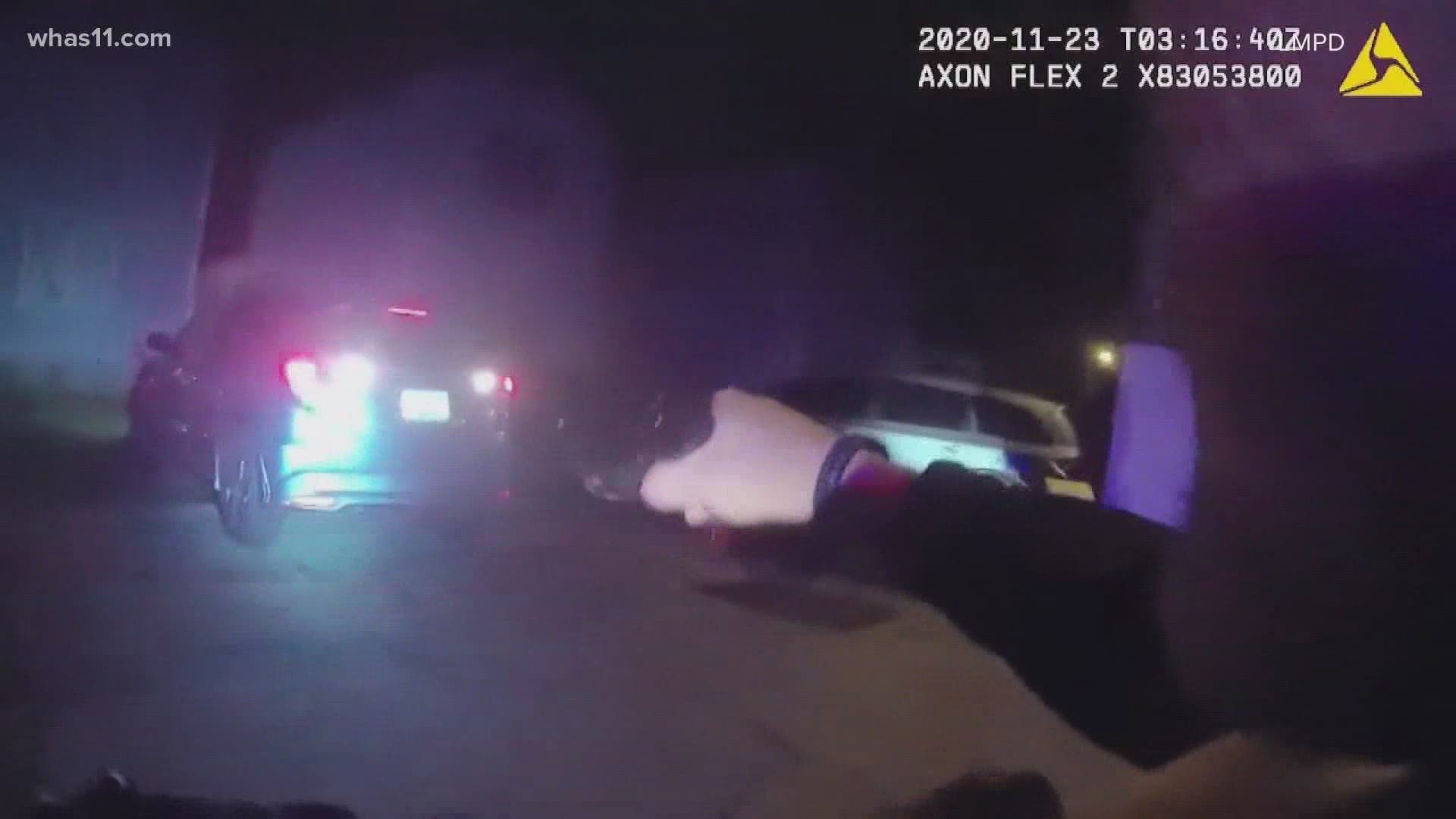 LMPD Interim Chief Yvette Gentry said Officer Harry Seeders, who has been with the department since 2018, pulled over a stolen car in the Portland neighborhood at around 10:30 p.m. During the stop, the officer fired his weapon and shot 49-year-old Brian Allen Thurman, who died from his injuries.

Video shows the officer following the car onto the 2100 block of Gilligan Street. He then turns on his lights, gets out of the car while pointing his gun and yells for the driver to show his hands and turn off the car.

"The officer was doing everything in his power to make sure this instance went smoothly, however, he cannot control the decision making of, in this case, Mr. Thurman," police expert Alex Payne said. Payne is retired deputy commissioner of KSP with 35 years of law enforcement experience

In the video, while the officer speaks to dispatch, the car's lights turn back on. He yells at a woman on the passenger side to "stay in the car." The passenger cannot be seen but can be heard yelling.

As the officer walks behind the car toward the passenger, Thurman begins to back the car out of the driveway and into the officer. The officer yells "Stop!" multiple times as his camera is dislodged from his uniform. He fires into the car. The officer tells dispatch "shots fired" and then waits for other officers to arrive.

When backup arrive, the officer points them to the driver and says, "He's hit, he's hit, he ran over me with the car."

"You can actually hear it in that young man's voice, the criticality of the situation," Payne said.

Officer Seeders was taken to the hospital to be treated for other injuries and is currently recovering. He is on leave during the investigations, as is standard procedure.

While it is LMPD policy to release body camera footage within 24 hours of an incident, the investigation is being led by Kentucky State Police following a reform agreement that requires KSP be the primary investigating agency for LMPD critical incidents.

KSP Sgt. Billy Gregory said they waited to release body camera footage until all witnesses and officers involved had been interviewed and all facts had been gathered, which is part of their standard operating procedures.

"We encourage everyone to remember this video is only one piece of evidence, and the totality of every piece of evidence is to be considered without exception during all investigations," Gregory said.

Gregory said the investigation is ongoing, and no other information can be given until it is completed.