Gov. Andy Beshear called lawmakers into an extraordinary session to implement policies to slow the spread of COVID-19. One measure passed both chambers on day one. 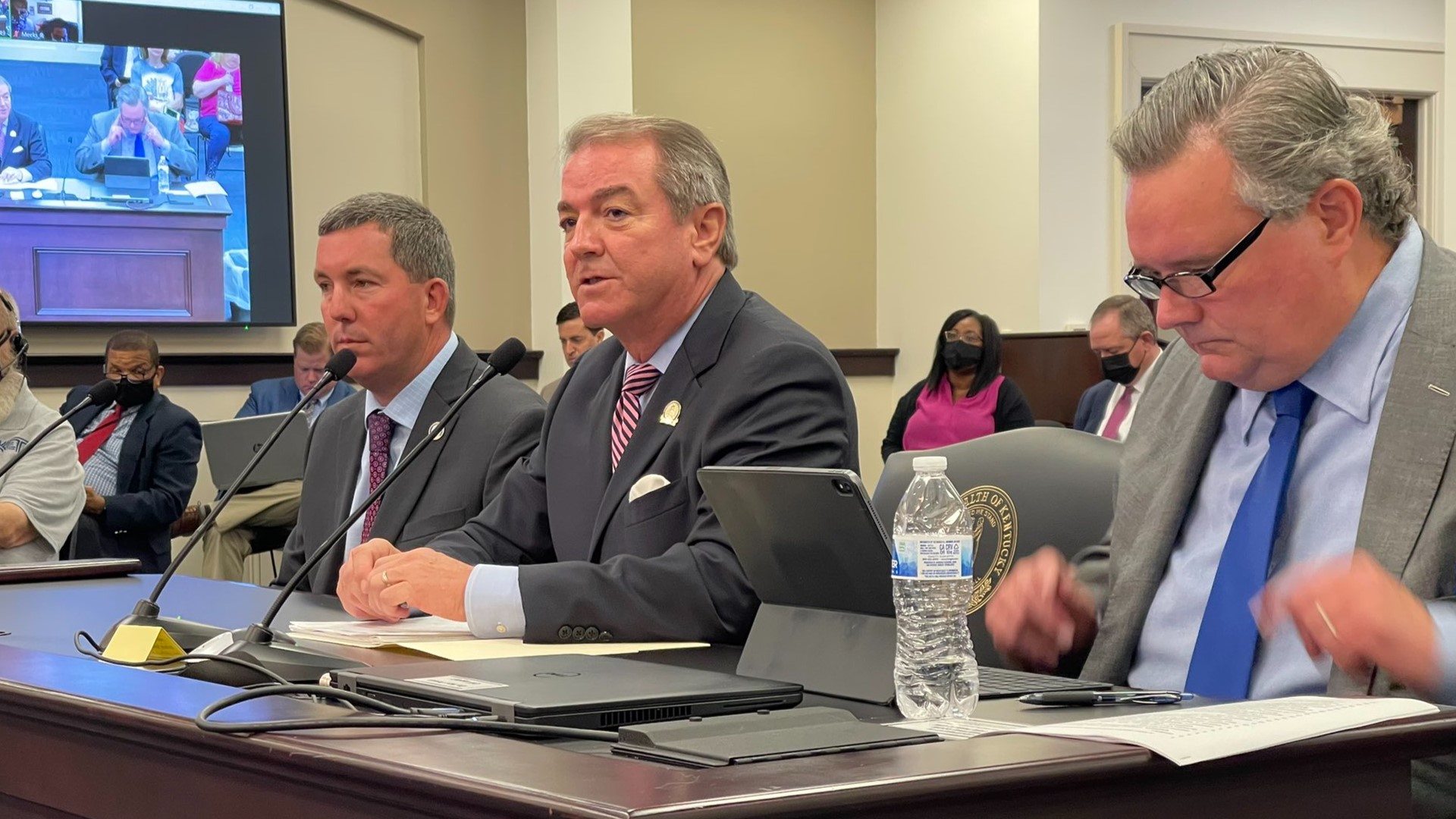 FRANKFORT, Ky. — Lawmakers in Frankfort wasted no time Tuesday, passing a bipartisan resolution through both chambers that extended some of the governor's executive orders on their first day of a special session.

Gov. Andy Beshear, D-Kentucky, asked the Republican-led legislature to extend his state of emergency until Jan. 15, 2022, give school districts more covid response options and allow him to reinstate a mask mandate.

That law requires the General Assembly to extend executive orders signed by the governor in times of emergencies if they are needed for longer than 30 days.

Tuesday, the legislature took steps to do just that.

There are six other bills lawmakers will be taking up in the coming days.

Many of these won't see the bipartisanship that HJR 1 did, but House Speaker David Osborne, R-Prospect, said he anticipates lawmakers will wrap up with their work this week.

"We need to be very conscientious about what we do and we need to understand this is an extraordinary session and if we can reach a quick resolution then that's what we need to do, but if we can't then we probably need to go home," Osborne said.

All EO and administrative regulation extensions included in the Special Session resolution would last until Jan. 15, 2022.

Top Democrats placed blame for this special session being called on Republicans since they restricted the powers the governor has to manage the surging COVID-19 cases.

"We're all back here right now because the governor doesn't have the ability to effectively deal with this crisis on a statewide basis given what the legislature did to the office of the governor," Senate Minority Leader Morgan McGarvey, D-Louisville, said. "We've got to make sure that we come in and that the governor, the executive cabinet, the department of education, that have the tools they need to effectively combat this virus."

Friday, 30% of the new cases reported in the state were in people 18 and under according to the governor's office. They report there were 5,111 new cases and 18 and under made up 1,547 of those.

"I say this not as a legislator, but as a parent of three kids who aren't old enough to be vaccinated yet, it's scary," McGarvey said. "We need to make sure that we have the tools, the procedures and the practices in place to keep our people and the public safe and I'm not sure this legislation goes far enough."

A bill that passed out of a Senate committee Tuesday and that is being discussed in a House committee Wednesday would take steps to allow school districts more flexibility to take virtual days.

Check back in this article and stay with WHAS11 as we continue to cover the 2021 Special Session.