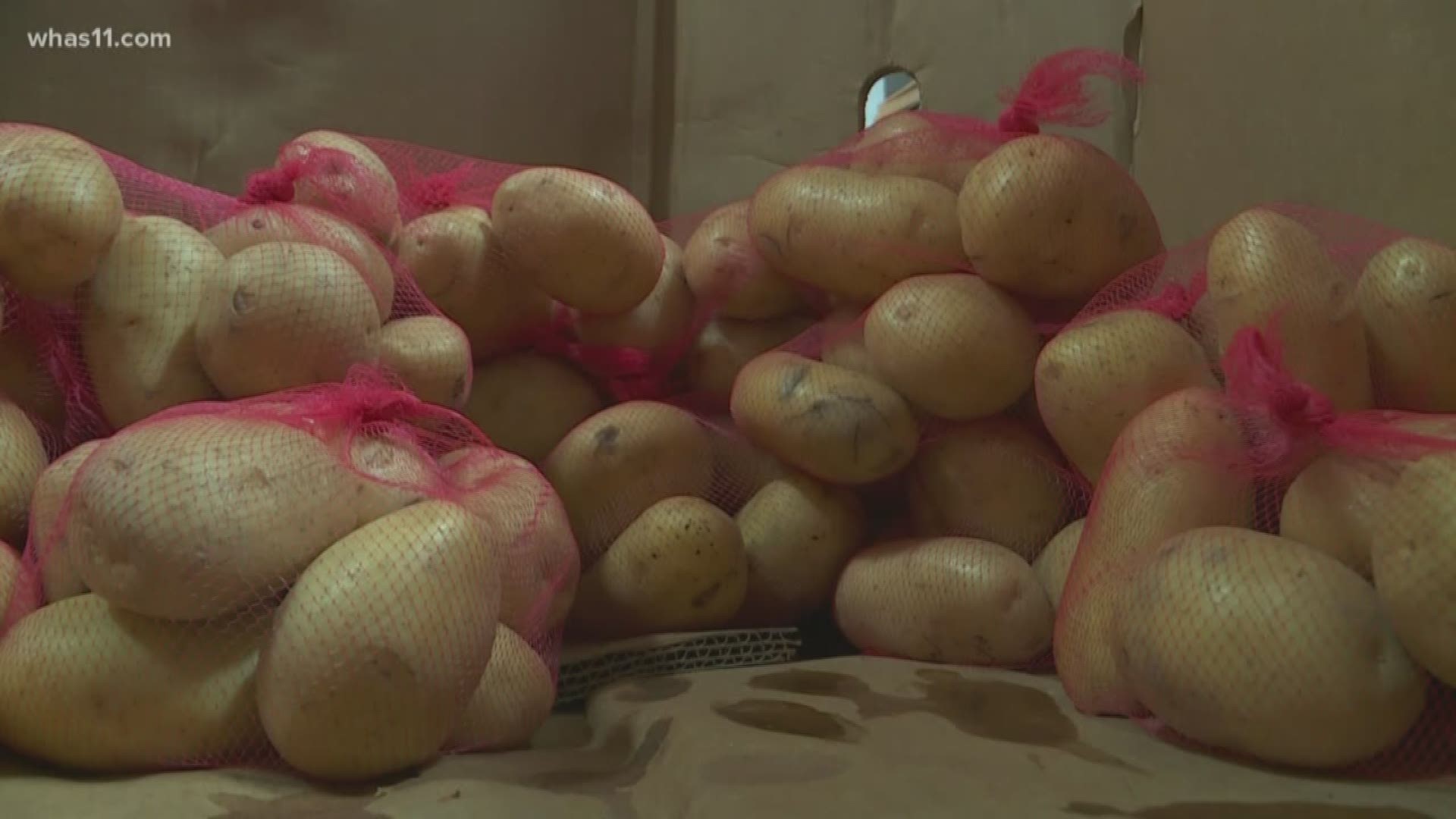 LOUISVILLE, Ky. — Kentucky ranks as the worst of all states when looking at food insecurity for those in their 50's.

A new report released by Feeding America, the nation's largest hunger relief organization, found that 18.6% of age 50 to 59 in Kentucky went hungry in 2017.

That's compared to a nationwide rate of 11.3% for that age group.

It also compared major metropolitan cities. Louisville was not the worst, but did have a rate of 16% for those facing food insecurity.

"Hunger is hidden," Annette Ball said. "We don't know if our neighbor is hungry."

"We are a little bit shocked that we are the worst," Ball said. "And I guess what's more alarming is that we know ages 50 to 59 if you're in good health, you're generally going to be retiring soon and so that income level will probably change."

The report did not point to why those in their 50's see higher rates than those older, but Ball said that may be because there are a lot of factors involved with food insecurity.

"Age, gender, disability, if they have grandchildren living in the phone with them," Ball said. "We don't go in to depth with questions about why there is a need, we want to make sure we can be there to meet that need without throwing up a lot of barriers."

Ball said Dare to Care is aware the older population has a growing need for food right now and is trying to navigate what it can do to help.

"Does that look like a hot meal? Does it look like an individual frozen meal that can make it out to the more rural areas? We don't quite know yet but we are really working to strategize and make a plan soon," Ball said.

Still, Ball said the food bank wants to increase awareness that hunger is a problem in the community — even if it may seem hidden.

"None of us want to see that happen to anyone whether we know or love them or they're someone we come across on the street," Ball said.

Dare to Care Food Bank is currently working on an initiative with Kroger to try to start a mobile grocery. Ball said seniors in the community may also receive SNAP or other benefits to get food, but may not be able to easily access a grocery store.

Food insecurity can also be found in children. As the school year comes to an end. the Kentucky Agriculture Department has links to free summer meals for students in more than 170 school districts.