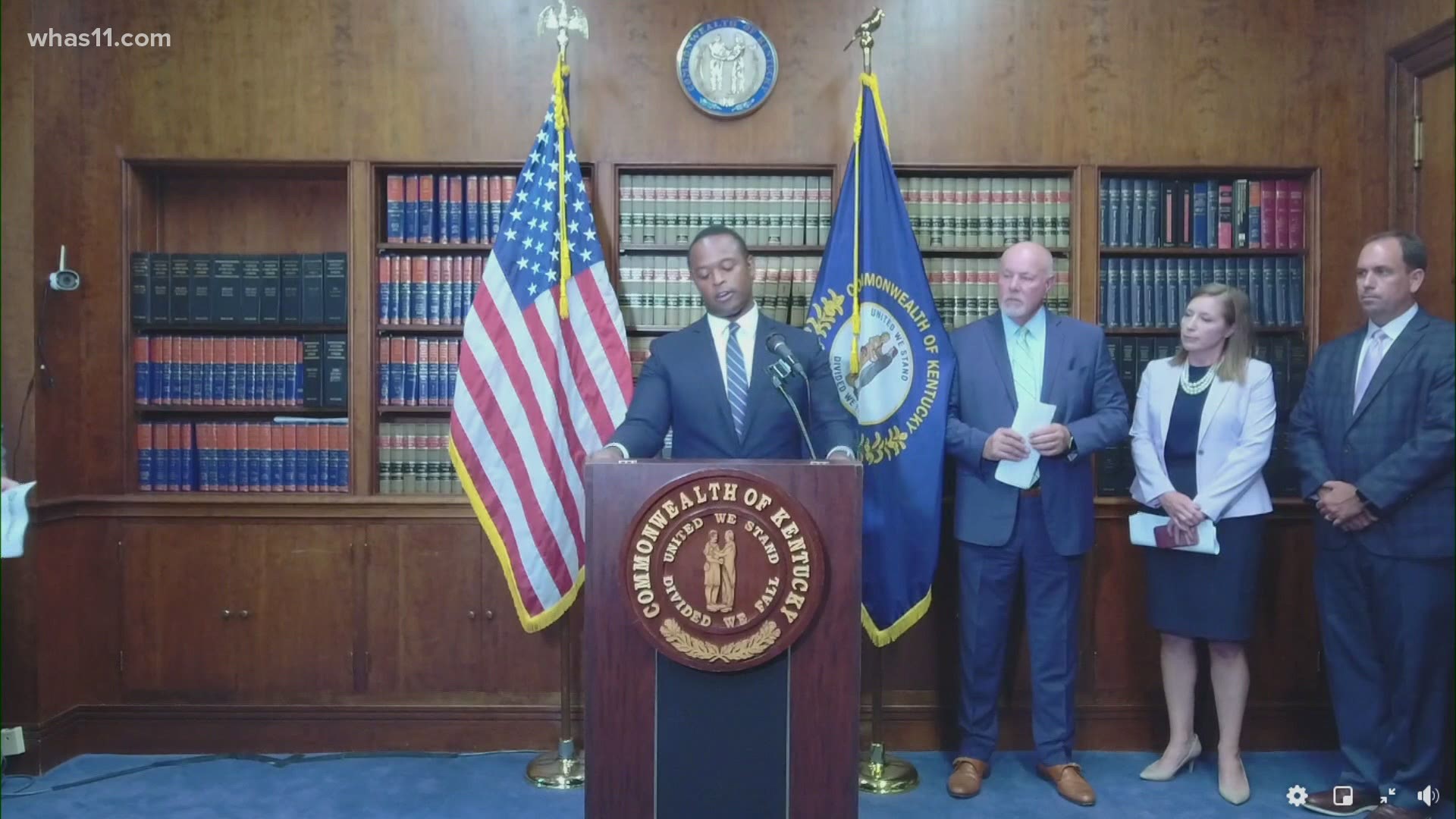 FRANKFORT, Ky. — Kentucky Attorney General Daniel Cameron said the state will receive $460 million in a settlement with four pharmaceutical companies for what Cameron said was their role in creating and fueling the opioid epidemic.

"Today’s announcement marks the end of a long and hard-fought negotiation to ensure that opioid distributors are held accountable for their role in the opioid crisis and that the Commonwealth receives needed funds for opioid abatement programs,” Cameron said.

The settlement is part of a $26 billion national agreement with Cardinal, McKesson and AmerisourceBergen, the nation's top pharmaceutical distributors, as well as Johnson & Johnson.

States have 30 days to sign onto the deal, and Cameron said his office is currently reviewing the agreement. If the state signs on, Kentucky will receive the $460 million over a period of 18 years.

State leaders say the settlement money could be poured into better "prevention and treatment efforts." The share's distribution has been defined in legislation that passed the General Assembly earlier this year — local governments will receive 50% of all proceeds and the state will receive the other 50%, managed by the Kentucky Opioid Abatement Advisory Commission.

Louisville rehab centers, like The Healing Place, say the money is much needed and had suggestions on where it should go.

"Removing as many barriers as possible for the person that is seeking treatment," Scott said.

Then, more extensive housing, and not just during treatment.

"Once they complete treatment, we need to be thinking about keeping them connected to services in a safe structured environment," Scott said.

And finally, job training to open a path post-recovery.

"I think we really need to double down in that sector. The longer that someone is engaged in services, the harder that is to fund," Scott said.

"This is a significant day in the fight against the scourge of opioids here in our Commonwealth," said Senate President Robert Stivers. "The more than $460 million will be crucial as we continue to fight this epidemic at both the state and local levels."

While the agreement resolves claims of both state and local governments across the country, it also requires significant industry changes. The three pharmaceutical distributors are required to establish an independent clearinghouse to provide distributors and regulators data and analytics about where the opioids are going and how often. Johnson & Johnson cannot lobby on activities related to opioids and must stop selling opioids as part of the 10-year agreement.

Attorney General Daniel Cameron today delivered on his promise to fight back against the opioid epidemic by announcing an historic $26 billion agreement with Cardinal, McKesson, and AmerisourceBergen — the nation’s three major pharmaceutical distributors — and Johnson & Johnson, which manufactured and marketed opioids, for the companies’ role in creating and fueling the opioid epidemic.

The agreement would resolve the claims of both states and local governments across the country, including the nearly 4,000 that have filed lawsuits in federal and state courts. The agreement also requires significant industry changes that will help prevent a crisis, like the opioid epidemic, from ever happening again.

This settlement comes as a result of investigations by state attorneys general into whether the three distributors fulfilled their legal duty to refuse to ship opioids to pharmacies that submitted suspicious drug orders and whether Johnson & Johnson misled patients and doctors about the addictive nature of opioid drugs.