These 22 new Kentucky laws are now in effect

The laws were passed during the 2021 General Assembly. Topics range from early voting to what is considered "professional wrongdoing" by a police officer. 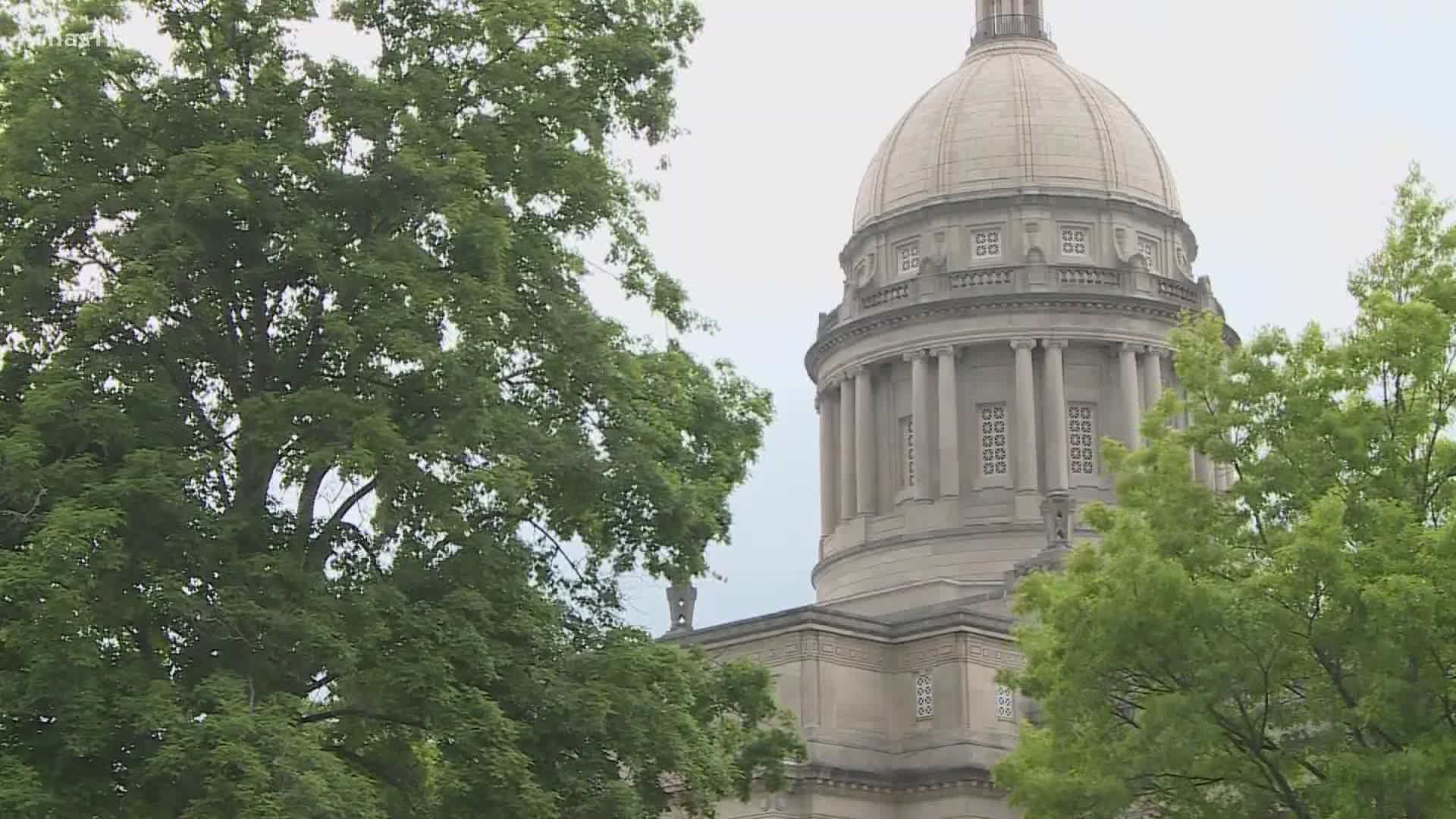 FRANKFORT, Ky. — Starting June 29, more than 20 new laws go into effect in Kentucky. These laws, passed by the House and Senate during this year's General Assembly, cover everything from how Kentuckians vote to what is considered a "Kentucky-grown agricultural product."

"In our last election they were given three weeks, this law only gives them three days,” Jefferson County Clerk Bobbie Holsclaw said of the early voting period.

Counties can petition for regional voting locations where anyone can vote. Any new voting machines purchased must have a paper trail and ballots must be counted on election night.

HB563 was one of the most controversial of the session, vetoed by Governor Beshear and pushed through by lawmakers.

Opponents, like the Kentucky Education Association worry now about the impact.

KEA President Eddie Campbell wrote in part in a statement Tuesday, "the provisions of HB563 should have never seen the light of day. The voucher/tax credit scheme embodied in HB563 is an unconstitutional use of public money without voter consent.”

Kentucky's new education bill is facing a court challenge from the Council for Better Education. The case is due back in court for a motions hearing next month.

HB 210: Ensures that employers provide parents adopting a child under 10 years old the same amount of time off as birth parents.

HB 212: Includes demographic, race, income and geography information in an annual state report on deaths among children and new mothers, when those factors are associated with the deaths.

HB 563: Gives families more options when decided where to send their kids to school. The bill allows the use of education opportunity accounts for students to attend public schools out of their district or get school supplies.

HB 574: Makes some of the changes from the 2020 election permanent, including early, in-person voting, ballot drop boxes and county voting centers.

SB 86: Designates 100% of a new dumping violation fee to be paid in the county where the illegal dumping happened.

SB 84: Bans jails, correctional facilities and similar centers from putting female inmates who are pregnant or have recently given birth in restrictive housing, administrative segregation or solitary confinement. New mothers must be given 72 hours with their newborn before returning to the correctional facility and inmates will receive six weeks of postpartum care. Incarcerated pregnant women must have access to social workers and/or community-based programs to help with the placement of their child.

HB 272: Allows water districts to impose a 10% late fee and cut off service if bills aren't paid. Customers getting financial help with their bills will be exempt.

HB 229: Makes a person who intentionally or wantonly causes damage to livestock guilty of criminal mischief.

SB 80: Expands the number of acts considered "professional wrongdoing" by police officers. Acts include use of excessive or deadly force and engaging in a sexual relationship with a victim. Requires an officer to intervene when another officer is using unlawful or unjustified force.

SB 52: Changes statutes so law enforcement officers can be charged with 3rd-degree rape, 3rd-degree sodomy and 2nd-degree sexual abuse if the officer engages in sexual acts with a person under investigation, in custody or under arrest.

HB 126: Increases the threshold of felony theft from $500 to $1,000. Also allows law enforcement to charge members of organized shoplifting rings with a felony if a member reaches a certain threshold.

SB 228: Requires the governor to select a replacement for U.S. Senator from a list of three nominees selected by the same party of the departing senator