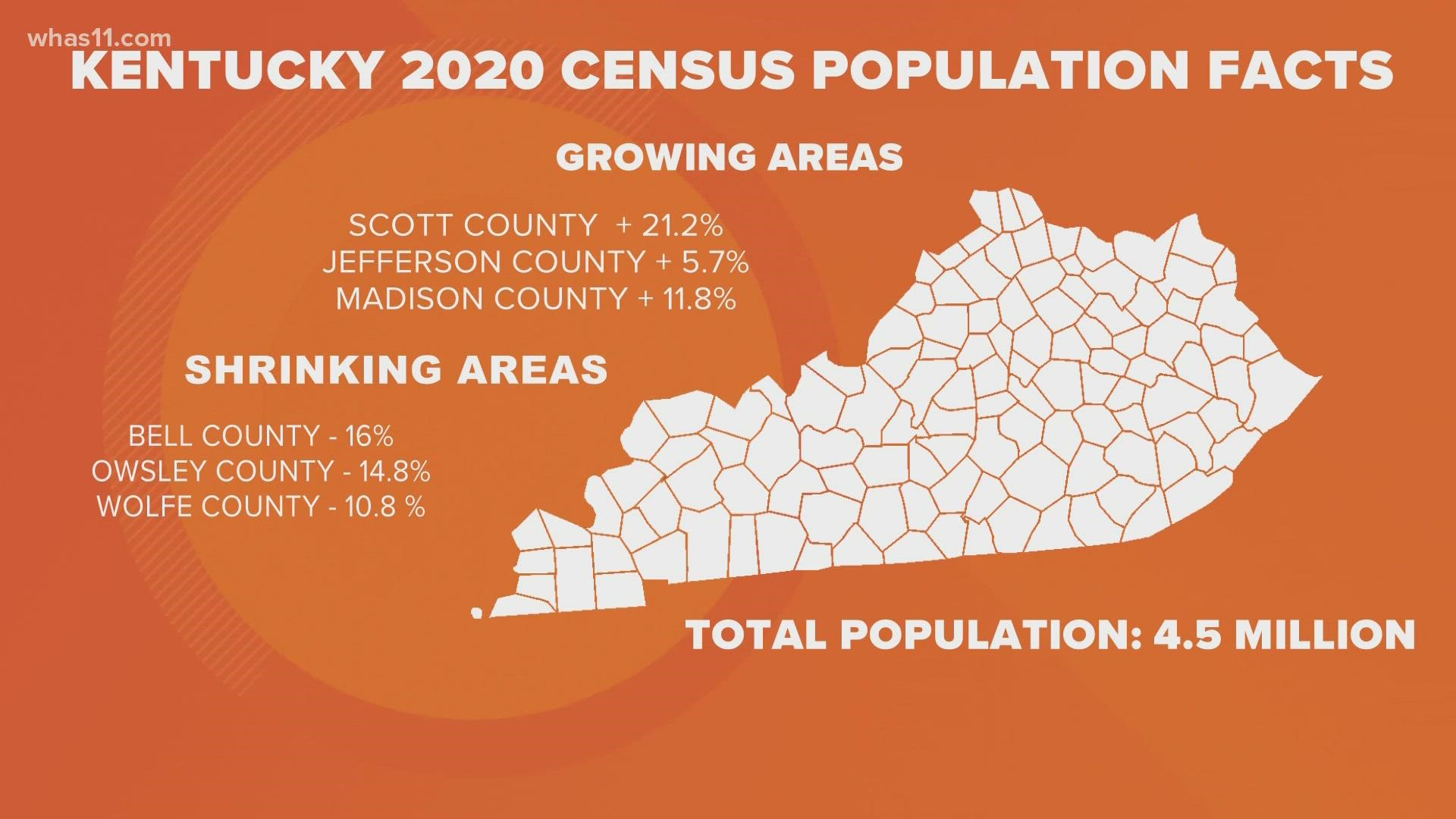 LOUISVILLE, Ky. — Counties surrounding Kentucky's largest cities registered big population gains in the past decade while large swaths of rural counties suffered losses, with the steepest declines in Appalachia, according to data released Thursday by the U.S. Census Bureau.

Metropolitan counties, along with other areas in the state's midsection, showed strong growth. Kentucky lawmakers will use the population trends when redrawing voting districts.

Counties with the biggest growth

Four counties were in the top 10 for statewide population gains:

Fayette County, which spans Lexington, has the second-highest population at 322,570, up 9%. Fayette ranked 13th in population growth among the state's 120 counties.

RELATED: Five takeaways from the release of 2020 census data

The Appalachian region was hit hard by the decline of the coal industry during the decade.

But some rural counties bucked the trend to post strong population gains.

Simpson County, along the Tennessee border, had a 13.1% population increase — sixth best in the state. Simpson also borders Warren County, and the two counties formed a high-growth corridor.

The release of the redistricting data culled from the 2020 census is coming more than four months later than expected due to delays caused by the pandemic. Robertson County had the smallest population at 2,193.

RELATED: 7 waterfalls to visit on your next Kentucky adventure