On Twitter, FBI Louisville announced the arrest of Eric Clark in connection with the U.S. Capitol breach in January. 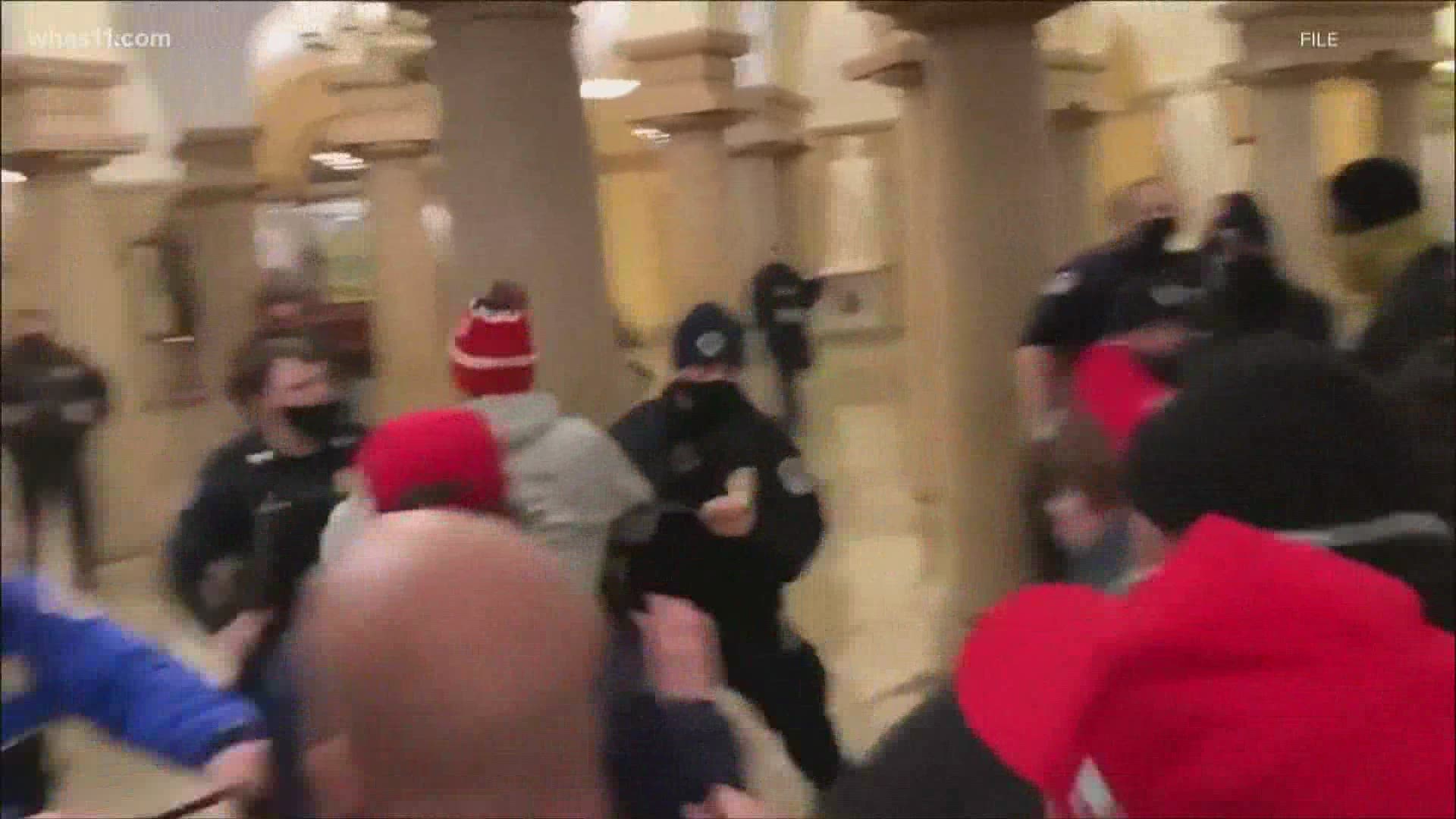 LOUISVILLE, Ky. — A Louisville man has been arrested and charged in connection with the violent U.S. Capitol breach on January 6, 2021.

FBI Louisville announced on Twitter that Eric Clark was arrested May 4. He is charged with knowingly entering or remaining in any restricted building or grounds without lawful authority, as well as violent entry and disorderly conduct on Capitol grounds.

According to the FBI, Clark is in federal custody and is expected to make his first appearance in Federal court on May 4. He is currently being held at the Oldham County Detention Center.

Several other Kentucky residents have been arrested and charged in connection with the U.S. Capitol breach.